SECRETIVE Theresa May hasn’t even told her husband Philip who she is voting for to succeed her in No10, it has emerged.

The PM again yesterday refused to reveal who she backed after casting her vote in the third knock out ballot to pick a new Tory leader.

Theresa May hasn’t even told her husband Philip who she is voting for to succeed her in No10, it has emerged[/caption]

Her spokesman revealed: “When she says she hasn’t told anyone who she’s voting for, I can confirm that includes her husband”.

The Premier’s tight-lipped stance even surprised her aides, as financial adviser Philip May is also her closest political advisor.

Mrs May was quizzed about who she backed on leaving the Commons voting room yesterday afternoon.

She wagged her finger at reporters as she said: “I told you yesterday, none of your business.”

SHORN TO DO WELL


Who is left in the race to be Prime Minister after second ballot?

But the PM will today face a difficult dilemma on what to do when she leaves Westminster for an EU summit in Brussels at lunchtime.

The second of the two final ballots in the contest only opens at 3.30pm, meaning she would have to trust an MP with her choice, and to keep it secret, if she wants to vote by proxy.

Mrs May’s spokesman refused to say what she will do last night, adding only: “She wants to participate in the process”. 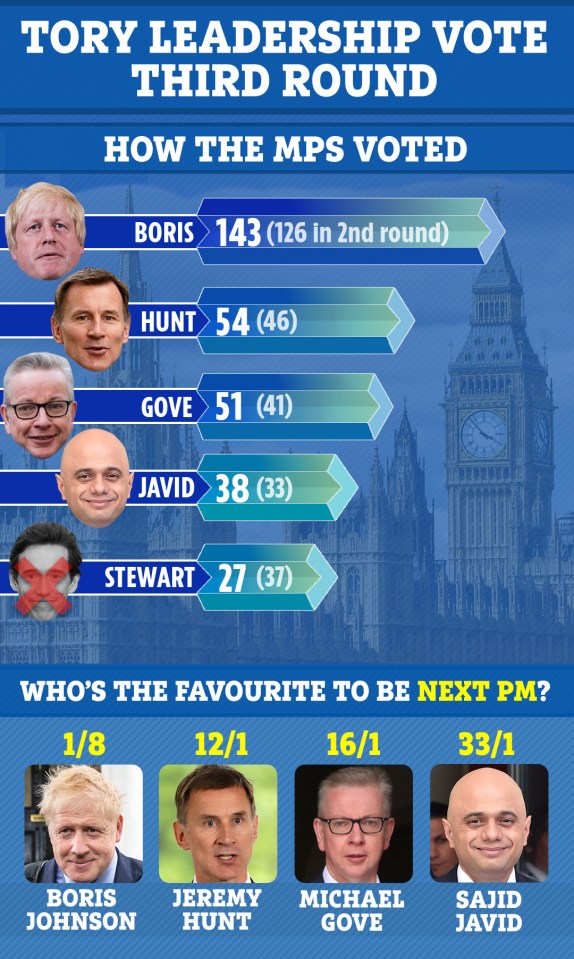