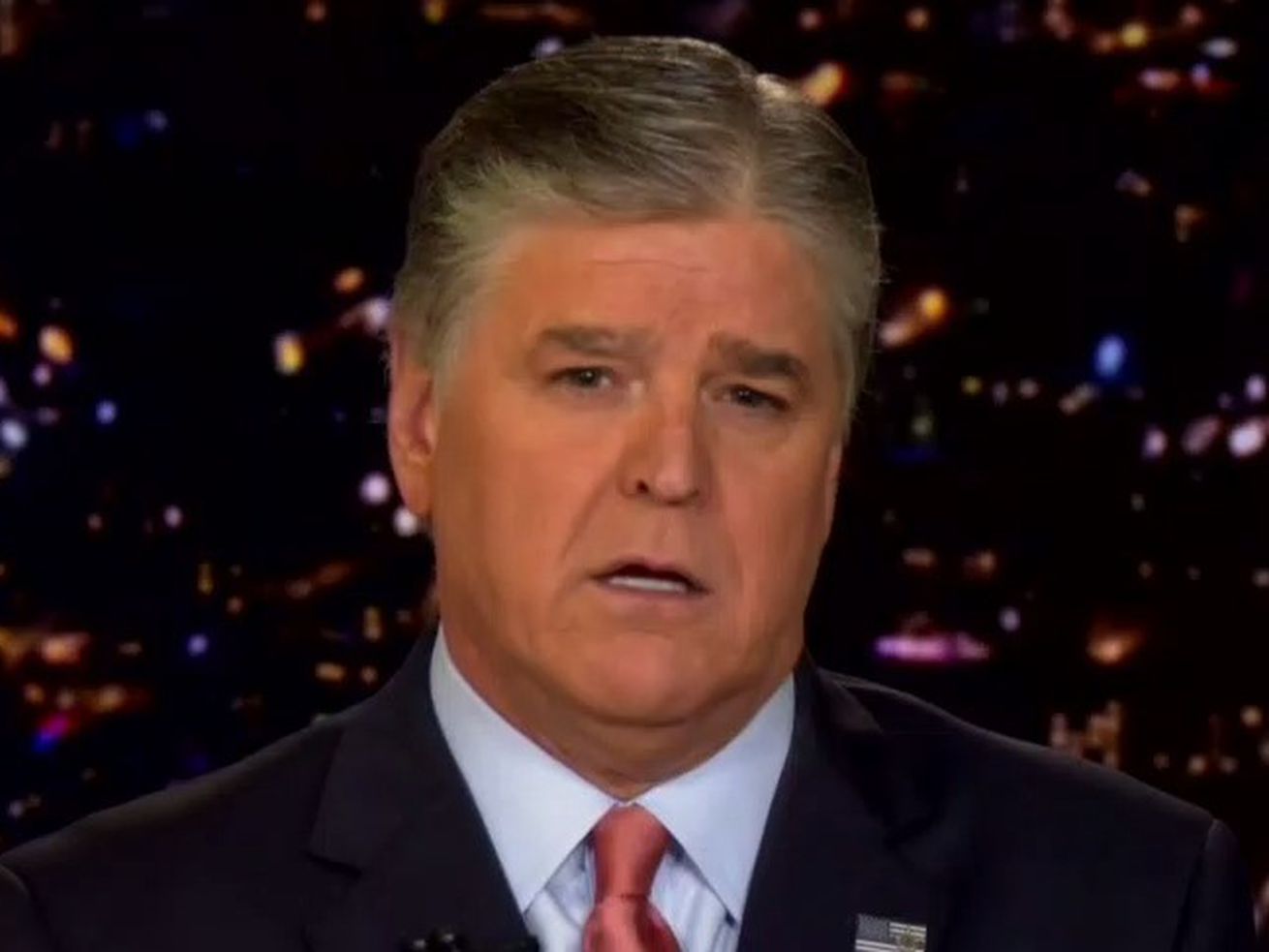 Sean Hannity’s latest interview with President Donald Trump served as a stark illustration of how not to hold those in power accountable.

At one point during his more than 45-minute phone interview with Hannity on Wednesday night, Trump made a bizarre, incendiary accusation against two unnamed male Democratic members of Congress.

Trump told Hannity that the Congress members took photos of his former communications staffer Hope Hicks during her closed-door House testimony earlier that day, then leaked them to the media.

“I hear they were taking pictures of her, two congressmen in particular that I see on television all the time,” Trump said. “I won’t mention their names, we don’t want to make them any more famous. But two congressmen. But they were taking pictures of her with their cellphone and then leaking the pictures of her testifying. And this was in a closed room. Look, it’s out of control. These people are absolutely — you know, they use the word, it’s a good word, I guess — unhinged.”

There’s just one problem — it appears Trump totally made the whole thing up. A Roll Call photojournalist tweeted out a photo of Hicks testifying, but there’s no indication any members of Congress took cellphone pictures of her, let alone leaked them.

But instead of pressing Trump to provide some evidence for his claim, Hannity validated the tale by saying, “Oh good grief,” before quickly moving on to teeing up softball questions for the president about the Russia investigation.

During interview with Hannity, Trump accused two members of Congress of taking creeper pics of “the wonderful Hope Hicks” during her closed-door testimony on Wednesday, and then “leaking the pictures” pic.twitter.com/JG6CTcxbL8

The Hicks exchange encapsulates Hannity’s approach to interviewing Trump — one that rarely produces much news, but gives both the president and his favorite Fox News host an opportunity to vent about their perceived enemies, both real and imagined.

Later during Wednesday’s interview, Trump went on an inscrutable rant about how MSNBC in particular and the media in general purportedly conspire against him. His claim, as hard to follow as it was, seemed to be that journalists hold secret meetings during which they brainstorm about words they can use during their broadcasts to make him look bad.

Hannity again didn’t press the president to clarify what he meant.

Trump went on claim he was personally “able to design and redesign the [border] wall where it’s stronger, bigger, higher — you know, it actually got a little bit higher if you remember that — but it’s a better wall and it costs less money. It’s actually a stronger wall.” There isn’t a shred of evidence that Trump has been personally involved in designing the fencing that’s currently being constructed along the southern border, but predictably, Hannity predictably didn’t press the issue.

The interview, which bled into Laura Ingraham’s show, ended on an unintentionally humorous note when Hannity appeared to slyly give his producers the “kill” signal to preempt his colleague from continuing the interview with the president.

So Hannity looks ticked off that Laura Ingraham is trying to get some time with Trump following his phone interview with the president.

You can see him not-so-subtly giving the producers the “kill” signal. Seconds later, the call ends. pic.twitter.com/aFJnXvvcLx

The spectacle served as example of how not to interview Trump — assuming the interviewer is trying to make news, not spread propaganda. In this respect, it serves as a stark contrast to the interview ABC’s George Stephanopoulos conducted with Trump last week — in which Stephanopoulos challenged false claims and conspiracy theories that Trump typically gets away with on Fox News.