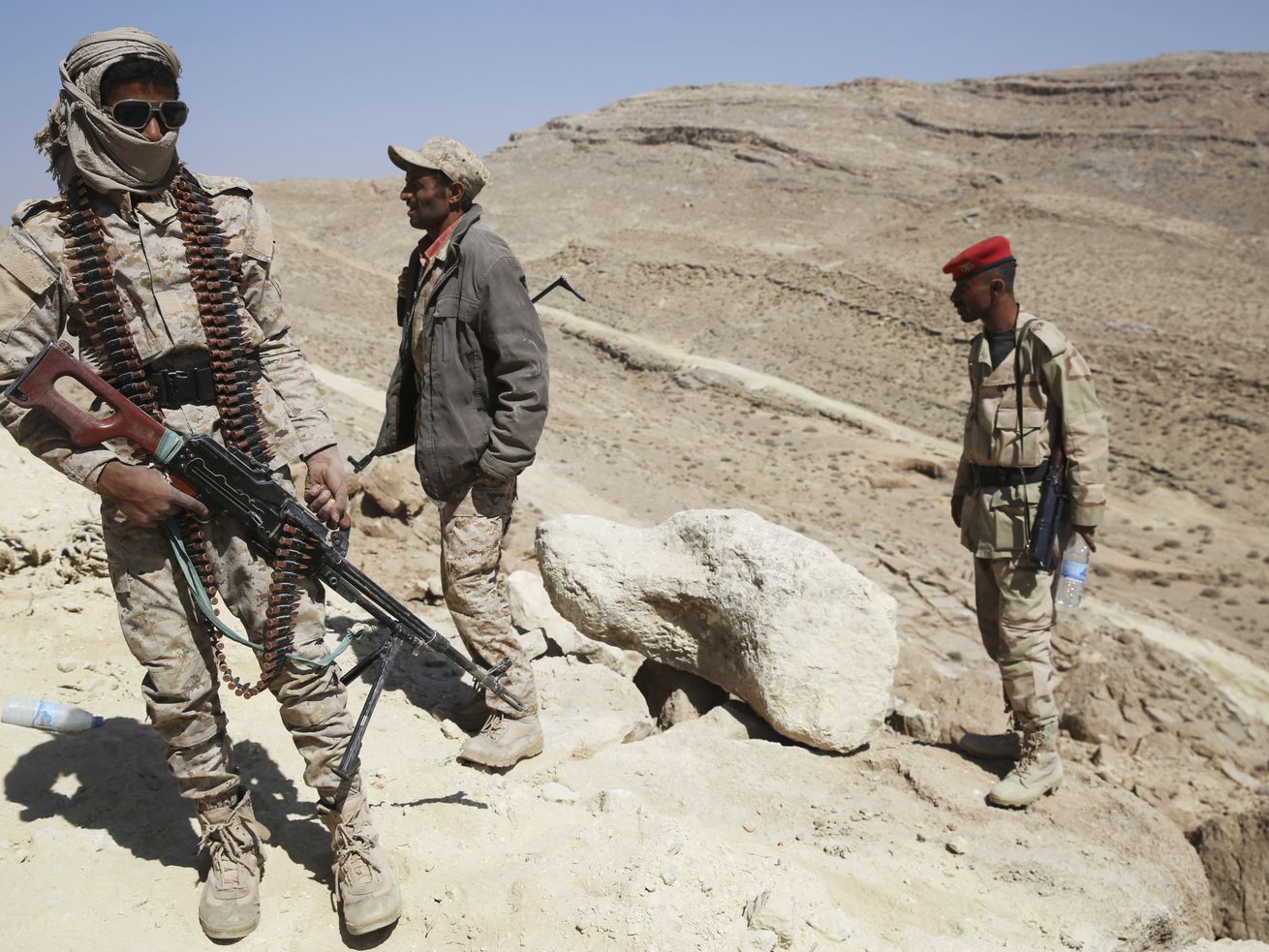 Some Sudanese families are reportedly so desperate for money, they bribe militia officers to take their children to warzones.

Saudi Arabia is reportedly outsourcing its war in Yemen to be fought by child soldiers from Sudan.

According to a bombshell investigation from the New York Times’ David Kirkpatrick, the Saudis are dipping into their deep pockets to bankroll a militia of Sudanese fighters — many of them children — to fight on the frontlines against Yemen’s Houthi rebels, insulating the Kingdom from casualties and the political blowback they could cause. Many of the Sudanese fighters come from the region of Darfur, where violent conflict consumed the countryside for more than a decade. Across the Red Sea in Yemen, they face a steep risk of death again:

At any time for nearly four years as many as 14,000 Sudanese militiamen have been fighting in Yemen in tandem with the local militia aligned with the Saudis, according to several Sudanese fighters who have returned and Sudanese lawmakers who are attempting to track it. Hundreds, at least, have died there.

The conditions inside Yemen were already bleak. The war there, led by Saudi Crown Prince Mohammed bin Salman, has by some estimates claimed the lives of nearly 50,000 people. The conflict has spurred a massive humanitarian crisis, leaving more than 12 million people on the brink of starvation and in desperate need of assistance.

Kirkpatrick reports that some families in Sudan are so desperate for money from Riyadh, they bribe militia officers to allow their children to fight, some as young as 14 years old. While estimates vary and Saudi Arabia denied employing child soldiers, the Times reports that minors make up anywhere from 20 percent to 40 percent of the Sudanese fighters in a unit:

“People are desperate. They are fighting in Yemen because they know that in Sudan they don’t have a future,” said Hafiz Ismail Mohamed, a former banker, economic consultant and critic of the government. “We are exporting soldiers to fight like they are a commodity we are exchanging for foreign currency.”

The US government as a whole — from Congress to President Donald Trump — so far has done little to meaningfully put an end to hostilities in Yemen. The US currently sells weapons to the Saudi-backed coalition in Yemen, and provides them with some intelligence support. And while the US indicated in November it will stop refueling the coalition’s aircraft used in the conflict, which potentially limits the Saudi’s ability to carry out bombing campaigns, calls are growing for Congress to do more.

When Saudi journalist Jamal Khashoggi was murdered in October, momentum built — briefly. Lawmakers made preliminary moves to cut America’s ties to the three-year conflict, with the Senate passing a historic resolution to cut military aid to Saudi Arabia related to the war in Yemen.

But as Vox’s Tara Golshan explains, the resolution was thrown back to square one after House Democrats helped Republicans stall any action on Yemen until at least the new Congress comes into session.

Meanwhile, the White House has pushed back against efforts to end aid, and done little more than turn a blind eye to Riyadh’s range of troubling actions — including the crown prince’s likely involvement in Khashoggi’s murder.

But as new harrowing stories come to light detailing the atrocities being carried out in Yemen, the conflict — and the US’s complicity in the violence — may become harder to ignore.