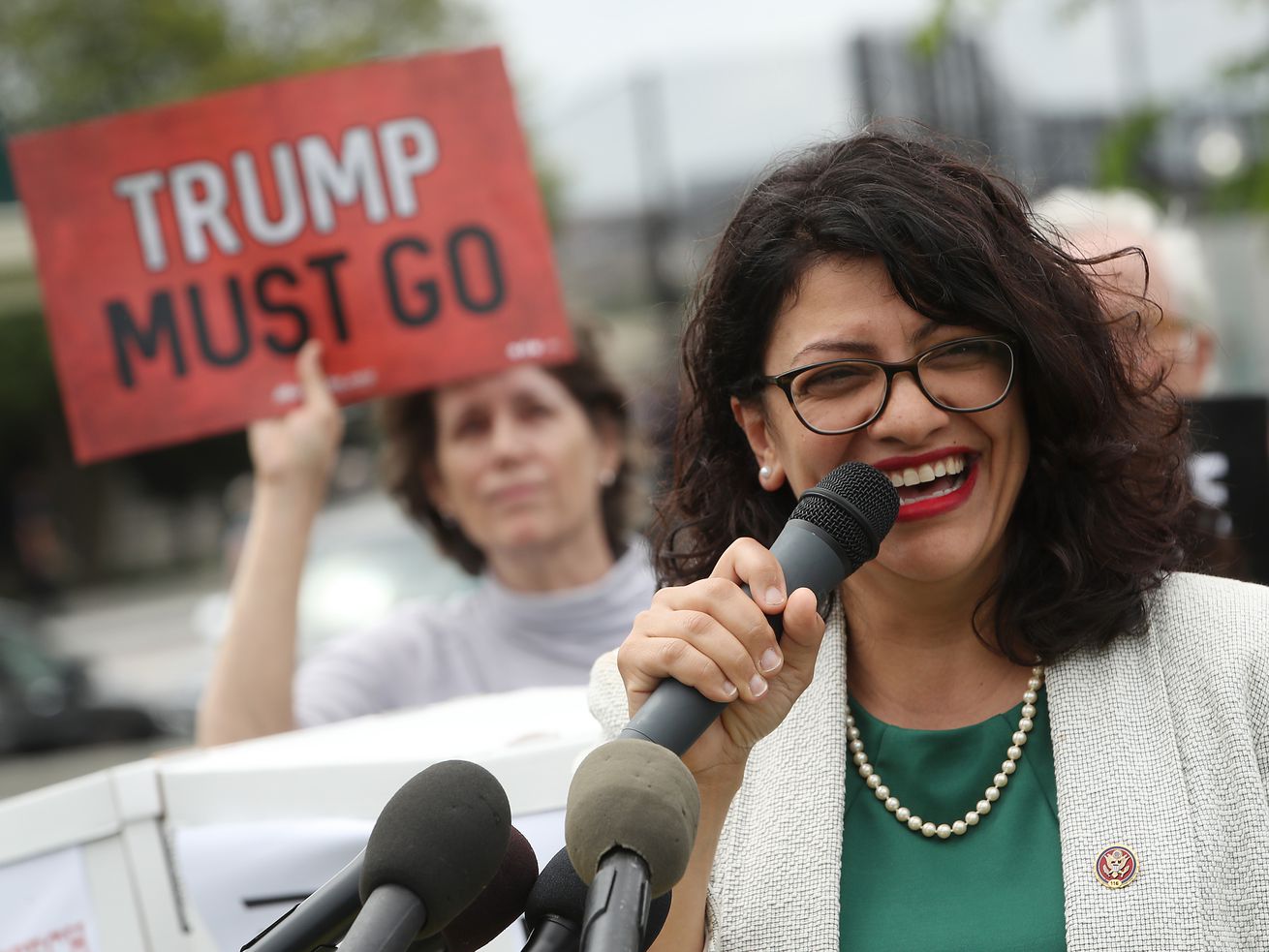 Rep. Rashida Tlaib (D-MI) is still in her first six months in office, but she has already unveiled one of the most fascinating bills of the 116th Congress: a $3,000-per-adult basic income.

Known as the LIFT+ Act, Tlaib’s proposal is almost identical to the LIFT Act introduced last year by Sen. Kamala Harris (D-CA). Harris proposed creating a new credit (worth $3,000 for singles and $6,000 for married couples) for the working poor to supplement the earned income tax credit.

That effectively makes Tlaib’s proposal a basic income, or at the very least a kind of negative income tax (a term used for variants of basic income that phase out with earnings, rather than remaining constant for everyone).

This is not the first time a basic income has been proposed in Congress. Congress famously debated adopting a negative income tax in the early 1970s, and in 2006, the “Tax Cut for the Rest of Us Act” was introduced, proposing replacing the standard deduction with a $2,000-per-adult, $1,000-per-child refundable credit. Republicans have a funny tendency to accidentally include basic incomes in their tax plans, such as by including a “rebate” in a plan to replace the income tax with a national sales tax.

Tlaib’s plan stands out, though. The 2006 bill was introduced by then-Rep. Bob Filner, who would leave Congress to become mayor of San Diego and then leave that office in disgrace due to a pattern of sexual harassment allegations. It was not exactly a major part of the zeitgeist and didn’t make many, if any, waves.

By virtue of her membership in Democratic Socialists of America, her status as the first Palestinian American woman in Congress, and her vocal advocacy for impeaching President Trump, Tlaib is far more than an anonymous backbencher. Her plan earned her a spot on MSNBC, coverage in the Washington Post, and even denunciation by a contributor to Fox News’s website.

And while $3,000 is not a huge amount, and $30,000 for singles is a pretty low level at which to start phasing out, the effect on poverty could be substantial.

Matt Bruenig, head of the People’s Policy Project and a vocal critic of EITC-like policies that exclude nonworkers, has estimated the plan’s effect on poverty.

Currently there are about 45 million people in poverty, defined correctly, or 13.9 percent of the population. Harris’s LIFT Act cuts that number to 34.7 million, or 10.7 percent. Not bad! But Tlaib’s version cuts it still further to 26.7 million people by Bruenig’s estimate, or 8.3 percent, quite possibly the lowest poverty rate in American history.

Tlaib’s plan would also be the first direct cash benefit in the American safety net not tied to work. The earned income tax credit and the child tax credit, America’s two biggest cash programs for low-income people, are “trapezoidal”: they phase in for low-income people, and phase out as people earn more money. The overall design looks like this for the EITC (it’s similar for the CTC):

The question is whether it makes sense to offer lower benefits to folks on the left side of the trapezoid, making under $6,780 (for singles), $10,180 (for people with one kid), and $14,290 (for people with two or more) a year. These are the worst-off people receiving the credit (or not receiving it if they have no earnings), and they get less than people making considerably more than them.

That’s traditionally been justified as a work incentive, and some evidence looking at the 1990s expansion of the EITC suggests the credit induced people to join the workforce. Presumably, a credit that gave the same amount to workers and nonworkers would not have that effect. But that effect can also depress wages (because the supply of workers has increased), and more recent evidence suggests that the effect on employment may be much smaller than previously thought. If that’s true, there’s little reason not to junk the left side of the trapezoid and do what the LIFT+ Act does: include everyone, regardless of earned income.

The LIFT+ Act is in its infancy. We still need cost estimates, and to think harder about how it might interact with a child allowance and the existing EITC so the whole system is simple for low-income people to access. Would this replace the EITC entirely? Would it replace the standard deduction for income taxes? Would it integrate with a child allowance so everyone below a certain threshold, including children, just gets $250 a month no matter what?

However it winds up working, it’s an incredibly exciting development for US anti-poverty policy, at a time when Democrats, including presidential candidates, are proposing dramatic expansions of the cash safety net. If others on the left end of the Democratic Party join Tlaib, we could be witnessing an end of an era when Democrats counted on work to alleviate poverty, and the beginning of one where widely accessible cash benefits are the norm.