THE first day of July sees a glut of big-name players become free agents after their contracts with clubs ran out at midnight.

Hundreds of footballers across the world are now technically unemployed and looking for new places to work – sparking a rush of free transfers.

Many will be scratching around lower league sides in the hope of a deal, but there are also some stars who are now up for grabs without a fee.

Likely to be one of the biggest bargains of the summer having left Paris Saint-Germain. Barcelona, Liverpool and Manchester United have all been interested in the French midfielder but he looks certain to join Juventus.

Decided to leave Manchester United at the end of last season, and still yet to announce where he will be playing although PSG and a two-year deal is thought to be close to being signed.

Injuries have blighted the England striker’s career in recent years and after leaving Liverpool is going to have to accept he might have to settle for a pay as you play deal if he is to get a Premier League club.

Without a club having left Marseille, the former Liverpool and Manchester City man is looking for someone to give him a chance just a year after winning an international recall. The 28-year-old looks set to return to Italy.

Another who has seen injuries ruin his recent seasons, with West Ham deciding not to offer him a new deal in the summer. Has been used to big wages but little interested in England so a switch to MLS could be in the pipeline.

Frozen out in his last year at Chelsea there is little doubt Cahill can still do a job for someone. No shortage of interest from top sides in the Championship but may still think he has Premier League football in him, even at the age of 33. 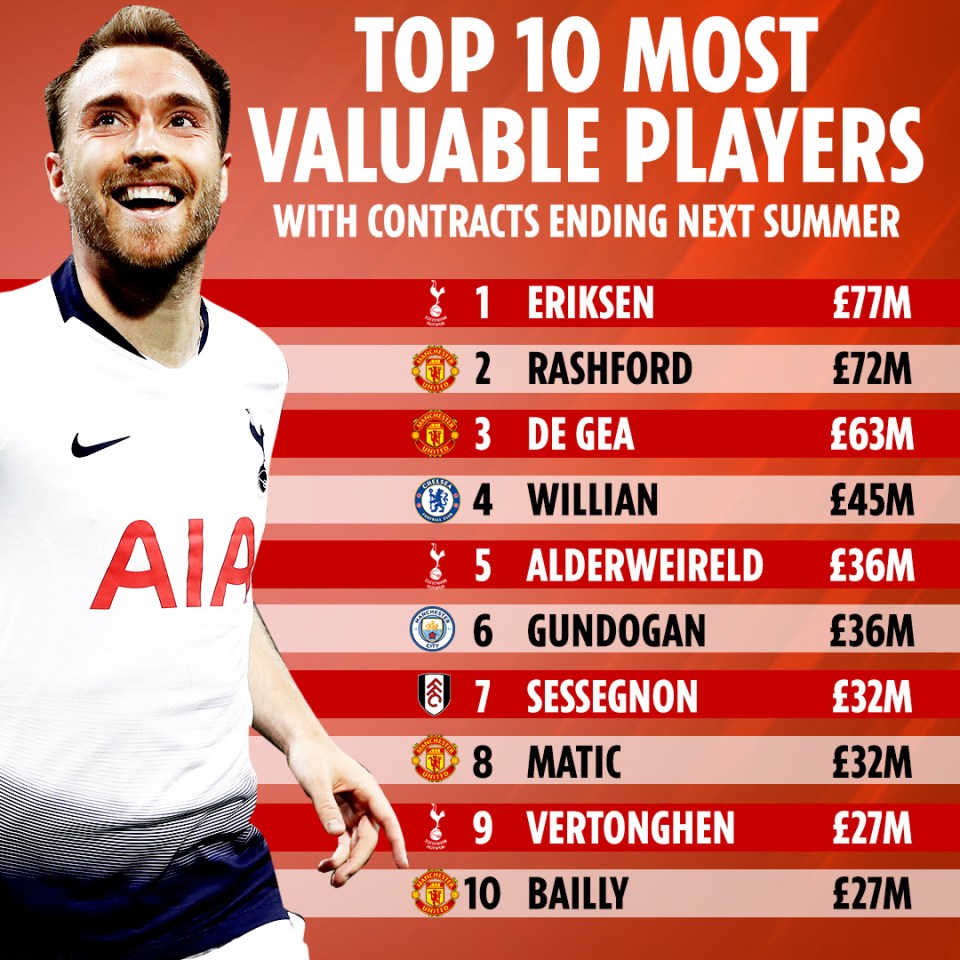 Always the understudy to Harry Kane at Tottenham, but now new deal has been forthcoming for the Spain international. West Ham have shown an interest but a return to La Liga seems more likely.

Looked sharp in his first two games on a short-term deal at West Ham, then did nothing for the remainder of the season. Has an offer of big money in Dubai, but if he fancies a bigger challenge then Vincent Kompany has shown interest at Anderlecht.

One of the linchpins of a brilliant Atletico Madrid team, but at 33 the Uruguayan has decided to look for pastures new. Has been busy on Copa America duty recently, and seems a good bet to join Antonio Conte at Inter Milan.

After 11 impressive seasons at Bayern Munich decided the time was right to leave. The once flying winger is more of a schemer nowadays and is yet to decide whether his career is over or if he has one more club left in him.

The other veteran flyer at Bayern to leave this summer, Robben is still hoping to find a club to play for at the age of 35. The blistering speed may not be the same, but the quality is still there.

A broken ankle ruined his final year at Arsenal but surely there is a decent player there in Welbeck who is still only 28. Newcastle and Southampton are among several clubs who have shown an interest in someone who promises to be a decent free transfer signing.