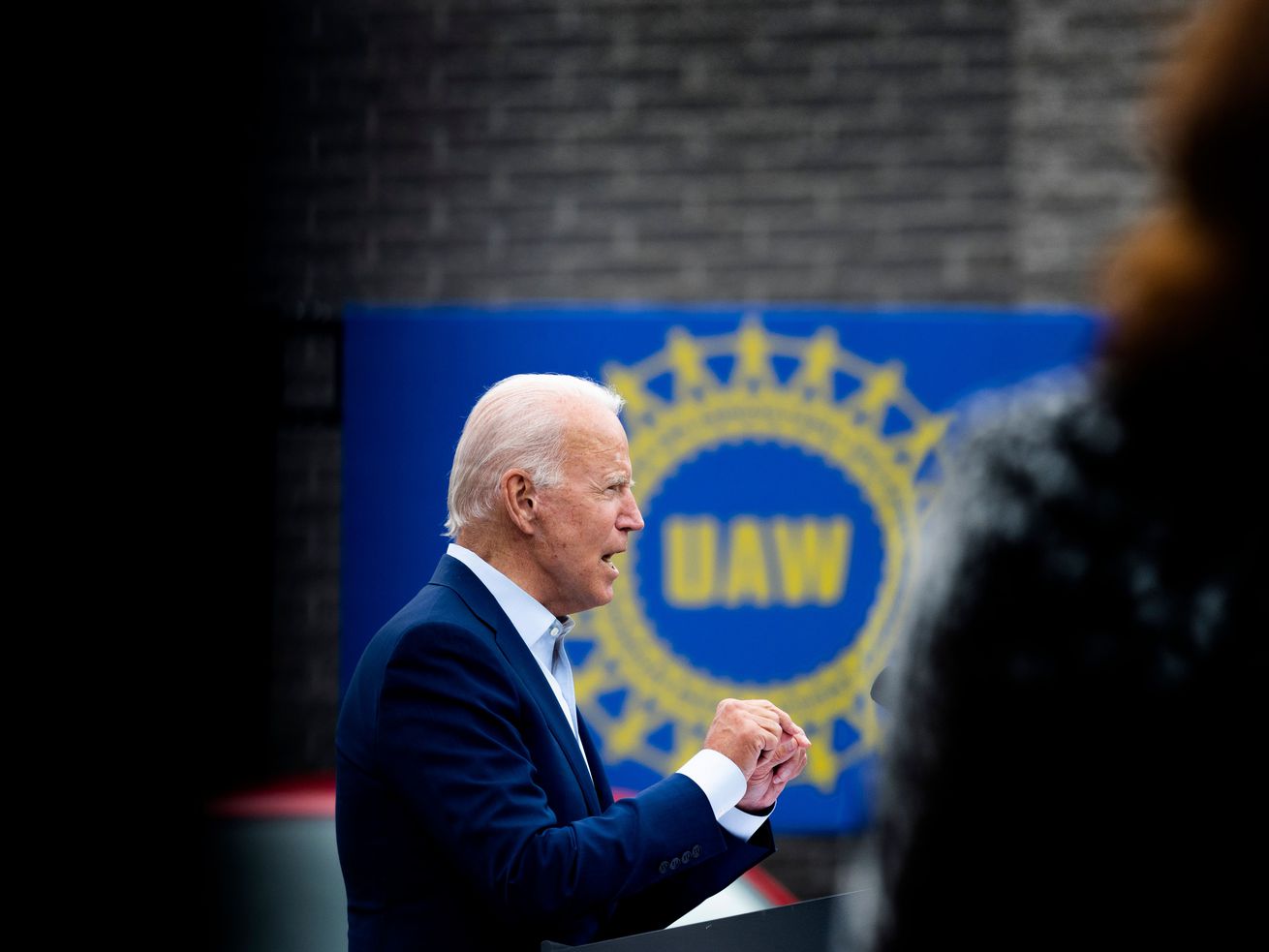 With 51 days to go, polls suggest that Biden’s lead is holding.

In a new batch of swing-state polling released this weekend by the New York Times and CBS News, Democratic presidential nominee Joe Biden continues to lead President Donald Trump in several key states with just 51 days to go until the November election.

Specifically, a New York Times/Siena College poll taken from September 8 to 10 shows Biden retaining his lead with likely voters in four important states: Minnesota, Nevada, New Hampshire, and Wisconsin. Likewise, a CBS News/YouGov survey conducted from September 9 to 11 gives the former vice president the edge among likely voters in both Minnesota and Arizona.

This time around, the GOP has indicated they’re playing to win in Minnesota. “In 2016 I almost won Minnesota,” Trump tweeted last year. “In 2020, because of America hating anti-Semite Rep. Omar, & the fact that Minnesota is having its best economic year ever, I will win the State!” His campaign has followed that bluster with a $14 million advertising push in the state, larger than their buys in the swing states of Michigan and Wisconsin.

In Nevada, where Trump held a rally on Saturday, Biden also has a small lead of 4 percentage points — but Chuck Rocha, a former adviser to the Bernie Sanders campaign, says that Democrats need to take the state more seriously, or that might change:

“What’s underreported right [now] is the problem in Nevada,” Rocha said. “The entire Culinary Union is laid off. The entire [Las Vegas] strip is shut down, for the most part. So there’s astronomical unemployment there.”

Rocha said Democrats have not been sensitive enough to the economic hardship that has affected the area — and that has impacted Latinx voters particularly hard. To win the state, he said, Biden will have to present a clear plan of how his policy vision will help those who need work, and income, right now.

According to NBC News, the Trump campaign does not see Nevada as a sure thing for Biden, either. In fact, Trump campaign officials view Nevada as part of an “alternate route” to winning 270 electoral votes, should the president lose some of the states that handed him victory in 2016.

New Hampshire, a 2016 squeaker that went for Clinton by just three-tenths of a percent, is also part of that “alternative route” strategy. The New York Times/Siena College poll shows Biden with a 3 percentage point lead there, but Trump made a point of holding rallies in the state, which has a Republican governor, shortly after wrapping up the Republican National Convention last month.

Overall, these polls contain good news for Biden — but many of his leads, like those in New Hampshire and Arizona, are narrow ones, suggesting there is still room for the president to swing opinion his way.

Looking beyond the particulars of any one poll, polling for the 2020 presidential race has been largely stable. Nationally, Biden leads Trump by an average of about 7.3 percentage points, and he has retained a consistent lead in key swing states like Michigan and Pennsylvania. These latest results fall in line with these standing trends.

And Biden’s national average also squares with a recent Fox News poll of likely voters, which shows Biden with a slightly smaller lead versus Trump — just 5 percentage points — but a solid advantage on most issues, including racial inequality, the pandemic, health care, the courts, immigration, and policing. Only on the economy did likely voters have more faith in Trump, by a margin of 5 percentage points.

One possible reason for the consistency seen in polling is that surveys have suggested there are fewer undecided voters than there were in 2016. According to CNN, just 13 percent of registered voters either haven’t decided or are still open to changing their minds, and a Quinnipiac University poll from earlier this month found that only 3 percent of likely voters were still undecided.

That’s likely not good news for Trump, who did well with late-breaking undecided voters in 2016 but has far more ground to make up this time around with a smaller pool of undecideds. As CNN’s John Harwood points out, Biden is also quite a bit more popular than Clinton was in 2016, while the majority of Americans still dislike Trump.

Of course, polling isn’t prophecy. As my colleague Li Zhou has explained previously, polls only really “capture public sentiment during a moment in time,” and things could still change, especially with three presidential debates yet to come. And given one needs only to win the electoral college rather than the popular vote, a candidate winning over even a portion of a group that may have traditionally voted for his rival could have an outsized effect on results.

In this particular moment in time, though, Biden looks to be in a strong spot ahead of the November election.