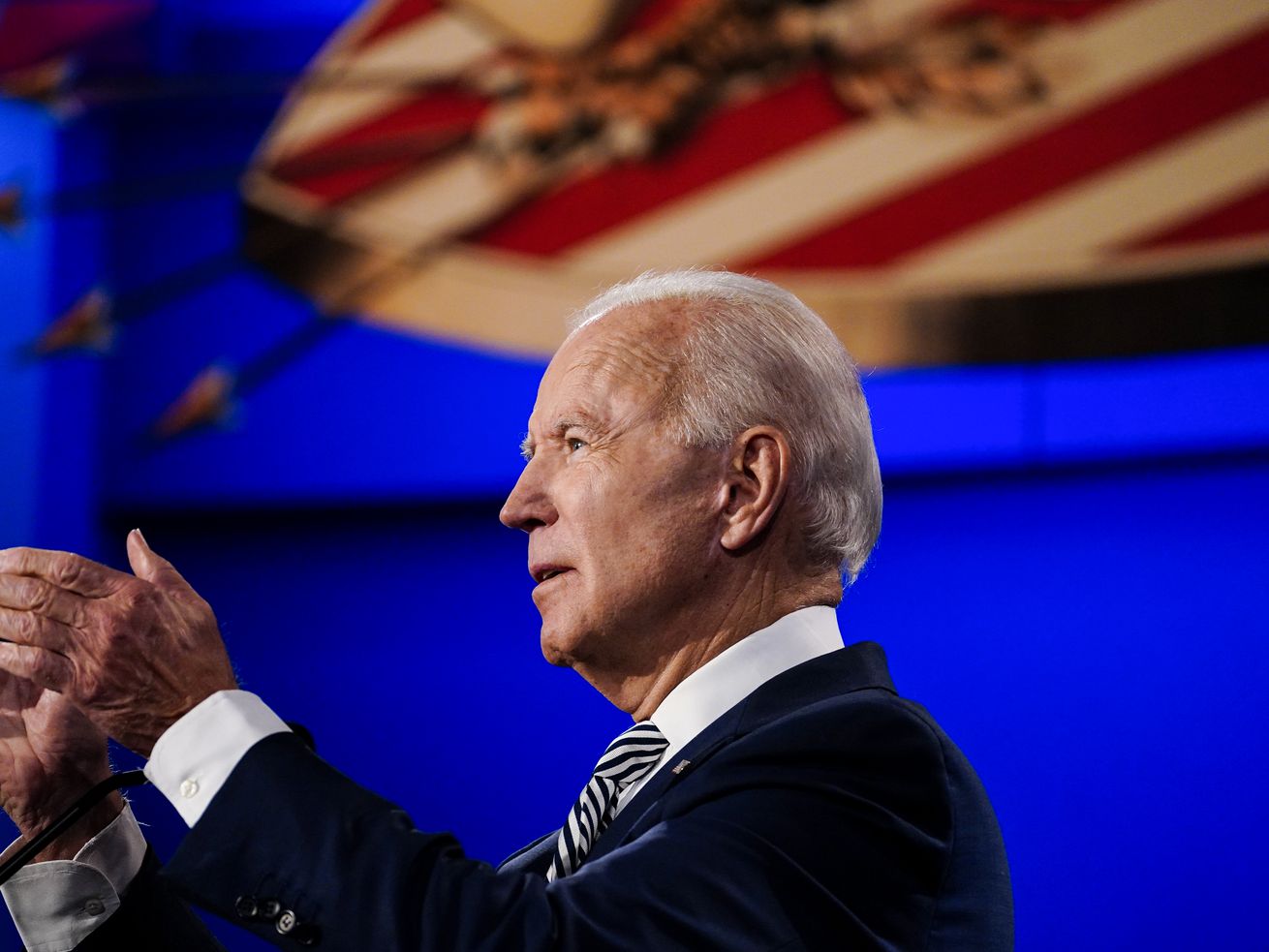 One new poll found Biden to have his largest lead of the race — 14 percentage points.

New national polls, taken both before and after President Donald Trump began treatment for Covid-19 at Walter Reed National Military Medical Center, show Democratic presidential nominee Joe Biden with a significant advantage over the president one month out from Election Day.

One of those polls, conducted by NBC News and the Wall Street Journal, found Biden to have the largest lead of the campaign thus far, leading his rival by 14 percentage points.

It’s a result in line with some recent polls — including a CNBC poll taken the day after the first presidential debate that found Biden to have a 13 percentage point lead — and reflects that Biden has been leading in the polls for some time. However, it does register about 6 percentage points higher than the average gap has been between Trump and Biden.

The NBC/WSJ poll found the debate did have an impact on registered voters, recording a 6 percentage point increase in preference for Biden compared to a survey they concluded ahead of the debate.

Notably, too, men over the age of 50 — a key part of Trump’s base in 2016 — show some signs of shifting their support. Following the debate, that group went from supporting Trump by a 13 point margin to supporting Biden by 1 point, representing a swing of at least 10 points in just a few days.

Perhaps overshadowing the debate is the fact that the president now has Covid-19. Pollsters are still determining how that may affect the race, but a Reuters/Ipsos poll taken from October 2 to 3, after the news of Trump’s diagnosis, found likely voters favoring Biden by 10 percentage points.

Even this smaller gap is a significant one; however, Jason Miller, a Trump campaign senior adviser, responded to the new polls by pointing out many polls in 2016 suggested then-Democratic nominee Hillary Clinton was leading with voters, “and now President Trump is in the White House.”

“How can you come back from that kind of a deficit?” @GStephanopoulos asks Trump campaign senior adviser Jason Miller, pointing to new poll showing Biden with a double digit national lead.

Trump’s handling of the coronavirus is on voters’ minds

The usual disclaimers apply when it comes to reading this week’s polling numbers: Polls do not predict the future, but rather reflect a snapshot of a moment in time, as Vox’s Li Zhou has explained.

Moreover, national polls — while a good indicator of sentiment — may miss some peculiarities in various swing states. And because it is the Electoral College, not the popular vote, that decides the presidency, the 2020 election is likely to be decided by a handful of swing states — or even swing counties. State polls (which, again, as Zhou has explained, have their limitations) indicate that, in the key battleground states, the race is much closer. A CBS News poll of Ohio taken September 30 to October 2, for instance, found Biden and Trump to be tied.

And, of course, there could be radical changes in polling in the four weeks between now and the election. Nothing about this year’s campaign cycle has been ordinary, and the coronavirus pandemic — as well as its personal effect on the president — could change the shape of the race.

What recent polls do show about the pandemic, however, is that most Americans don’t approve of how Trump handled the coronavirus. The Reuters/Ipsos poll found only about a third of voters believe Trump has been telling the truth about the coronavirus, with 55 percent saying he has not, and 11 percent unsure — and more than half of Americans, 57 percent, disapproved of his overall response.

That poll also found that 65 percent of Americans agreed with the statement: “If President Trump had taken coronavirus more seriously, he probably would not have been infected.”

As questions swirl about Trump’s medical condition, the question of how he handled the coronavirus — both personally, and as the nation’s leader — will most certainly play a role in voters’ decisions.