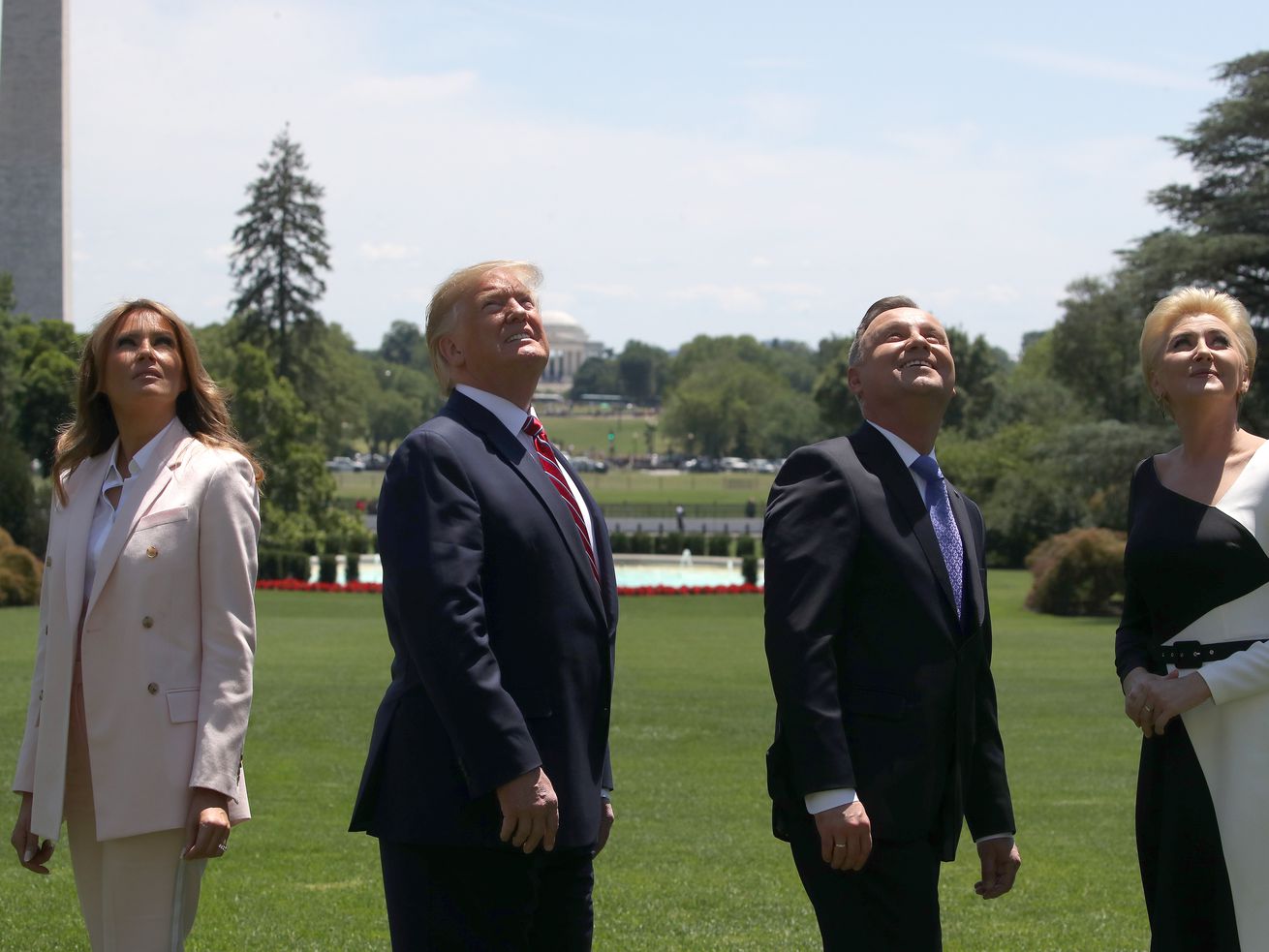 The Trump administration is sending approximately 1,000 additional US troops to rotate through Poland to strengthen security ties between the two countries — though whether they will be housed in a new base named “Fort Trump,” as Poland’s president once suggested, remains to be seen.

President Donald Trump and Polish President Andrzej Duda announced the agreement during a joint press conference at the White House on Wednesday.

Trump said Poland will pay for the “basing and infrastructure” to support the additional troops, who are currently stationed elsewhere in Europe and will now be rotated in and out of Poland. They will be in addition to the approximately 4,500 troops that have been on rotation in and out of Poland since 2017.

“This will be an enhanced cooperation,” Duda said at the press conference. “It’s going to be an enduring presence which hopefully will increase gradually in terms of the number of troops but also in terms of infrastructure, which is very important.”

In September, Duda had floated the idea of building a US base in his country named after Trump in what was clearly an unabashed attempt to entice the president into beefing up the US military presence in Poland to help counter Russian aggression.

Trump told reporters earlier Wednesday that nothing has been finalized about a new base, but that talks continue.

Poland also agreed to purchase 32 F-35 fighter jets from the US, which Trump lauded as an effort by the country to “strengthen and modernize” its defenses.

To really make the sales pitch, Trump had an F-35 jet fly low over the White House lawn on Wednesday afternoon as Duda, Trump, and their wives looked on.

There it is…the F-35 fighter jet coming up over the West Wing, heading north over Washington DC. Very loud and low pic.twitter.com/pnJlHZdqCK

President Trump and Poland’s President Duda and their wives watch an incredibly noisy F35 fly over the White House. Duda just agreed to buy more than 30 of these planes, Trump said. So kind of a test drive for the new owner. pic.twitter.com/kGDmIBQxIg

“Moments ago, we witnessed that impressive flyover of this cutting-edge F-35 as it flew over the White House and actually came to a pretty close to a halt over the White House,” Trump said at the press conference, describing the aircraft as the “greatest fighter jet in the world.” (Though some may dispute that.)

Why Poland wants US troops

The additional US troop rotations and brand-new F-35s fit with Poland’s goal of strengthening its ties with the US, which it sees as its best bet to protect against Russian aggression.

Duda, in his press conference with Trump, laid out Poland’s troubling history with Moscow, including the Soviet occupation of the country during World War II and its influence over the country during the Cold War. Duda also pointed out that Russia hasn’t stopped its aggression in the region, including in neighboring Ukraine.

“We would like Russia to be our friend, but unfortunately, Russia, again, is showing its very unkind, unpleasant imperial face,” Duda told reporters through a translator Wednesday. “We do not want to be part of Russia’s sphere of influence and I’m happy that we can speak in connection with the military presence of the US and NATO.”

But Trump’s takeaway from this history lesson was a little different. He chimed in after Duda finished, saying he hoped “that Poland is going to have a great relationship with Russia.”

“I think it’s possible,” Trump said. “I really do. I think because of what you have done and the strength and maybe we help — also because of what we’re doing and doing for Poland. But I hope that Poland’s going to have a great relationship with Russia.”

That’s probably not exactly what Poland wanted to hear — which means it might be too soon to rule out Fort Trump for good.