WBC president Mauricio Sulaiman has supported Mike Tyson’s sensational comeback – and revealed he could even fight for the famous green and gold belt.

It comes as Iron Mike – who retired in 2005 – continues to train after announcing plans to box in exhibition bouts for charity.

But Sulaiman is eager for the 53-year-old to instead return to the professional game, where he twice reigned as WBC champion.

And boxing chief admitted he would even back the reformed Baddest Man on The Planet to make a run for Fury’s heavyweight title.

Sulaiman told Boxing Social: “I am very excited, very happy. He has brought great positive attention to the sport. Why? Because Mike Tyson is a hero and an icon.

“He fell in very difficult times, as many has done, and now it’s boxing that is bringing him back.

“Of course, it will be with the absolute care of the medicals, of the testing, the complete protocol to make sure whoever is in the ring is in top shape and has no additional risk.

“I am supporting it 100 per cent and if someone wants to say he wants to fight for the title, I will say he will and the WBC will be there!”

Fury revealed he was contacted to box the man he was named after, but admitted talks were short lived.

He told BT Sport: “I had a phone call saying, ‘Would you like to fight Mike Tyson in an exhibition fight?’ I said, ‘Hell yeah,’ but I don’t think anything’s materialised out of it.” 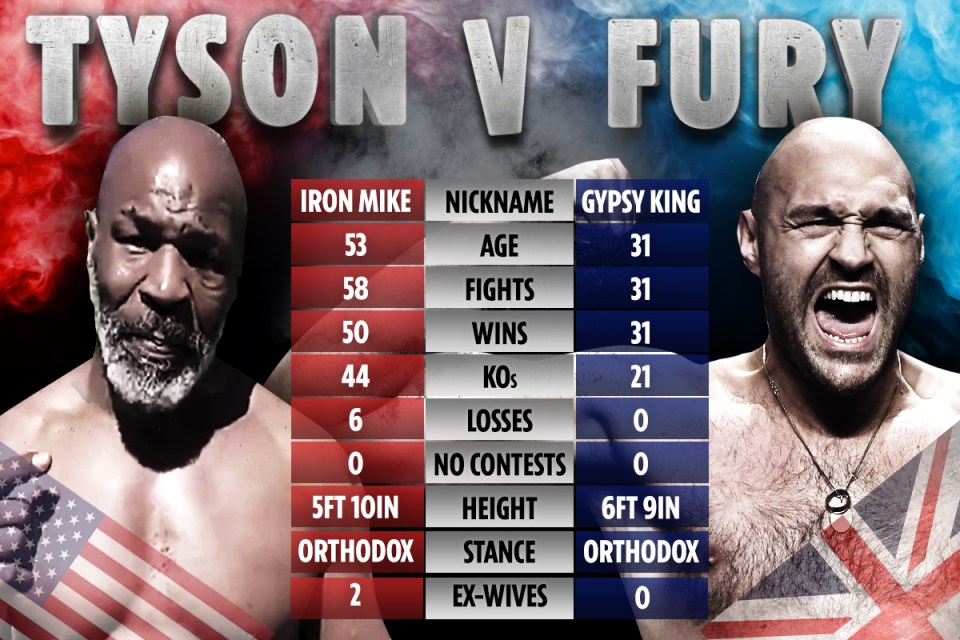 Most read in boxing


Anthony Joshua on looking for love, life as a super-dad & fighting Tyson Fury


Anthony Joshua says I’m not a superstar, NHS staff are the real heroes

CLASH OF THE TYSONS

Tyson, who has spent the last month training with MMA coach Rafael Cordeiro, has been linked to a trilogy bout against 57-year-old Evander Holyfield, who is also making a comeback for charity.

But Tyson has also received interest from MMA fighters, having been called out by Tito Ortiz.