PIERS Morgan says you can’t trust footballers to “keep it in their pants” after Chelsea star Callum Hudson-Odoi broke lockdown with a model.

The Sun revealed the 19-year-old was arrested at his West London penthouse on Sunday after a woman called for an ambulance and police at 4am.

Discussing the front page story on Good Morning Britain today, Piers argued footballers are more likely to pass coronavirus through “women they invite back to their homes” than at training.

He said: “And the front page of The Sun has England footballer Callum Hudson-Odoi arrested yesterday allegedly with a woman he had allegedly met online, allegedly.

“That’s going to be the problem with the Premier League if they try to bring it back.

“They won’t be infecting each other in the training ground in secure environments, it’ll be all the women they’re inviting back to their homes. 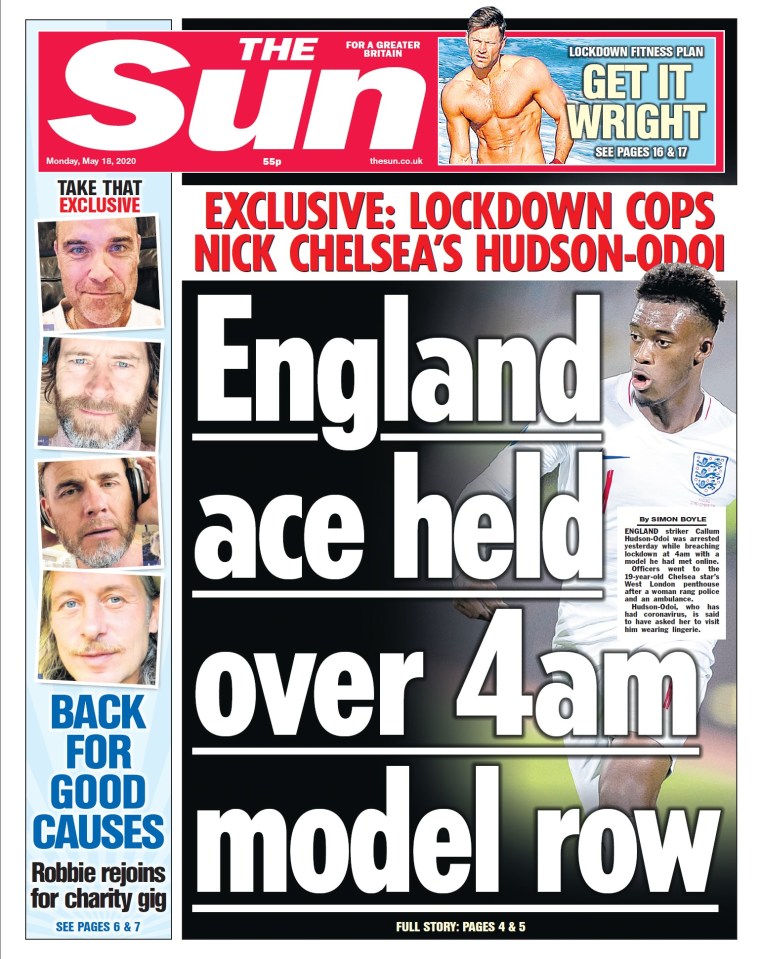 “Whether it’s Kyle Walker and his ladies of the nights or Callum and his Instagram models.

“One thing you can’t trust, I’m afraid, is footballers to keep it in their pants during this period and that’s when the infections get passed around.”

England forward Hudson-Odoi, who has had coronavirus, is said to have asked the model to visit him wearing lingerie.

It is believed the 19-year-old made contact with the woman on social media on Saturday before inviting her to his penthouse.

They are said to have exchanged flirty messages that hinted at having “fun” together.

The woman showed him a selection of photographs of herself in raunchy outfits.

MOST READ IN TV AND SHOWBIZ


Robbie Williams to rejoin Take That for online lockdown concert


Caitlyn ‘barged in’ on ‘girlfriend’ while she had a guy over

Paramedics attended early Sunday alongside the police officers who arrested the footballer. The model was taken to hospital after complaining of feeling unwell.

Fellow England star Kyle Walker is facing disciplinary action from his club Manchester City for paying two prostitutes to visit him at his home.

Aston Villa captain Jack Grealish was fined by his club for visiting a friend. And Everton striker Oumar Niasse was labelled “a disgrace” by police after he was caught out driving with three friends during the lockdown in March.