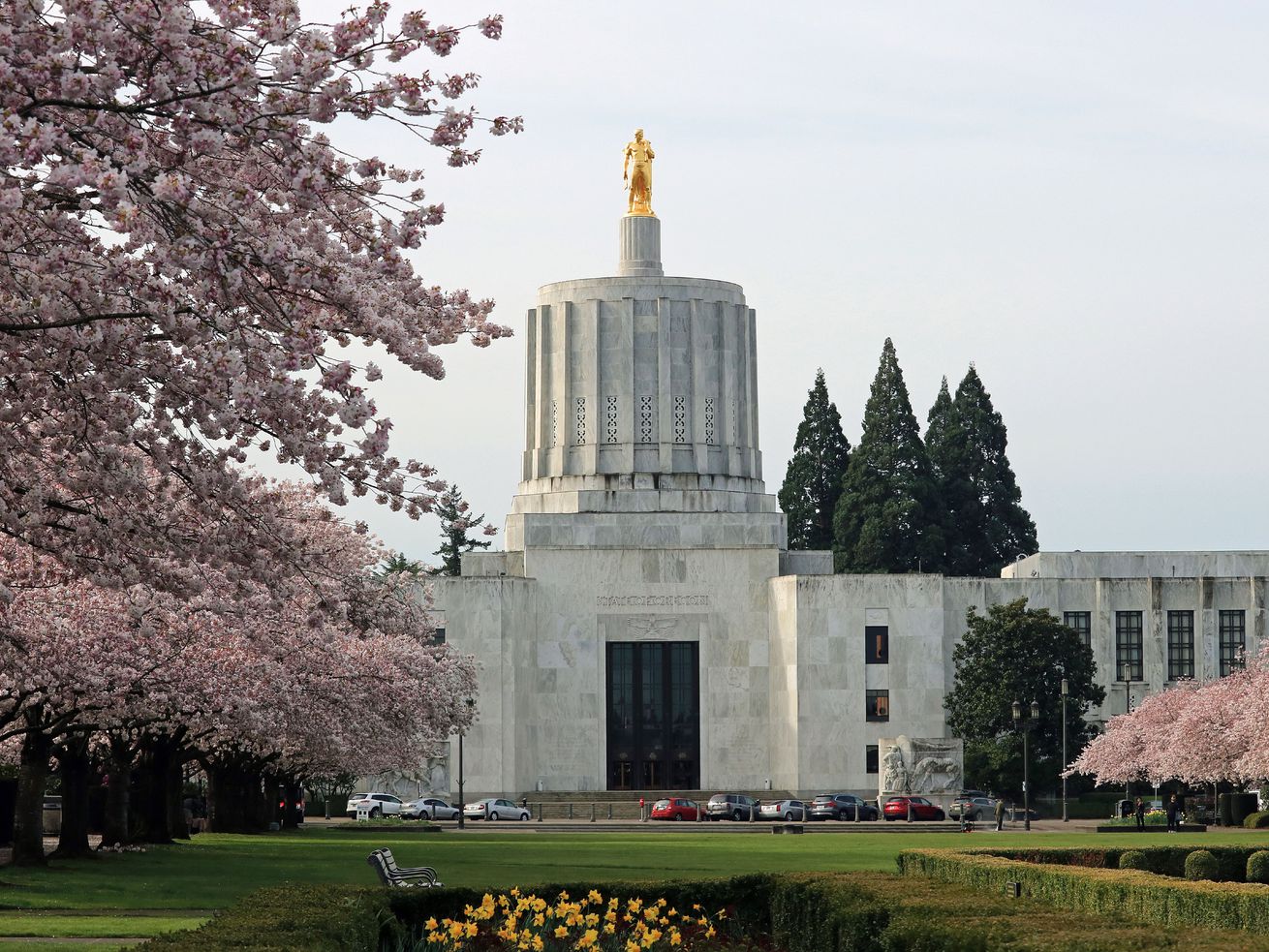 The walkout meant Democrats didn’t have the quorum they needed to conduct business.

Update, Friday, June 28: Oregon Republican Senate Leader Herman Baertschiger Jr. said Republicans would return to work at the Oregon capitol on Saturday, ending the week-long walkout. Baertschiger said he confirmed with state Senate Democrats that they did not have the votes to pass their climate change bill. Read the post below, from Tuesday, on why Republicans fled the state.

A top Oregon Senate Democrat on Tuesday flinched in the face of a Republican walkout, acknowledging that there are not enough votes to pass a major bill to address climate change.

“House Bill 2020 does not have the votes on the Senate floor,” said Senate President Peter Courtney Tuesday morning in an admission of defeat. “That will not change.”

Sen. President Peter Courtney to Republicans: We do not have the votes for the cap-and-trade bill. #orleg #orpol pic.twitter.com/o32P9qW5nY

The central provision of House Bill 2020 is to institute a cap-and-trade mechanism for carbon dioxide across the state — a mechanism to cut emissions 45 percent below 1990 levels by 2035 and 80 percent by 2050.

It’s a long, thorough piece of legislation that mandates carbon emission reductions across the state’s economy while accounting for job quality standards and economic equity. And it would make Oregon the second state after New York with a legally binding, economy-wide greenhouse gas reduction target. “There’s been incredible work going into that bill,” Courtney said.

But according to Rick Osborn, communications director for the Oregon Senate Majority office, Democrats weren’t able to muster the votes for HB 2020 within their own caucus.

Oregon Republicans argued that the bill would harm their rural constituents and energy-intensive industries like cement production. They also said they were being bullied by Senate Democrats. And so 11 of them fled the state capitol on Thursday, apparently to an undisclosed location in Idaho, to deny quorum for a vote on the bill.

Yet the walkout now appears to have been a highly politicized charade, since Democrats may not have had the votes to begin with. “My understanding is that it was known last week, before the Republicans walked out,” Osborn told Vox. “[Courtney’s admission] is not rewarding Senate Republicans for bad behavior.”

Democratic Gov. Kate Brown nonetheless last week sent state police to find the lawmakers and instituted a $500-per-day fine per person for each day they weren’t present at a legislative session. “The Republicans are not standing against climate change, they’re standing against democracy,“ she said during a press conference Tuesday.

Republicans had used the moment as an opportunity to appear defiant, with one Republican state senator, Brian Boquist, even threatening police. Lawmakers closed down the capitol on Saturday after receiving credible threats from militia groups in favor of the Republican walkout.

On Tuesday, some of the Republicans in hiding were not sure what to make of Courtney’s statement about the votes. And they weren’t committing to returning to work either, according to Oregon Public Broadcasting’s Lauren Dake:

Sen. Tim Knopp, R-Bend, who is presumably still in Idaho: “We need clarification. What does that mean? Does it mean it’s dead until the 2020 session? Is the governor going to take it up in a special session? We need more clarification.” #orleg #orpol

Even if Courtney wants to throw in the towel, it may not be easy to kill the climate change bill to bring Republicans back to Salem, as the Oregonian explained:

Although Courtney wields significant power in the Senate, he cannot easily kill the climate bill in order to secure Republicans’ return. One possible first step could be for the Senate to vote to send the bill back to a committee but such a vote could not happen without a quorum, meaning at least two Republicans would have to return to the Capitol. Another option that would also require a quorum could be a motion to postpone the bill indefinitely, which under Senate rules would mean the bill could not be considered during this legislative session.

If and when the bill dies, it would be a painful defeat for Democrats, who won legislative supermajorities in both chambers of the Oregon legislature in the last election. Oregon has also been working on carbon pricing policies since 1997.

The concession from Democrats may have been motivated by a time constraint. The Oregon state legislative session ends on June 30, and more than 100 bills, including funding for several state agencies, are at risk of being scrapped.

Democrats have conceded to Republican walkouts before, yielding on major gun control and vaccine legislation. This latest surrender likely means that state Republicans, despite being in the minority, will continue to hold a veto over Democrats’ agenda.