WHEN he and his brother were set upon in a brutal nightclub attack 18 months ago, Curtis Pritchard feared he would never dance again.

And the former pro on Ireland’s Dancing With The Stars, who came fourth on Love Island last year with Maura Higgins, credits the NHS with saving his career.

He says: “Honestly, the NHS were just so incredible. From the ambulance to the hospital to the after-care, I couldn’t fault the amazing medical staff.

“I had to have a knee operation quite quickly, and naturally I was worried I wouldn’t be able to dance again. But because of them, I got through it, I’m dancing again and I’m working again.”

Just five months after the attack, which happened on a ­Boxing Day night out in 2018, Curtis entered the Love Island TV villa.

And he reveals he was still doing his rehabilitation exercises during filming for the ITV2 show.

He says: “I carried on my ­physiotherapy even in the Love Island villa — that just wasn’t on camera.

This experience is just one of the reasons Curtis and AJ are throwing their support behind The Sun’s Who Cares Wins appeal celebrating our NHS heroes.

AJ says: “Curtis came to the awards last year and loved it — such amazing people.”

It went to former rugby player Matt Hampson who set up a rehab facility after a training accident in 2005 left him ­paralysed from the neck down aged 20.

More unsung heroes will be recognised at this year’s awards in October, which will be extra special in the wake of the ­Covid-19 pandemic.

During lockdown, AJ and Curtis have been busy keeping the nation entertained — and fit — with their #DressUpDanceDonate campaign in aid of the NHS ­Covid-19 Urgent Appeal.

The initiative sees the brothers dressing up in outfits including ­Batman and Rubik’s Cube ­costumes to teach fans quirky dance ­routines.

AJ says: “The NHS means so much to us as a family, it really does — and it’s something the entire nation is proud of.

“The current situation has really shone a light on what these amazing people — the doctors, porters and nurses — do for us every single day.

“Us all coming together to appreciate them has been such a fantastic moment, and we are out clapping every Thursday night at 8pm for the heroes.”

Lockdown has also meant the duo have been spending much more time with their parents, who they are isolating alongside.

Curtis says: “We’ve been doing family workouts every day at 9am in the garden and just spending time together as a family. Because of our schedules, AJ and I very rarely spent time with Mum and Dad together, and this is giving us the opportunity to do that.”

Curtis quit Dancing With The Stars last year and was focused on his role as the receptionist on BBC1’s The Greatest Dancer before the show was axed last month.

AJ bowed out of Strictly last month after three years and is using his down time to plan for the years ahead.

He says: “I am so excited for the future, and I always believe you should leave something like that on a high, and I really did. I loved that show.

“Both Curtis and I now have the time to explore more opportunities together, especially TV. 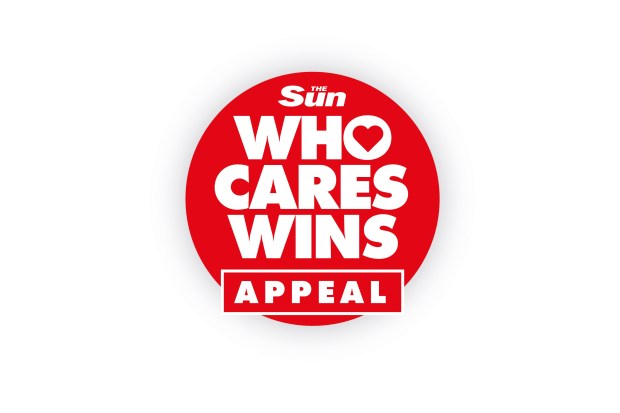 DETAILS on how to nominate are at the link below. Here are the categories:

This award is for an NHS midwife who provided great care. Tell us your amazing birth stories or nominate someone for their hard work.

This category is for any NHS doctor – a GP, a hospital doc or consultant.

For any NHS nurse in any field.

A person or team who performed an emergency rescue, operation or similar. Can also include members of the public.

Honouring scientists and researchers who have contributed to medical advances.

This award will go to the unsung heroes of health. It could be a volunteer, carer, healthcare assistant, porter or anyone working in a medical environment.

A chance to nominate a health charity which has helped you or a loved one.

For anyone who has made a significant contribution to mental health.

For a young person who has gone above and beyond. It could be a carer or a campaigner or someone else. Open to anyone under the age of 18.

For any NHS or healthcare team on the front line and behind the scenes.

While the previous awards are all open for reader nominations, the judges will also recognise special achievement through this award in memory of our late Health Editor.

TO NOMINATE GO TO


Harry is ‘lost soul’ living in LA as he’s not ‘as tough’ as Meg, expert says


Inside the most lavish celeb wardrobes – from Khloe to Mariah

“The dream is to present an old-school Saturday night entertainment show — the type we watched growing up. One thing I’ll never stop doing though is dancing, and I’ll find a way to fit that in to any future projects.”

One future project is dance tour AJLive later this year, for which the pair plan to give away free tickets to NHS staff.

Curtis says: “We’re hoping to invite lots of amazing NHS workers to our tour AJLive in September as our way of saying, ‘Thank you, have a fun night out on us’.”