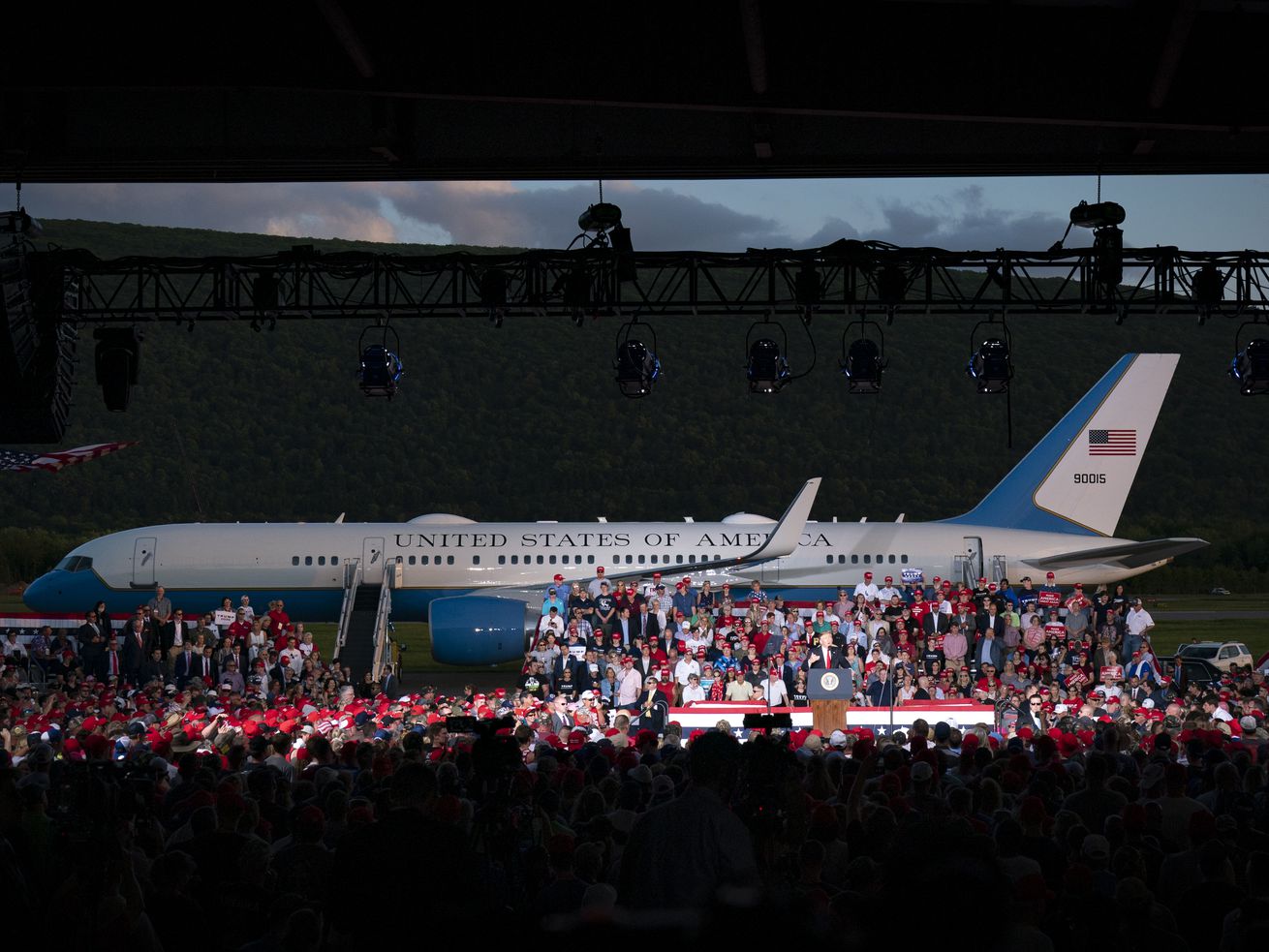 Joe Biden’s family moved away from the town he was born in — Scranton, Pennsylvania — when he was a boy. President Donald Trump wants Pennsylvanians to think that means Biden “deserted” them.

Trump concluded his rally in Montoursville, Pennsylvania, on Monday with that exceedingly dishonest attack on the longtime senator from Delaware, former vice president, and current Democratic presidential frontrunner.

“Biden deserted you — he’s not from Pennsylvania,” Trump said. “I guess he was born here, but he left you, folks. He left you for another state. Remember that, please. I meant to say that. This guy talks about, ‘I know Scranton’ — well, I know the place better. He left you for another state, and he didn’t take care of you, because he didn’t take care of your jobs.”

Within seconds, Trump wrapped up his rally. Watch:

Faced with economic hardship, the Biden family moved from Scranton to Wilmington, Delaware, in 1953, when Joe Biden was 10 or 11 years old. A New York Times story from 2008 explains:

While Mr. Biden has described his early youth as stable and relatively carefree, his father suffered a number of business reversals, and for several years when Joe Jr. was young the Bidens were forced to move in with his mother’s parents, the Finnegans, in their modest home on North Washington Avenue in Scranton.

Though Scranton was sharing in the postwar economic boom, Joe Sr. had trouble finding steady work, and nothing that measured up to his previous success. For a time, he commuted to Wilmington to clean boilers for a heating and cooling company. In 1953, he moved the family there.

It’s obviously absurd to blame Biden for his family moving when he was a boy. Also far-fetched is Trump’s allegation that Biden, when he served with President Barack Obama, “didn’t take care of your jobs.” From Obama’s inauguration through the end of his term, the unemployment rate in Pennsylvania fell from about 8 percent to about 4.5 percent.

But Trump’s attack isn’t really about litigating Biden’s childhood, or how about how successful the Obama administration was in pulling the economy out of the mess it inherited from the Bush administration. It’s about Trump’s lagging poll numbers.

While there’s obviously a long way to go between now and November 2020, early polling indicates that Biden enjoys a healthy lead over Trump in Pennsylvania, a state where Trump beat Hillary Clinton by just over a percentage point in 2016. A Quinnipiac Poll conducted last week found Biden beating Trump in a head-to-head matchup in the state by 11 points; the same margin a Fox News poll conducted last week found Biden ahead of Trump nationally.

Polls have underestimated Trump’s support before, but Pennsylvania is emblematic of broader problems the president is facing in states that were key to his 2016 Electoral College victory. Ahead of Trump’s rally on Monday, Politico’s Alex Isenstadt reported that “Trump’s aides and allies are moving aggressively to shore up his support in three Rust Belt states [Pennsylvania, Michigan, and Wisconsin] that propelled him to the presidency — but where his own polling shows him in trouble heading into 2020.” Trump does have a relatively strong economy working in his favor, but the trade war he’s launched against China threatens the livelihoods of farmers and factory workers in the region who rely on the country for an export market.

Instead of trying to broaden his support, during his rally on Monday, Trump seemed focused on providing red meat to his base. When he wasn’t dishonestly attacking Biden, he revived his baseless treason accusations against the FBI and Democrats and threatened to get Attorney General William Barr to investigate his perceived enemies — an authoritarian message that hardly seems designed to win over new voters.

Trump has already repeatedly shown a willingness to pull out all the stops to discredit Biden. Earlier this month, Rudy Giuliani, Trump’s personal attorney, tried to gin up a scandal around Biden’s dealings with Ukraine. It went nowhere, after it became overwhelmingly clear there was no merit to the corruption allegations that team Trump was asking the incoming Ukrainian government to investigate. Then, during a Fox News interview that aired on Sunday, Trump called for an investigation into Biden’s financial relationship with China.

Trump’s strategy, for now at least, seems to be to fling a bunch of attacks against the wall and see what sticks. Biden’s strong polling indicates that so far, not much has.