A SECOND child has reportedly died from coronavirus in the U.S. as the nation’s death toll soars past 1,130.

Jaquan Anderson, a 17-year-old boy from New Orleans became the youngest fatality from the virus in the state, the Louisiana Department of Health has reported. 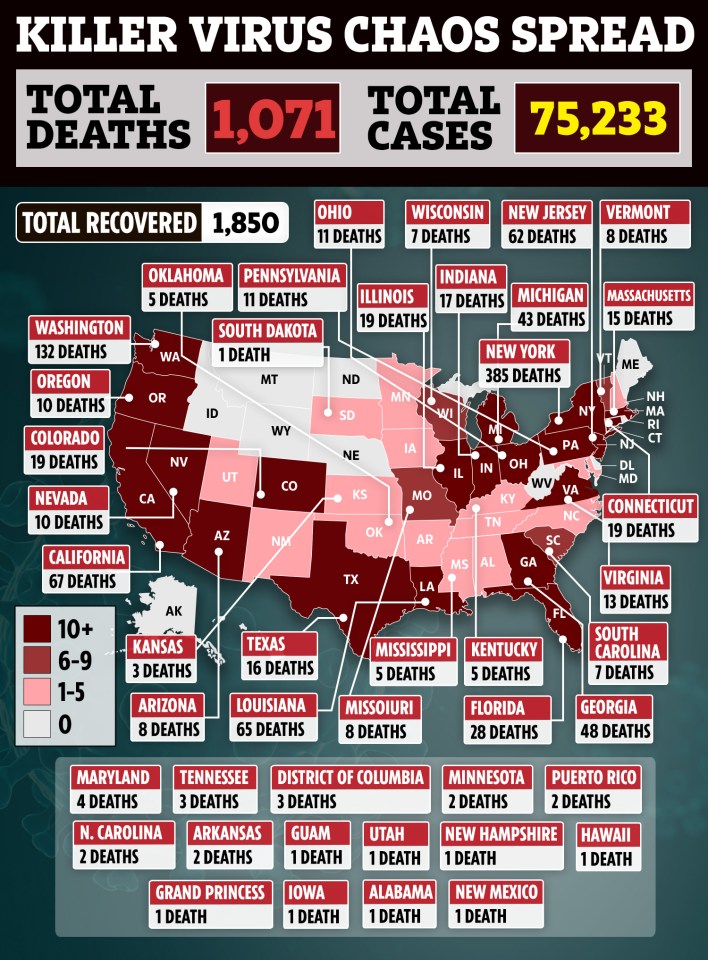 The Orleans Parish Coroner’s Office identified the teen as a 17-year-old black male.

The teenager is one of 18 deaths announced in the state on Wednesday, bringing the total to 83.

It is unclear if the teen had any other pre-existing medical conditions and his cause of death and manner of death remain under investigation.

A family member told WWL First News that Anderson had a heart condition.

While the elderly are thought to be the most at-risk of dying from the disease, deaths have been recorded across a broad range of ages.

William passed away last Wednesday at the age of 17 and was not confirmed to have COVID-19 until after his death.

The LA County Medical Examiner has not listed William’s cause of death and says that an investigation is pending to determine if it was in fact COVID-19.

The 17-year-old went to the hospital five days before his death with respiratory problems but was turned away according to Lancaster Mayor Rex Pariss.

The teenager was later admitted at Antelope Valley Hospital where he died from septic shock.

The Global Sepsis Alliance stated that COVID-19 can cause sepsis, which can lead to septic shock.

His cause of death is pending further investigation.

Tragic teen killed herself as she couldn’t face coronavirus isolation

Child, 4, trapped with mom’s body for 16 hours after she died of coronavirus

The United States now has the largest number of reported coronavirus cases in the world.

The country has now passed Italy and China — where the virus originated — with at least 81,321 cases as of Thursday, according to a tally from The New York Times.

The U.S. is 11 days behind Italy in terms of the virus spreading but already has a higher number of infections. 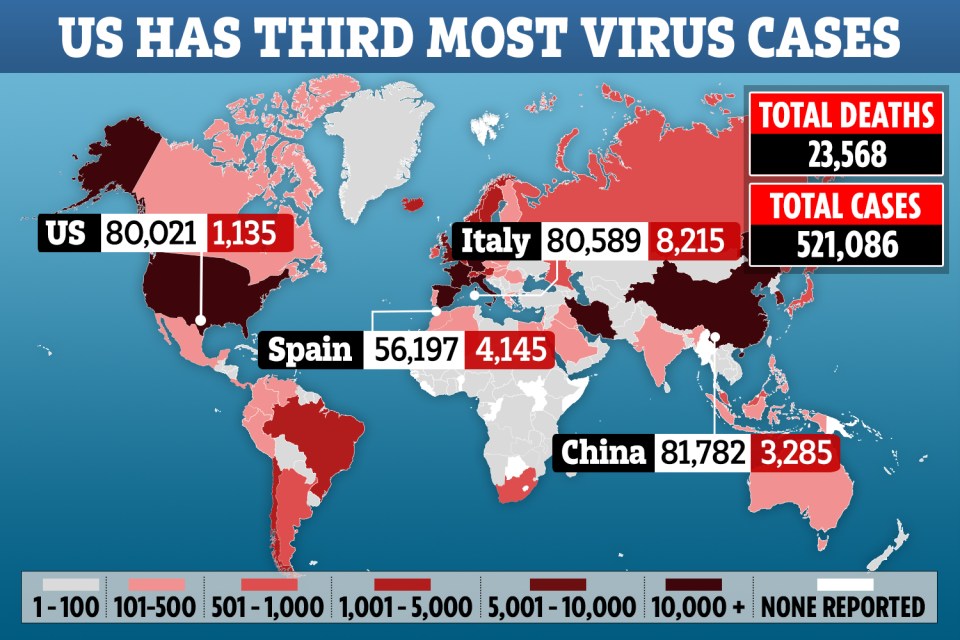