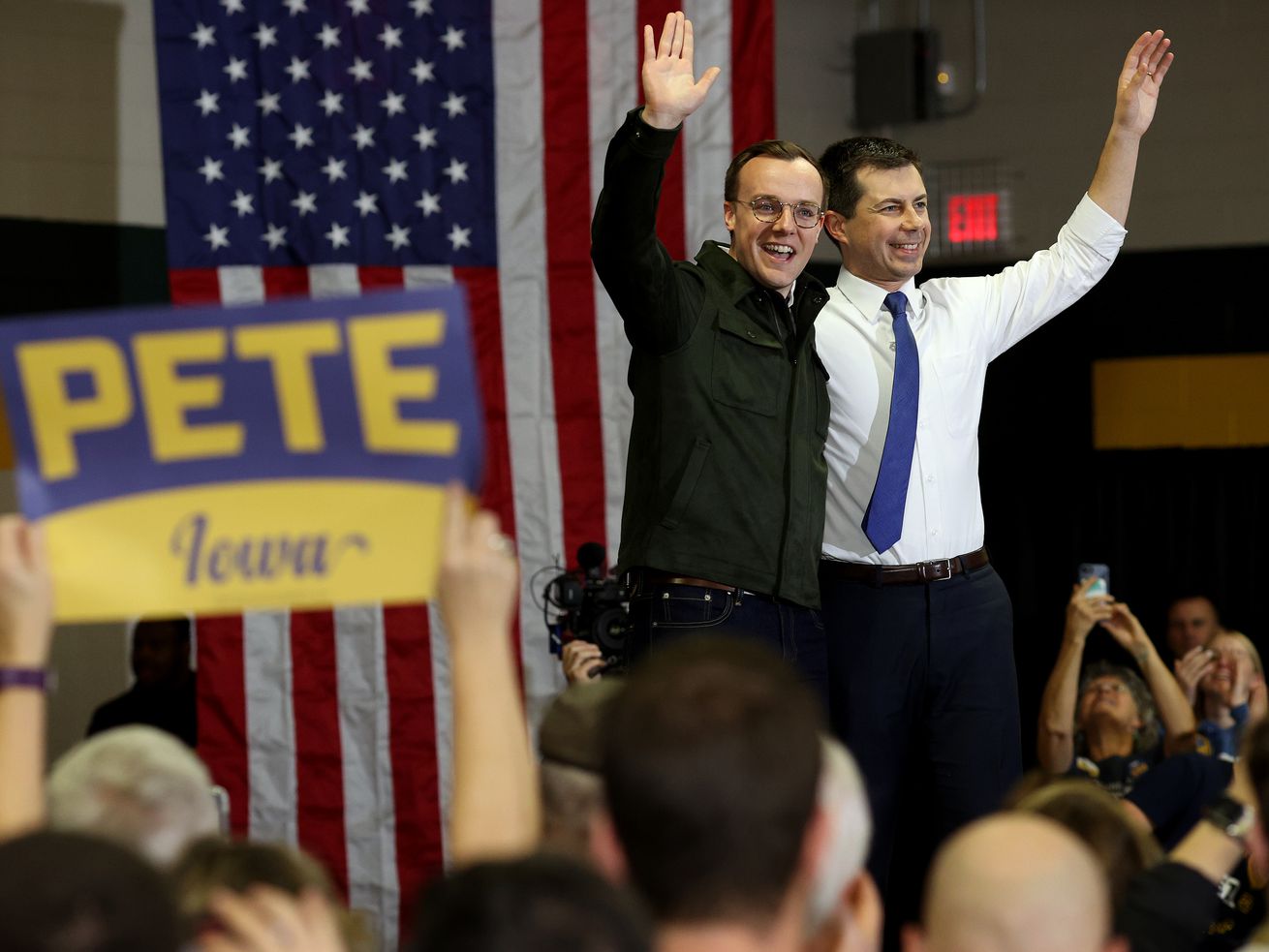 Limbaugh made homophobic comments about Buttigieg and argued his orientation makes him a weaker candidate.

Limbaugh, who was feted by President Donald Trump at the 2020 State of the Union address, and was awarded the Presidential Medal of Freedom, referred to Buttigieg as “Booty-gieg” on his radio show last week, and offered a bitterly bigoted take on how the former’s mayor’s sexual orientation would affect his chances of winning the presidential nomination.

Limbaugh added that Buttigieg would be an ideal rival to Trump, who he said would “have fun” facing off against a politician who “loves kissing his husband on debate stages.”

Buttigieg is the first openly gay candidate to mount a major presidential campaign in American history, and has been married to his husband, Chasten, for over two years.

Sunday, CNN’s Dana Bash asked Buttigieg to respond to the comments on State of the Union.

“Well, I love my husband. I’m faithful to my husband. On stage we usually just go for a hug, but I love him very much,” Buttigieg said. “And I’m not going to take lectures on family values from the likes of Rush Limbaugh.”

“I love my husband. I’m faithful to my husband,” @petebuttigieg responds to conservative radio host Rush Limbaugh’s recent comments. “I’m not going to take lectures on family values from the likes of Rush Limbaugh.” #CNNSOTUhttps://t.co/bOje6TVl1s pic.twitter.com/icNbNMetlw

And in an appearance appearance on Fox News Sunday, Buttigieg took an opportunity to use Limbaugh’s remarks to take a direct strike at Trump.

“I’m not going to be lectured on family values from the likes of Rush Limbaugh or anybody who supports Donald J. Trump as the moral as well as political leader of the United States,” Buttigieg said.

“America has moved on, and we should have politics of belonging that welcomes everybody,” Buttigieg continued. “That’s what the American people are for. And I am saddened for what the Republican Party has become if they embrace that kind of homophobic rhetoric.”

Limbaugh’s comments were par for the course with him. Despite being given a civilian honor typically reserved for those who have made positive contributions to American life like Toni Morrison and Ansel Adams, the radio personality has long been a divisive figure who openly peddles racist, sexist, and otherwise inflammatory views.

As Vox’s Laura McGann has explained, “Limbaugh fills hours of airtime each week with hateful commentary directed at African Americans, Asian Americans, women, people with disabilities, and pretty much anyone who is not white, straight, and male.”

He has mocked the president of China by saying, “Hu Jintao was just going, ‘Ching cha. Ching chang cho chow. Cha chow. Ching cho. Chi ba ba ba. Kwo kwa kwa kee,” said the NBA should be rebranded “the TBA, the Thug Basketball Association,” and has recently made sexist, ablest attacks on teenaged climate activist Greta Thunberg. And these are just a few of his many, many hateful remarks.

Limbaugh’s remarks are part of why his base tunes into his show, and have not always drawn bipartisan criticism, but his most recent attacks on Buttigieg did just that, with both Republicans and Democrats censuring him.

A spokesman for Sen. Lamar Alexander, a Republican from Tennessee, said: “There may be reasons not to vote for Mayor Buttigieg, but that’s not one of them. This is a tolerant country.”

“It’s a miscalculation as to where the country is at,” Trump ally South Carolina Sen. Lindsey Graham said. “I think the country is not going to disqualify somebody because of their sexual orientation.”

Sen. Elizabeth Warren tweeted, “These homophobic attacks against [Buttigieg] are hateful and offensive. … We will fight together against the hate and bigotry that Donald Trump promotes and rewards.”

And while he did not exactly criticize the man he honored weeks ago, even Trump suggested Limbaugh may have gone too far. When asked during an interview with Geraldo Rivera on Cleveland’s Newsradio WTAM if Americans would vote for a gay man to be president, Trump said, “I think so.”

“I think there would be some that wouldn’t. I wouldn’t be among that group, to be honest with you,” he added.