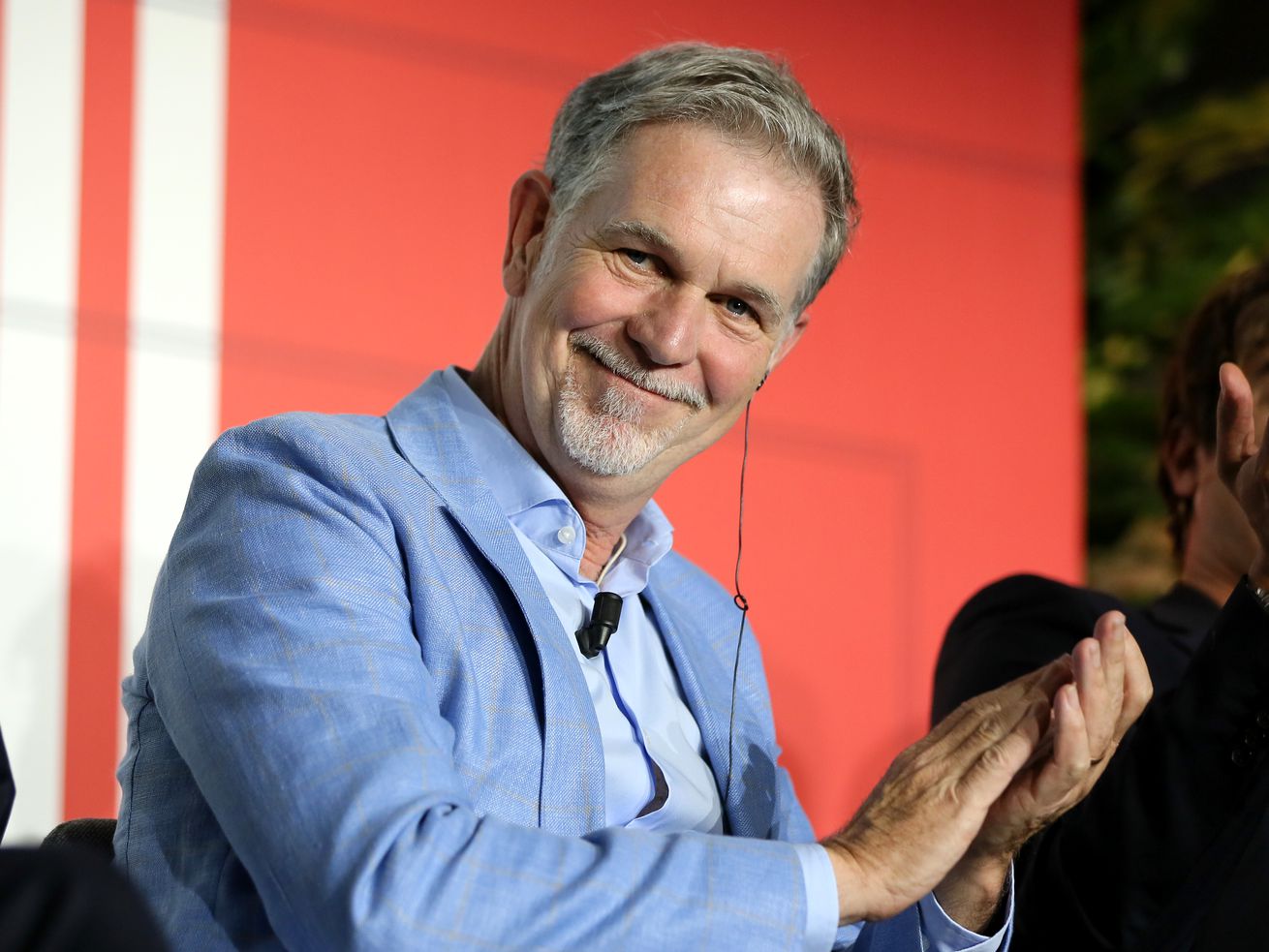 Reed Hastings is one of many high-powered hosts of the Buttigieg fundraising event scheduled on Monday. | Ernesto S. Ruscio/Getty Images/Netflix

The families of Eric Schmidt, Reed Hastings, and Sergey Brin are hosting a fundraiser for Buttigieg on Monday.

Representatives from Silicon Valley’s wealthiest families are raising money for Pete Buttigieg’s presidential campaign in a show of Silicon Valley force not yet seen in the primary campaign so far, Recode has learned.

A host list circulated to prospective donors for an event on Monday morning in Palo Alto, California, features individuals with family ties to some of the most prominent people in Big Tech. Netflix CEO and co-founder Reed Hastings is listed as a co-host of the event, as is Nicole Shanahan, the wife of Google co-founder Sergey Brin; Wendy Schmidt, the wife of former Google CEO Eric Schmidt; and Michelle Sandberg, the sister of Facebook COO Sheryl Sandberg, sources say.

The inclusion of these people on the list says nothing definitive about who Sergey Brin, Sheryl Sandberg, or Eric Schmidt themselves will support in the 2020 race, of course. But the event’s host list is a reminder of Buttigieg’s ties to Silicon Valley, which are increasingly becoming front-and-center in the presidential campaign thanks to Elizabeth Warren, who is raising questions about Buttigieg’s relationships with major contributors.

At a time when Big Tech and elite donors are on the ropes in Democratic politics, Buttigieg is embracing both more than his rivals. How voters respond will be an indication of how much they care about candidates’ connections to Silicon Valley titans.

Buttigieg has been making inroads with tech donors throughout 2019. During his last trip to Silicon Valley in September, the Democratic candidate quietly had a private sit-down at Emerson Collective with billionaire Laurene Powell Jobs, Recode has learned. Powell Jobs has met with other candidates as well.

A Buttigieg spokesperson said in a statement: “We are proud to have the support of more than 700,000 grassroots donors across the country who are helping power this campaign. The only thing people are promised at an event with Pete is that he will use that money to beat Donald Trump.”

The Palo Alto event is one of four Buttigieg fundraisers being hosted in the Bay Area beginning on Sunday evening. In Napa Valley, Buttigieg will be hosted by Katie Hall, an advisor to ultra-high-net-worth clients, for “An Evening in the Vineyards with Mayor Pete,” according to an invitation seen by Recode. In Woodside, Buttigieg will be hosted by Justin Rosenstein, the co-founder of Asana. This is notable because Rosenstein’s co-founder, Dustin Moskovitz, is one of the Democratic Party’s biggest mega-donors, though he is not expected to weigh in on the presidential primary.

To close out the trip in San Francisco, Buttigieg will be hosted by art gallery owner Jeffrey Fraenkel and Sabrina Buell, who belongs to a family famous for its political fundraising. In a sign of Buttigieg’s appeal, that event — which has only one asking price, the maximum individual contribution limit of $2,800 — is sold out, a rarity in presidential fundraising.

But it is the Palo Alto event that is likely to turn heads. The Brin, Schmidt, Hastings, and Sandberg families have a combined net worth of about $80 billion, according to estimates. These co-hosts are promised an “intimate meeting with Mayor Pete” at the coffee fundraiser in exchange for donating $2,800 apiece to his campaign, according to the invitation.

Hastings had been scheduled to host Buttigieg on a prior trip that was later canceled. The Netflix CEO is more politically active than other tech billionaires and has sunk millions of dollars into advocating for charter schools in California.

Shanahan, Brin’s wife, is a person being watched closely in the world of Silicon Valley philanthropy and politics. The couple got married earlier this year, and Shanahan has embarked on an ambitious effort to research reproductive aging by dedicating $100 million to a new group called the Bia Echo Foundation.

Schmidt’s wife, Wendy, has long been focused on the Schmidt Family Foundation, the philanthropic group backed by Eric Schmidt’s money from Google that is focused on efforts like ocean conservation and international leadership development.

Sandberg’s sister, Michelle, and her husband, Marc Bodnick, have backed Buttigieg for a while and have become top fundraisers for his campaign.

Their family members are being more circumspect. Brin and Sheryl Sandberg have not made any endorsements in the 2020 race, though Sandberg has long been one of Silicon Valley’s most prolific donors. Eric Schmidt, a power broker in Democratic politics during the Obama years, has also raised money for Joe Biden.

But at a moment when Buttigieg is coming under criticism from Warren, any ties to Big Tech will only accentuate her argument about his relationships to Silicon Valley. Warren, for her part, is doing no official fundraising events and has said she is returning contributions over $200 from Big Tech executives — though her rebuffs don’t seem to diminish her appeal for many of tech’s elite figures.

“When a candidate brags about how beholden he feels to a group of wealthy investors, our democracy is in serious trouble,” Warren said of Buttigieg in a major speech on Thursday.

Warren has also succeeded in pressuring Buttigieg into committing to release the names of his fundraisers and to open up his events to the media. This quartet of fundraisers in Silicon Valley will be some of the first events to allow media access as part of an effort to show that what happens behind closed doors isn’t as mysterious as you’d think.