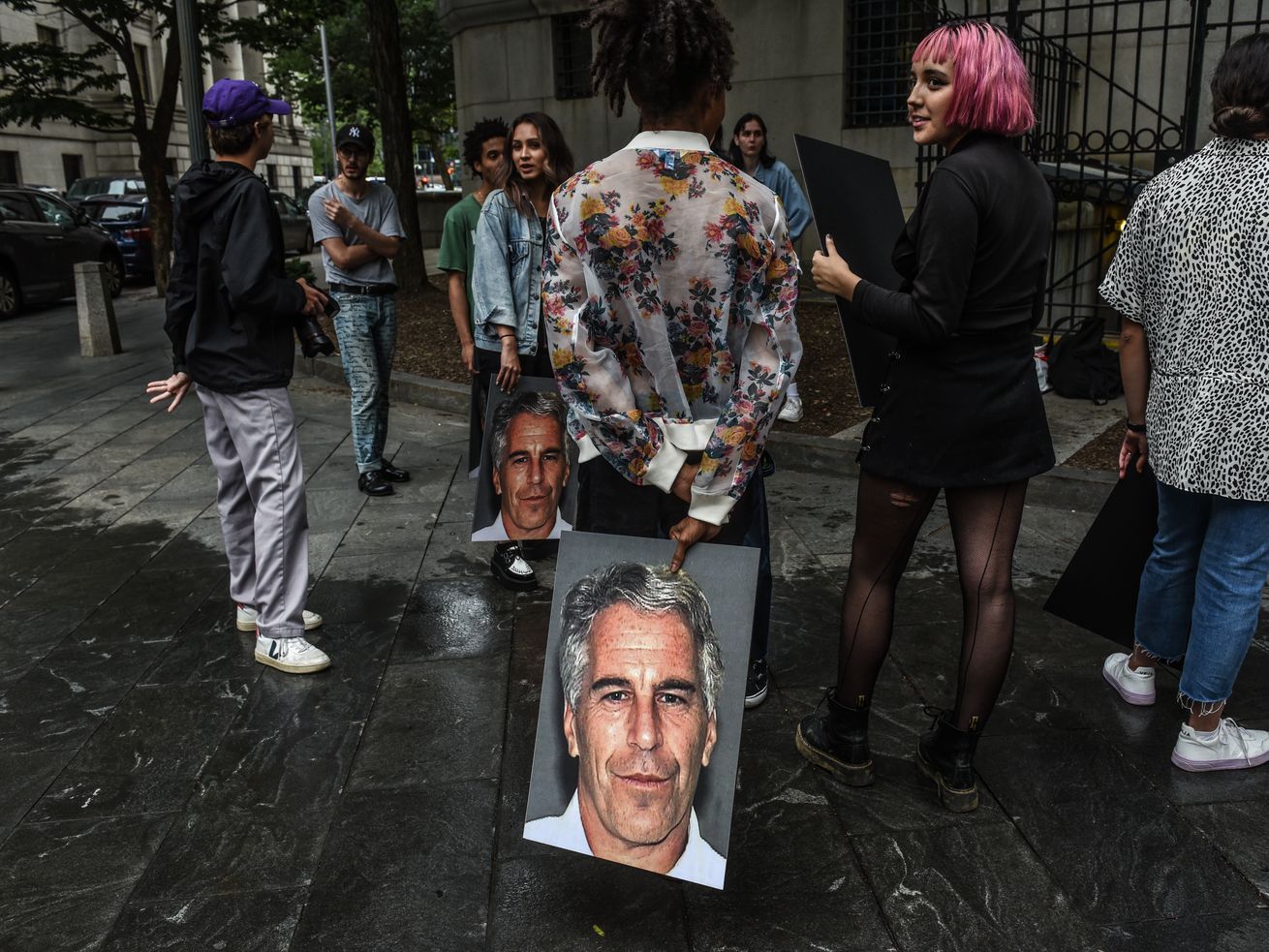 Revelations about the sex offender’s connections to the MIT Media Lab are a reminder of the power of enablers.

Joichi Ito, the director of MIT’s Media Lab, resigned from his post on Saturday after new reporting showed he took donations from sex offender Jeffrey Epstein — and worked to conceal their source — years after Epstein was first indicted on sex crime charges.

Ito acknowledged earlier this month that he accepted donations from Epstein both for the lab — which describes itself as an “antidisciplinary research community” that “examines the deeper implications of where technology creation and adoption has led us” — and for his own investment funds. And on Friday, Ronan Farrow of the New Yorker reported that the Media Lab had also accepted at least $7.5 million from other wealthy donors “directed” or facilitated by Epstein. Ito also took pains to conceal his work with Epstein, insisting that donations be recorded without his name and noting the money manager’s visits on his calendar only with the initials “J.E.,” Farrow reports.

The revelations about Epstein’s donations — and the way he apparently used his relationships with scientists to launder his public image — raise new questions about sexual assault cases and their aftermath. In the current phase of the #MeToo movement, a lot of attention has focused on what happens to men accused of sexual misconduct — their investigation, their punishment, and, in some cases, their eventual redemption.

But the story of Ito and the MIT Media Lab is a reminder that many powerful men accused of sexual abuse or other misconduct were also surrounded by people who looked the other way — or who helped them build and rebuild their empires in full knowledge of the allegations against them. To be complete, the reckoning around sexual misconduct ushered in by #MeToo will need to address these networks of enablers as well as the perpetrators themselves.

Ito knew Epstein was a sex offender. He took his money anyway.

Since Jeffrey Epstein was found dead in a Manhattan jail in August, attention has shifted to his friends, alleged co-conspirators, and associates. The money manager was a longtime patron of academia and the sciences, who was known for hosting dinner parties for scientists and other luminaries (at some of these he apparently discussed his plans for a “baby ranch” where he would seed the human race with his DNA). He also donated to several academic programs, including the MIT Media Lab.

Founded in 1985, the lab has been described by its leaders as a place for outside-the-box thinking; Ito once called it a place for “people who don’t fit in any existing discipline either because they are between — or simply beyond — disciplines.” But it also became a vehicle for MIT to cozy up to private business and wealthy donors, Justin Peters writes at Slate.

The extent of Epstein’s links with the Media Lab has become clear over the last few weeks. In August, Ethan Zuckerman, a media professor at MIT, announced he was severing ties with the lab after learning of Epstein’s ties to Ito. Another researcher soon followed suit. Last week, Ito admitted publicly that Epstein had donated $525,000 to the lab, as well as giving $1.2 million to investment funds that Ito controlled.

Then, on Friday, Farrow reported at the New Yorker that Epstein’s influence at the Media Lab went beyond those donations. Epstein also helped the lab get $7.5 million in donations from other wealthy people, including Bill Gates — emails describe the donations as having been “directed” by Epstein, according to Farrow.

All this happened after Epstein was sentenced to jail in 2008 and forced to register as a sex offender, and emails between Ito and others show that Ito was aware of Epstein’s past and worked to conceal his relationship with the lab, Farrow notes. In one email exchange, Ito solicited money from Epstein for a researcher’s work, asking, “Could you re-up/top-off with another $100K so we can extend his contract another year?”

Epstein agreed, and Ito forwarded the exchange to a staffer with the note, “Make sure this gets accounted for as anonymous.” Ito also identified Epstein on his meeting calendar only as “J.E.,” though other guests were identified by their full names, Farrow reports. Ito did not comment to the New Yorker for the story.

Perhaps the most disturbing part of Farrow’s story are the recollections of Signe Swenson, a former lab staffer who says that Ito had told an associate that Epstein “never goes into any room without his two female ‘assistants,’” and that he wanted to bring the “assistants” into a Media Lab meeting. The women “were models. Eastern European, definitely,” Swenson said. She added that she and other female staffers were concerned for them — “we literally had a conversation about how, on the off chance that they’re not there by choice, we could maybe help them.”

Swenson resigned in 2016, in part over concerns about Epstein, and began working with a law firm on telling her story publicly. Ito, Farrow notes, continued downplaying his connections with Epstein up until his resignation on Saturday. In an August statement admitting his knowledge of “gifts” from Epstein, Ito said, “Regrettably, over the years, the Lab has received money through some of the foundations that he controlled.”

Ito and others helped Epstein rehabilitate his image

By accepting Epstein’s donations, Ito and others weren’t just taking the money of a sex offender. They were also helping him rebuild his public image and potentially commit more crimes. After his jail term, Epstein put up a website trumpeting a gathering he’d hosted that was attended by Stephen Hawking and other scientists, the New York Times reported. Such websites allowed Epstein to rehabilitate his reputation, including the Google search results for his name. “If you looked up Jeffrey Epstein online in 2012, you would see what we all saw,” Leon Botstein, the president of Bard College, told the Times, explaining why Bard accepted donations from Epstein.

Epstein also used his donations to universities to pitch positive media coverage for himself after his release from jail, and succeeded in getting HuffPost to publish a 2017 piece praising him for “taking action to help a number of scientists thrive during the ‘Trump Era,’” according to the Times (the piece has since been taken down).

Ito has now resigned from his positions, but the sheer number of his resignations is a reminder that those who worked with or took money from Epstein had (and in some cases, still have) a variety of positions of power in American society. In Ito’s case and in others, they knew that Epstein was a registered sex offender who had been to jail — the crime for which he ultimately served time, soliciting a minor for prostitution, was public, as were allegations that he abused many more underage girls.

But some chose to take money from him anyway, effectively helping him retain his connections and social status and avoid scrutiny, even as he allegedly continued to abuse women and girls. According to lawsuits filed against his estate, Epstein was still recruiting girls and women at dance studios in New York, and abusing them, well after his jail sentence, the New York Times reports.

In the wake of Epstein’s death, as authorities investigate his potential co-conspirators, it’s equally important to look at the judgment of those who helped him burnish his public image by presenting himself as a friend of science and innovation. In cases where they are still in a position to make decisions about wealthy and influential donors, it’s worth asking what they knew and when they knew it, and whether they would be likely to make the same decision again.

Epstein appears to have been particularly adept at “collecting” famous friends, but he is not the only powerful man accused of sexual abuse who was enabled, in part, by the willingness of others to keep him in power. Harvey Weinstein, for instance, was surrounded by everyone from lawyers who attacked his accusers to politicians who took his money, even though his behavior had been an open secret in Hollywood for years.

In many cases, those are people with power themselves, whose decisions affect the lives and livelihoods of many people. A true reckoning with the problems of assault and harassment has to include an examination of their role — otherwise, they might simply repeat it.