A young child was found trapped with his mother’s dead body for around 16 hours after she died of the coronavirus.

Police said the woman, who was a mammogram technician at a local hospital, was found dead around 12 to 16 after she had died when authorities went to do a welfare check, WGXA reported. 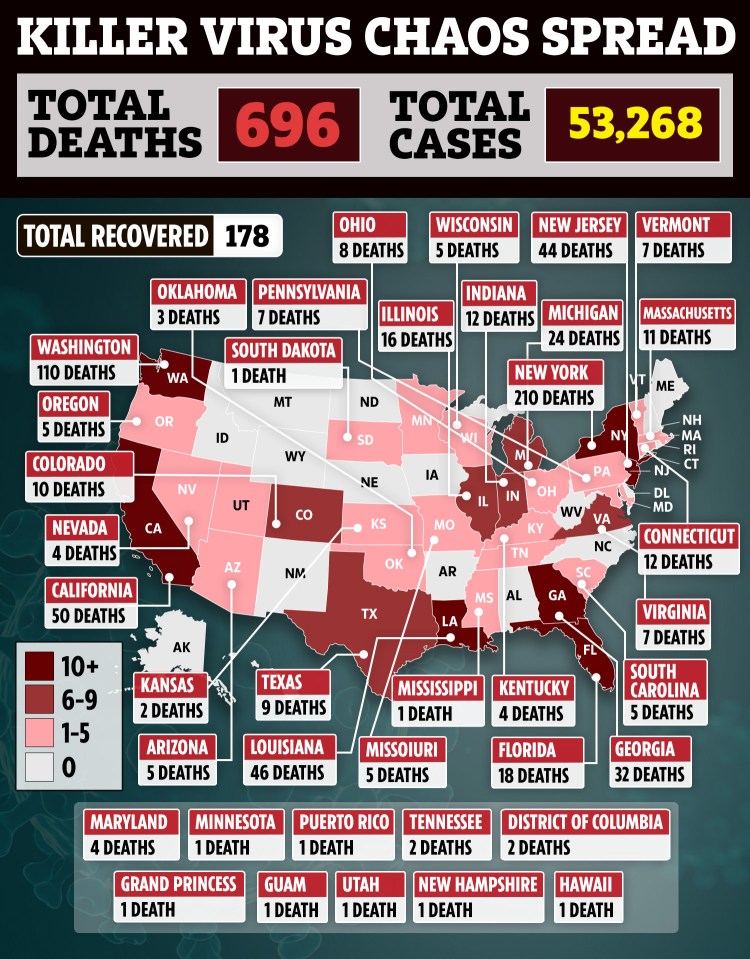 The woman’s child, who was around four or five years old, was found in the home when her body was discovered, Coweta County Coroner Richard Hawk told WGXA

Hawk said in an email to The Sun that the Georgia woman was 42 years old, and did not have any known underlying conditions.

It was unclear if or how long she had symptoms of the virus.

Hawk told the Atlanta Journal-Constitution her death was due to COVID-19.

Officials have not released the identity of the woman.

As of Tuesday night, Coweta County had confirmed 10 cases of coronavirus, according to the latest data from Johns Hopkins University.

The U.S. has confirmed at least 706 deaths across the nation.

Piedmont Newnan, the hospital where the mother worked, sent a statement to WGXA after her death.

“We were deeply saddened when the coroner notified us on Saturday afternoon of the sudden passing of our colleague.

Despite what has been reported in the media, we understand from those responsible for determining cause of death that it is still inconclusive.

Trump has said it’s a possibility the U.S. may be back up and running by Easter[/caption]

Businesses have been forced to close amid social distancing protocols[/caption]

“However, because we were told that an initial COVID-19 test performed after her death was positive, and because we know people can expose others before they show evidence of the disease, as a cautionary measure, we have contacted the employees and patients who may have had contact with this employee in the days leading up to the colleague’s last day at work,” the hospital said.

Piedmont said to WGXA they are offering testing and guidance for people to self-monitor, and that the woman did not work directly with patients suspected or confirmed to have the virus.

The U.S. confirmed its first death of a minor on Monday in California.

As cases in the U.S. continue to climb by the thousands, President Donald Trump said he wants to have the country back up and running by Easter.

He has previously said that the repercussions from fighting coronavirus – especially economic –  cannot be the virus itself.

Tragic teen who feared coronavirus isolation took her own life

Millions of Americans are under lockdown as states have enacted stay-at-home orders to curb virus spread, causing many businesses to close and workers to lose their hours or their jobs.