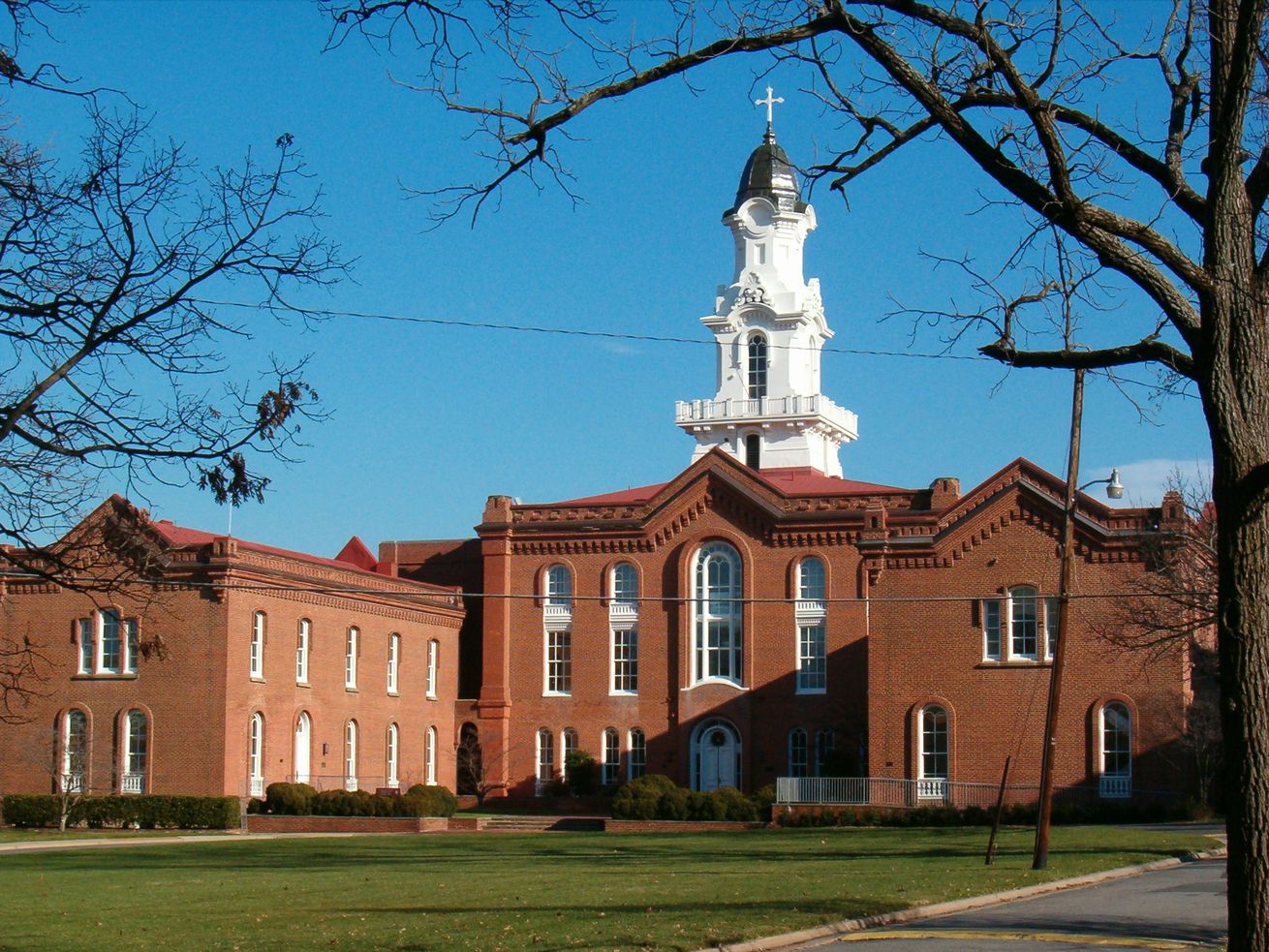 On September 5, 2019, Virginia Theological Seminary announced that it would spend $1.7 million on reparations. | SreeBot/Creative Commons

For the past several months, reparations have been at the forefront of an ongoing national conversation about what America owes to the descendants of the enslaved. While much of this talk has led to little else, Virginia Theological Seminary is moving forward with its own plans to provide restitution: Last week the school announced it has set up a $1.7 million fund to provide reparations.

In a press release, the Alexandria, Virginia-based Episcopal seminary acknowledged that it once used enslaved labor and supported segregation, citing this history as part of the reason why it wanted to provide restitution. The money, the school says, will be used to “repair the material consequences of our sin in the past.”

According to the Washington Post, the fund “will help address the ‘particular needs’ of the descendants of slaves who worked at the seminary, to create programs that promote justice and inclusion, and to elevate the work and voices of African American alumni and clergy within the Episcopal Church, especially at historically black congregations.”

“We are deeply conscious of our past. It is a past which is an intertwined mixture of sin and grace. Part of our past is explicit racism,” the Very Rev. Ian S. Markham, PhD, dean and president of Virginia Theological Seminary, said in a statement. “We were a Seminary where enslaved persons worked. We participated fully in segregation. So we apologize; so we commit to a different future; but we need to do more. This fund is our seed — the first step.“

Several of the seminary’s founders — including Francis Scott Key, author of the national anthem — owned men and women. The Post notes that enslaved laborers owned by a construction contractor built the seminary’s Aspinwall Hall in 1841, which now serves as the main building for the school’s administration. In 2006, the outlet adds, the seminary’s archivist “found that Mount Vernon, George Washington’s estate, rented slaves to work at the seminary in the 1850s, and that early professors and Virginia bishops also owned slaves.”

After slavery’s end, the seminary continued to have a segregated campus, with black students looking to attend but instead going to Bishop Payne Divinity School. Virginia Theological Seminary did not admit its first black student until nearly a century after the Civil War, in 1951.

With its announcement, the seminary leaps to the front of a growing movement among colleges and universities to reckon with and acknowledge the specific ways their institutions benefited from the labor and sale of enslaved men and women. It is a movement that has been active for the past few years but has seen increased attention in 2019 as Democratic presidential candidates and other politicians call for the federal government to examine the importance of providing reparations.

So far, Virginia Theological Seminary is the first and so far the only school to launch a fully funded effort to provide reparations. But the fund could also mark the beginning of something even bigger: a shift away from reparations being discussed as a hypothetical or theoretical matter and into financial restitution actually being given.

A growing number of schools have started to look into reparations and restitution for descendants of the enslaved. But most of these schools have stopped short of supporting actual funds to provide compensation, instead launching studies to better understand how they profited or otherwise benefitted from the use of enslaved labor.

These efforts have led to initiatives like Universities Studying Slavery, a University of Virginia-led consortium of roughly 50 schools that examines the history and legacy of slavery and its continued impacts in the present. Individual schools have also looked into the matter; earlier this year at the University of Virginia, for example, a genealogist began working to identify and find the descendants of some of the 4,000 slaves estimated to have worked on the university’s campus before 1865.

There have also been student-led initiatives demanding universities make some sort of sustained effort to provide restitution to the descendants of the enslaved. The effort that has gotten the most attention in the past few months came from students at Georgetown University, where students voted in April to pass a referendum adding a $27.20 student fee for every student starting in the fall of 2020.

The Georgetown student referendum, however, is non-binding, and the decision to implement the fee is ultimately up to the university’s board of directors. So far, the school has not made a public announcement about whether or not it will actually enact the student referendum.

Other student-led efforts to demand a reparations program are underway at the University of Georgia, where a coalition of students, faculty, and activists have called for the school to provide reparations, as well as do things like create a center on campus exploring the university’s ties to slavery and pay university workers a $15 minimum wage to address a “massive racial wealth gap.”

The call comes months after the University of Georgia faculty released a report showing that an area on campus was once used as a burial site for the enslaved. In August, the university announced that it had set up a $100,000 research fund to support projects that aim to understand the school’s connections to slavery.

And in New Jersey, students at Princeton Theological Seminary are calling for the school to take the next step after releasing a report on its founders connection to slavery by providing reparations.

In Virginia, the announcement of the $1.7 million fund has drawn national media attention, serving as the latest example of how institutions of higher education are reckoning with the specific ways that they benefitted from slavery. But even as Virginia Theological Seminary moves forward with its fund, reparations experts like Duke University’s William Darity say that reparations need to be seen as a national effort, and will have the largest impact when they are adopted at the federal level and are national in scale.

”What complicit institutions should do is use their resources to craft a lobbying organization that would put before Congress the case for reparations for the black descendants of all persons who were enslaved in the United States,” Darity told CNN.

But Thompson, the Virginia Theological Seminary minister whose office will oversee the reparations fund, says the school’s program is still an important step. “The commitment of these financial resources means that the institution’s attitude of repentance is being supported by actions of repentance that can have a significant impact both on the recipients of the funds, as well as on those at VTS,” he says.