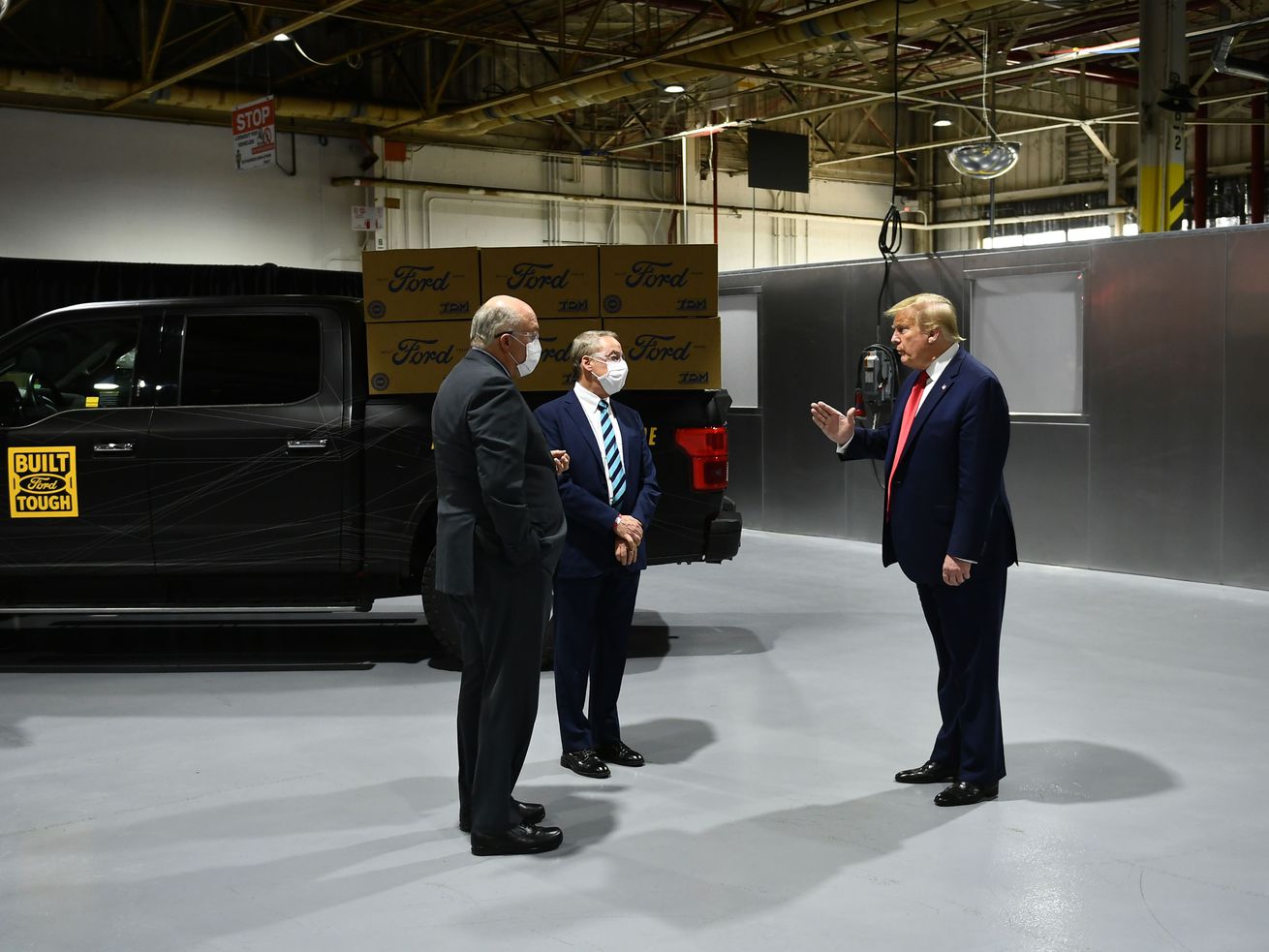 The president is mad that Fox News isn’t rigging polls for him.

On Thursday afternoon, President Donald Trump said the quiet part loud in a tweet where he attacked Fox News for “doing nothing to help Republicans, and me, get re-elected on November 3rd.” Hours later, the network gave him a new thing to get angry about.

Trump is not going to be happy that Fox News didn’t rig their new poll for him pic.twitter.com/e93GjPbRtG

Trump’s eroding standing versus Biden in the poll of 1,207 registered voters conducted May 17 to 20 correlates with a decline in approval of his handling of the coronavirus, which according to the Fox poll stands at 43 percent, an 8 percent decrease from March and April. A separate ABC News/Ipsos poll out Friday morning finds approval of Trump’s handling of the coronavirus hitting a new low of 39 percent.

As I’ve written, Trump has a long history of erupting at Fox News for not rigging polls in his favor. (For all the network’s Trump-friendly tilt on TV, its polls are high-quality; FiveThirtyEight gives Fox News polling an A- rating.) While he didn’t directly address the new Fox poll on Thursday evening, Trump indirectly hit back at it by tweeting outdated polls and out-of-context data points in an effort to portray himself as more popular than he really is.

Trump, however, obfuscated reality by tweeting out a more positive poll from the Hill/HarrisX that’s at least 10 days old, if not older. It’s also worth noting that the Hill/HarrisX has a significant rightward bias and, unlike Fox, is not highly regarded by FiveThirtyEight’s pollster rankings.

Later Thursday, Trump tweeted out a data point from a poll conducted by a right-wing PAC showing him leading Biden by about 5 points in Pennsylvania.

“President Trump is leading Joe Biden (D) in the battleground state of Pennsylvania 50.2 percent to 45.5 percent…This is significant, as it reflects a 4.7 percent jump from the previous survey.” https://t.co/wb0deC8LQh

That’s not great for Biden, who was born in the state and may need its Electoral College votes to win the election. But even this poll contains mostly bad news for Trump. Had he read the Breitbart article he shared, he would have seen that the poll shows Biden “enjoying an 8.8 percent advantage in Michigan and 9.1 percent advantage in Wisconsin” — both states that Trump won in 2016 and are central to his reelection hopes.

Trump went on to post another tweet boasting about his “96% Approval Rating in the Republican Party. Thank you!” But while he loves touting this specific data point on Twitter, it’s possible he’s just making it up. He never cites a specific poll that substantiates the 96 percent figure, and it’s inflated in comparison to other polls. Fox News, for instance, finds that 84 percent of Republicans support Trump — a slightly lesser percentage than the 88 percent of Democrats who support Biden.

On Friday morning, Trump took aim at Fox News directly, lamenting in one tweet that the network “should fire their Fake Pollster. Never had a good Fox Poll!” and then in another questioning why it doesn’t squelch its own polling and just publicize other ones that reflect more positively on him.

Why doesn’t @FoxNews put up the CNBC POLL or the (believe it or not!) @CNN Poll? Hope Roger A is looking down and watching what has happened to this once beautiful creation!

Trump, of course, isn’t shy about making it known that he regards Fox News as something akin to an arm of his political operation — he thinks it should serve as a propaganda outlet for him, goes into a public tailspin whenever anybody on the network offers even mild criticism, and doesn’t try to hide the fact he thinks it should be rigging polls to portray him in the best possible light.

But it’s notable that instead of reflecting on why his poll numbers are sliding — that he doesn’t really have a plan beyond wishful thinking to pull the country out of the interlocking public health and economic crises created by the coronavirus, for instance — the president attacks the messenger. He simply refuses to acknowledge the increasingly likely possibility that he’ll go down as a president who was undone in large part by a pandemic he was unprepared for.