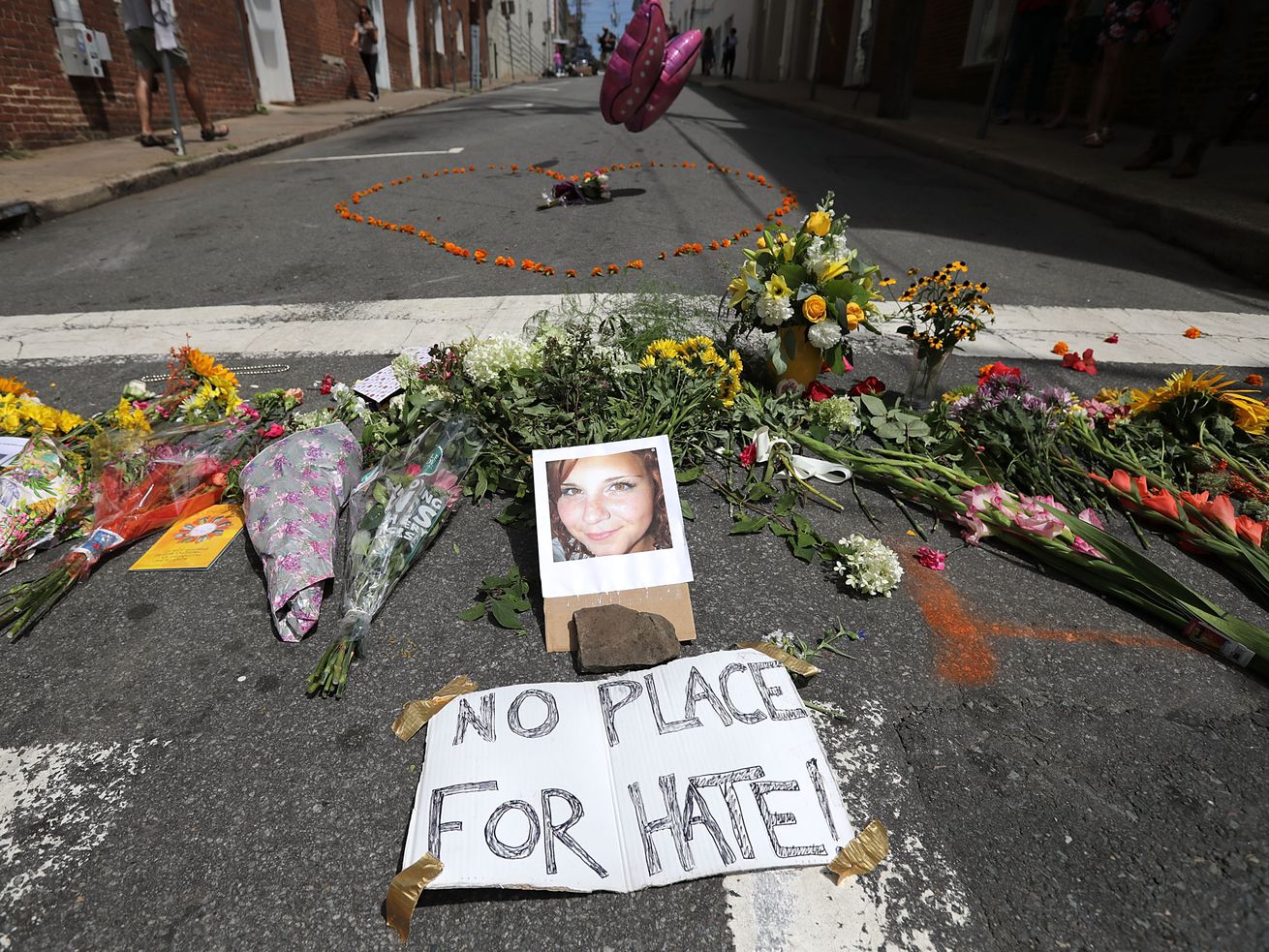 James Alex Fields Jr.’s sentence in Virginia comes weeks after he was sentenced to life in prison by a federal court.

Weeks after the man who drove a car into a group of people protesting the white supremacist “Unite the Right” rally in Charlottesville in 2017 was sentenced to life in prison by a federal court, he was sentenced to a second life sentence in Virginia.

On July 15, nearly two years after his actions killed one woman, Heather Heyer, and injured more than two dozen others, 22-year-old James A. Fields Jr. was sentenced to life in prison plus 419 years by a Virginia court. Fields has also been ordered to pay $480,000 in fines.

The state sentence, which was first recommended by a jury in December, comes shortly after Fields’ was sentenced on 29 counts of committing federal hate crimes. The two sentences will run consecutively, CNN reports.

Fields was indicted on the federal charges last year and agreed to plead guilty to them earlier in 2019. As part of the deal, prosecutors dropped one charge against him that carried a possible death sentence.

The July 15 sentencing comes months after Fields was convicted at the state level in 2018 on charges stemming from the 2017 car attack. He was convicted on counts of first-degree murder, malicious wounding, and leaving the scene of a fatal crash.

During that trial, defense lawyers argued that Fields acted in self-defense and pointed to his history of mental illness. Many of the same arguments were repeated during Fields’s federal sentencing hearing last month.

The first life sentence, handed down in June, was announced after a hearing that took several hours, according to the Washington Post. More than a dozen survivors and witnesses of the 2017 attack testified at the hearing, including Susan Bro, Heyer’s mother.

During her testimony, Bro called for Fields to spend life in prison, but said that she hoped he “can heal someday and help others heal,” according to the Associated Press.

More victims of the 2017 attack spoke at the state sentencing hearing on Monday. One woman, Star Peterson, opened her impact statement by addressing Fields directly. “Hello, scum,” she said. “You look like a coward now that you’re not behind the wheel of a car.”

“I want to never be aware of him again,” another victim, Wren Steel, said during the hearing.

Wren Steele, a victim of the car attack. Both her legs and her hand was broken as she was thrown over a car and landed on the hood of another car. She suffered other injuries as well. @USATODAY pic.twitter.com/aVenDkaITZ

As Vox’s Jane Coaston has reported, Fields traveled to Virginia for “Unite the Right,” a 2017 rally organized by alt-right and white supremacist groups. Organizers said they were protesting Charlottesville city officials’ plan to tear down Confederate monuments, including a statue of Confederate Gen. Robert E. Lee. After marching with the rally attendees, Fields returned to his car, which he then drove into a crowd of counterprotesters. His attack drew national attention, and has been seen as a moment that reignited attention to the spread of white supremacist violence in the US.

But the 2017 incident has had a particularly powerful effect on Charlottesville, which has focused on healing and commemorating the actions of anti-racist protesters in the nearly two years since the attack.

On Monday, Charlottesville Commonwealth’s Attorney Joseph Platania told NPR that he hopes that Field’s sentence can help with this. “While there is no true closure that this process is able to provide, we are hopeful that today’s sentence is the first step forward for some as they try and begin to heal,” he said.