ANTHONY JOSHUA is the reigning WBF, WBO, IBF and IBO heavyweight world champion… but it appears that he is not one of boxing legend Mike Tyson’s five favourite fighters.

The 53-year-old was heavyweight king during his 1990s pomp.

But Brit hero AJ doesn’t appear to excite him in the way that others do, including compatriot Tyson Fury and former WBC champ Deontay Wilder.

And there was even a mention for pudgy Mexican-American Andy Ruiz Jr, the man that Joshua, 30, defeated in Riyadh back in December, ahead of AJ himself.

Tyson said on his show Hotboxin’: “I respect Tyson Fury, I respect Deontay Wilder, I respect all of those guys.

‘There’s also Gervonta Davis, there’s quite a few guys that are good fighters.”

The “Baddest Man on the Planet” also bemoaned what he sees as the “political” nature of pro boxing in 2020, expressing his eagerness to see the biggest matchups in the sport happen.

‘It [boxing] is very political now. That’s why I think in the next couple months or so you’re going to find that there are some new players in the game and it’s going to get really serious.”

I don’t know. My ego says, ‘nobody would beat you’ – but you look at him and… he just looks beautiful.

Tyson did have praise for Joshua when asked about him last month, however.

“You just wish the best for him.

“I don’t know. My ego says, ‘nobody would beat you’ – but you look at him and… he just looks beautiful.

“He just looks like a fighter, you know? He looks like he was born to do what he has to do. He needs more experience of course, but that will come in life.”

Tyson is readying himself for his own comeback, after revealing that he will return to the ring after 15 years of retirement in the name of charity.

He has wowed fans with his lightning-quick hands in a training video posted to Instagram.

And a number of contenders to face him in a four-round bout have emerged, including Sonny Bill Williams, old foe Evander Holyfield… and even John Fury. 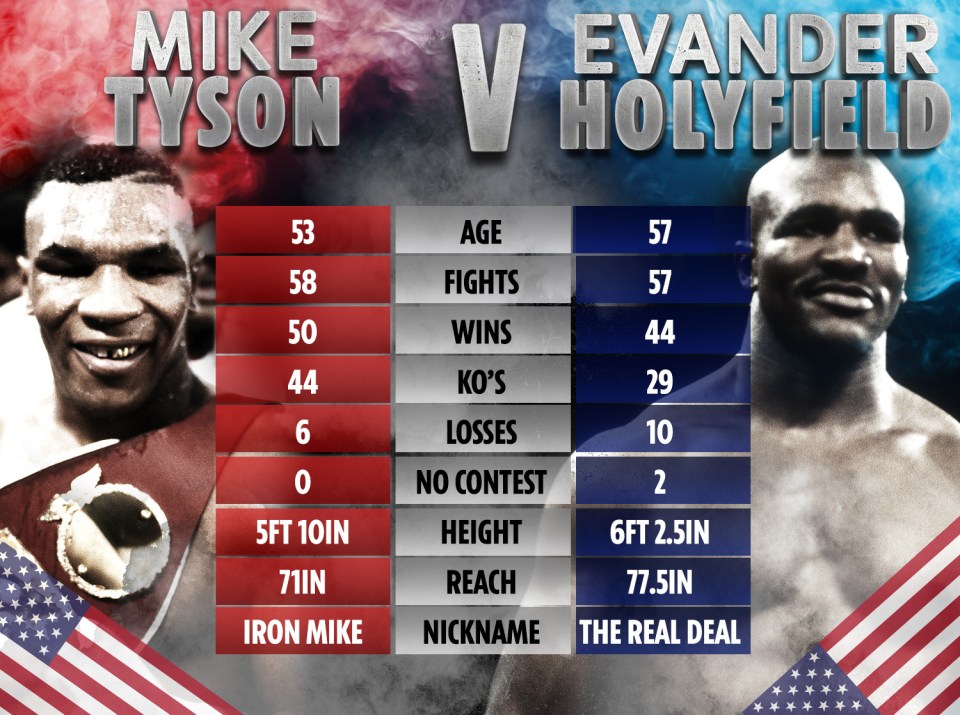