MARK JENNINGS looks the picture of health, a young man with the world at his feet.

The former winger was once tipped to be a rugby great but now knows he is lucky to be alive following one of the most astonishing stories you will ever read.

Jennings’ tale starts in Namibia, takes in the Premiership and international rugby stardom before heading to rehab, a hospital bed, a police cell and, finally, the road to recovery.
The 27-year-old was adopted after being taken into care when his Namibian mother could not look after him.

He arrived in England aged three but was picked on at school from the start.

His adoptive mum, herself now divorced, was constantly working so Jennings lacked a solid family footing to turn to so he started binge eating.

From there it was on to nicking booze from the beer cellar after his mum became a landlady, as he battled to mask his misery.

All the while he was being bullied and he gradually moved on to cannabis then cocaine as he buried his feelings of isolation through addictions.

When a PE teacher at school suggested he try rugby aged 13, he proved such a natural he was playing for England Under-16s — two years above his age group — within 12 months.

So when Sale Sharks made him their youngest-ever signing aged just 16 in 2009 and he moved through the international ranks to England U20s, he was living the dream.

Twice I overdosed to try and kill myself. When I woke up in hospital, I had voices in my head saying ‘You can’t even do that’.”

Or so everyone thought.

In reality it was a nightmare. Jennings revealed: “I had never felt I fitted in, that my real mum had given me up but I always put on this mask and hid it through addictions.”

But surely that chance with Sale was the answer? Far from it.

He said: “I tore my bicep against Italy in the Six Nations and was told I’d be out for up to eight months.

“I just couldn’t cope and when I came back I kept getting niggles because I was mentally weak and living so badly.

“When I was playing I was fine but when I was alone it would become very dark instantly. I was living two totally different lifestyles.”

Not even sharing a home with his girlfriend, or the birth of a baby daughter in 2018 could stop the slide and his abuse of tablets, drink and drugs continued.

Jennings added: “Twice I overdosed to try and kill myself. When I woke up in hospital, I had voices in my head saying ‘You can’t even do that’.”

That is when Restart, the official charity of the Rugby Players Association, stepped in and sent him to see a psychiatrist, who got him into a renowned rehab unit in Cape Town.

Jennings said: “I missed my daughter’s first Christmas in 2018 as I was so wrapped up in my own world. And I didn’t really buy into the rehab. I was just ‘Yes’ to everything to get through.”

But he quit, rented a room, and returned to the drink and drugs, ignoring pleas from people trying to get him back to England.

Then Jennings made the decision to return home — but while on one final binge, two “pals” robbed his money and clothes from his room.

All he had was an iPad, his passport and a will to self-destruct.

Jennings snorted anything he could — including a line of washing powder, which gave him a seizure.

His neighbour found him and called an ambulance but, when Jennings woke up, he forced his way out and stumbled back to his room.

He grabbed his passport but had to give his iPad as payment to the one taxi driver who would take him to the airport. It was to be no happy return.

Even though his girlfriend had remained loyal, he was back on the drugs and booze within hours.

And when his birth mother, who he had tracked down on Facebook, broke the news that his father was a man who had raped her in a Namibian squat, Jennings totally flipped.

He downed two bottles of gin, smashed up his flat and the police were called.

By now psychotic, he attacked them and woke up in the cells with no idea why but somehow escaped a prison sentence and ended up with two-years’ probation and community service.

He added: “My girlfriend rightly moved out after that and for 12 months I sat on my a**e doing drugs. I put on three stone and was just really angry with the world.

“I’d been paid out by Sale but that had dried up. I had no money for rent and was going to be homeless.”

But out of the blue salvation arrived, in the shape of old Sharks team-mate Jonny Kennedy who had read about Jennings’ plight when his court case made the papers.

Jonny and his dad, Brian, the former Sale owner who had taken Jennings to the club, suggested he go to local side Wilmslow, where they were involved.

Jennings admitted: “I was sold by the idea there was a few quid in it but it was a heck of a gamble for them and the club to take.

“Then Danny, another of Brian’s sons, heard I was going to be made homeless and Brian put me up in a hotel he owned.”

Jonny had also formed a brain health company with his dad called Neubria and they offered Jennings a job.

They also took him into their house last Christmas — his worst time of the year — and he finally found the self-discipline and determination to get clean.

Jennings has not touched drink or drugs for nearly six months, enjoys a relationship with his daughter and is pals with his ex. 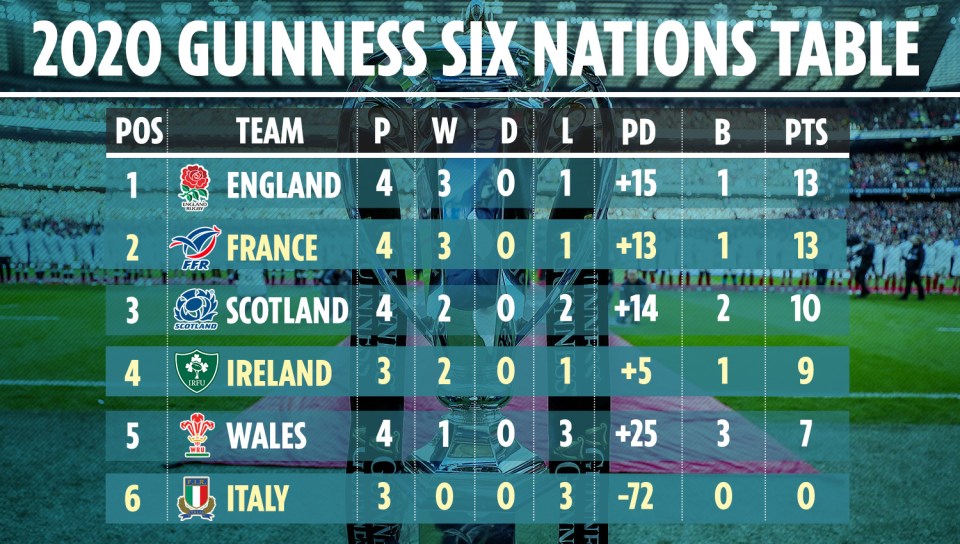 
Can England, France or Ireland win the Six Nations next weekend?


How many substitutes can the teams use in Six Nations matches? 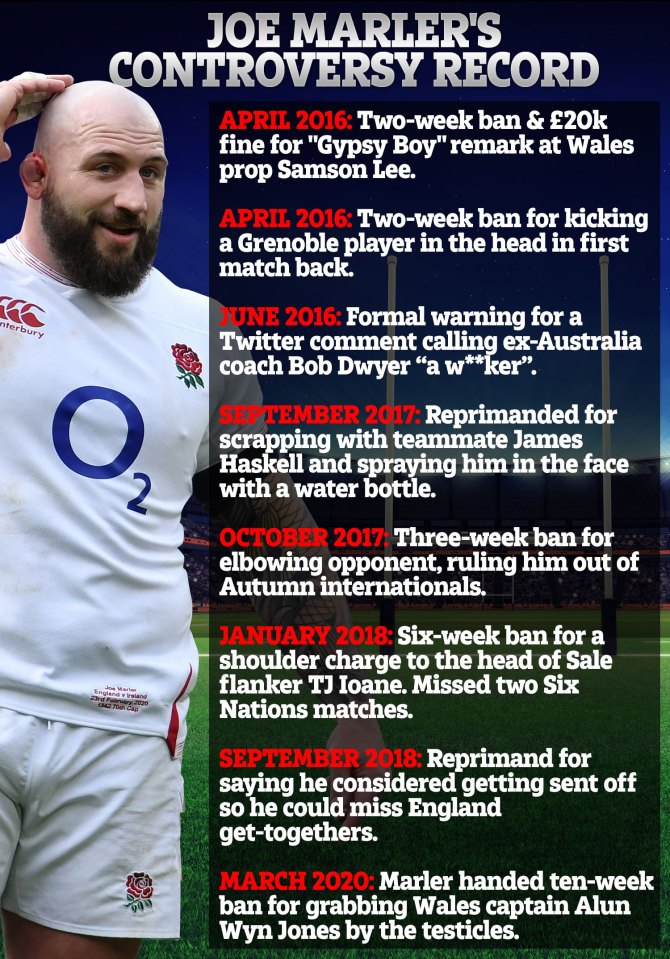 He added: “I know Brian and Jonny took a hell of a risk and have been my family really.

“I have some really good people around me who want me to do well.

“I didn’t know who I was for 27 years and still have dark days but now I have the ammunition to know how to conquer things.”

Jennings is running 100km on a treadmill over 12 hours in aid of the RPA’s Restart Charity. To donate, go to justgiving.com/fundraising/mjs100km