JADON SANCHO has got Liverpool fans talking by responding to Trent Alexander-Arnold’s Instagram Live with a cryptic message.

The 20-year-old was a keen viewer as England team-mate Alexander-Arnold gushed about his skills while chatting with Michael Dapaah.

The Reds full-back said: “If he came to us, he’d make our team better.

At this point, Sancho himself commented on the video, teasing fans with four “side-eye” emojis.

And it’s not the first time that the winger has been linked with moves via social media.

While Liverpool are thought to have held an interest long-term, it is Manchester United believed to be in the driving seat for his signature.

And their No10 Marcus Rashford has similarly gushed over Sancho online.

It’s definitely exciting to watch the player he’s becoming – hopefully we can all play together. That would be good.

He recently said on an Instagram Live with Bleacher Report: “It would be good [if Jadon Sancho joined United]. Sancho is a great player.

“He’s like the new generation player. It’s definitely exciting to watch the player he’s becoming – hopefully we can all play together. That would be good.

“He plays off the cuff, he’s creative, he’s imaginative and I think they’re the thing in this generation that you need.”

Sancho teased Man United fans on yet another Insta Live session, when one commenter told him to sip from his water bottle if he was joining the Red Devils.

After a moment’s deliberation, he took a pronounced sip, sending some United fans on the stream into frenzied excitement. 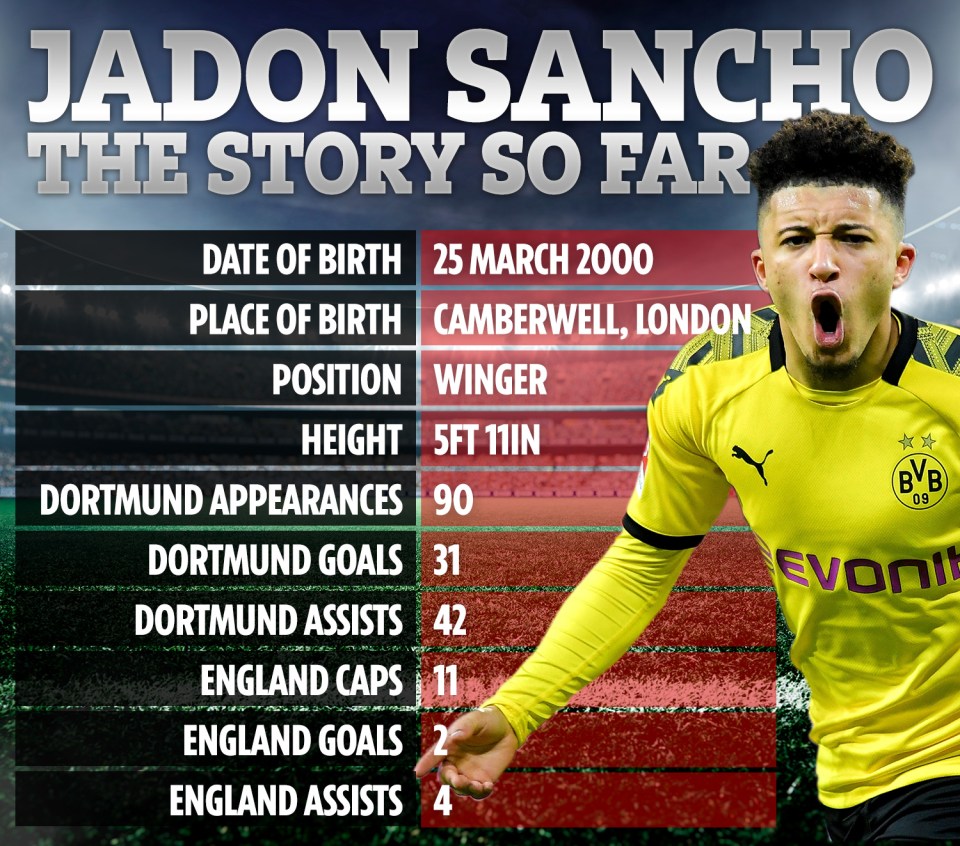 The Red Devils believe that they have virtually secured personal terms with their primary target, with Dortmund resigned to losing their No7 if United stump up north of £100million.

Sancho will be offered the same number at Old Trafford, previously worn by the likes of Eric Cantona, Cristiano Ronaldo and George Best among other greats.

There have also been links with Chelsea, with Callum Hudson-Odoi and Tammy Abraham having flirted with the idea of being joined at Stamford Bridge by the former Manchester City academy starlet.

Hudson-Odoi, also in conversation with Dapaah, said last week: “Me and Sancho are mad close, we talk every other day, always seeing how each other are and how we’re doing.

“We make sure that we’re both doing well, obviously he’s doing amazing and having a great season.


Inside footballers’ amazing gardens with their own pitches, swings & goals

ANGEL OF THE SOUTH

While Tammy Abraham last month jokingly told Rashford to “stay away from my Jadon.”

Spanish giants Real Madrid and Barcelona have also reportedly entered the race, with Bild claiming that the latter will offer 17-year-old starlet Ansu Fati in part-exchange.