CHRIS WILDER has told Manchester United it would be ‘morally’ wrong for them to recall Dean Henderson.

But the Sheffield United manager will respect the decision of any of his players to pull out of Project Restart on coronavirus health grounds if the Premier League resumes on June 12.

Highly rated goalkeeper Henderson, 23, is on a season-long loan from Man Utd but his Blades deal expires at the end of next month.

Wilder said: “It’d be morally correct to leave him playing at Sheffield United for the last ten games of the season.

“Although we all know that because of the legalities and the situation regarding expiry of loans, United might take that decision.

“But we’re not a threat to Man U so I’m sure they’ll be quite happy with the players that they’ve got to see them through the season. The Ford Fiesta ain’t going to get past the Ferrari!” 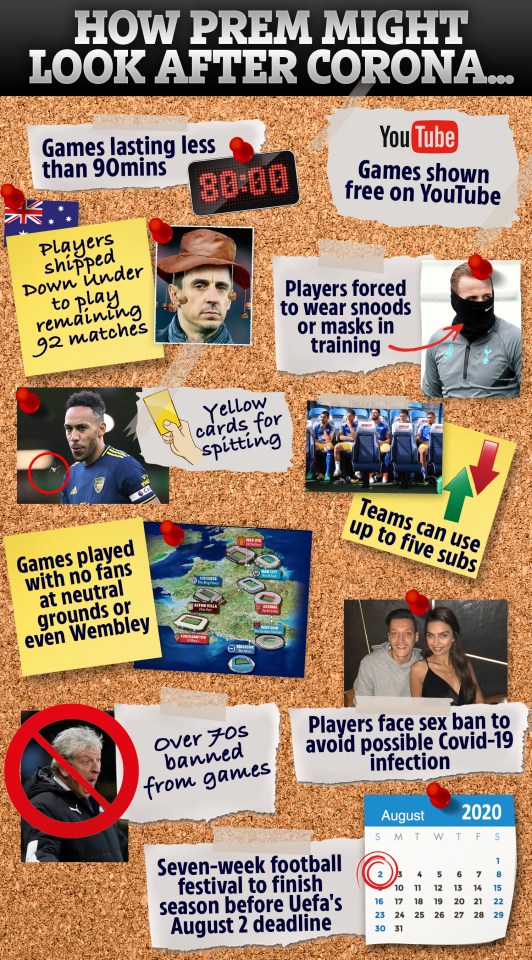 The Blades are in seventh spot, just two points behind fifth-placed United in the race for a possible Champions League spot with Manchester City expected to face a European ban.

Wilder’s side are the TENTH club to let their stars duck out of the season restart if they have  medical fears.

SunSport exclusively told you  yesterday  nine Prem teams already held that stance but the Bramall Lane outfit have added their name to the list.

Wilder said: “If any individual player took that decision and came to me and said, ‘It’s not for me’,  I would respect that and we would move on.

“That’s his personal decision. The majority of players have got their own minds. They are working-class boys, we are quite intelligent and quite bright even though we get a reputation of not quite being that.”

PFA deputy-chairman Bobby Barnes has also told SunSport there are a number of players who have informed the union they do not want to resume the season next month.

The next Prem meeting is Monday but Barnes is hopeful key decision makers will put health and safety first.

Barnes said: “It would be fair to say some players have expressed concerns relating to pregnant partners, young families and elderly relatives. Each concern is valid and it is right that players should feel able to express their views.

“The position at the moment is that the Premier League and EFL have affirmed their commitment to player safety. Once the return to play protocol is finalised, players will then have an opportunity to ask questions and raise their concerns.”

Wilder is adamant the season should be completed if possible.

He added: “One  disappointing thing is that people have taken a line on their position in the division. I think we’ve got to look at the bigger picture.

“I think we finish the season, however long it takes. The Premier League has shown enormous enthusiasm — like my exec  and not just because we’re in the position that we are.

“I’ve had experience of working in all levels of football.

“I  understand the implications if the Premier League didn’t restart — the effect that would have down the pyramid as well. We’ve got to look after all aspects of football.”