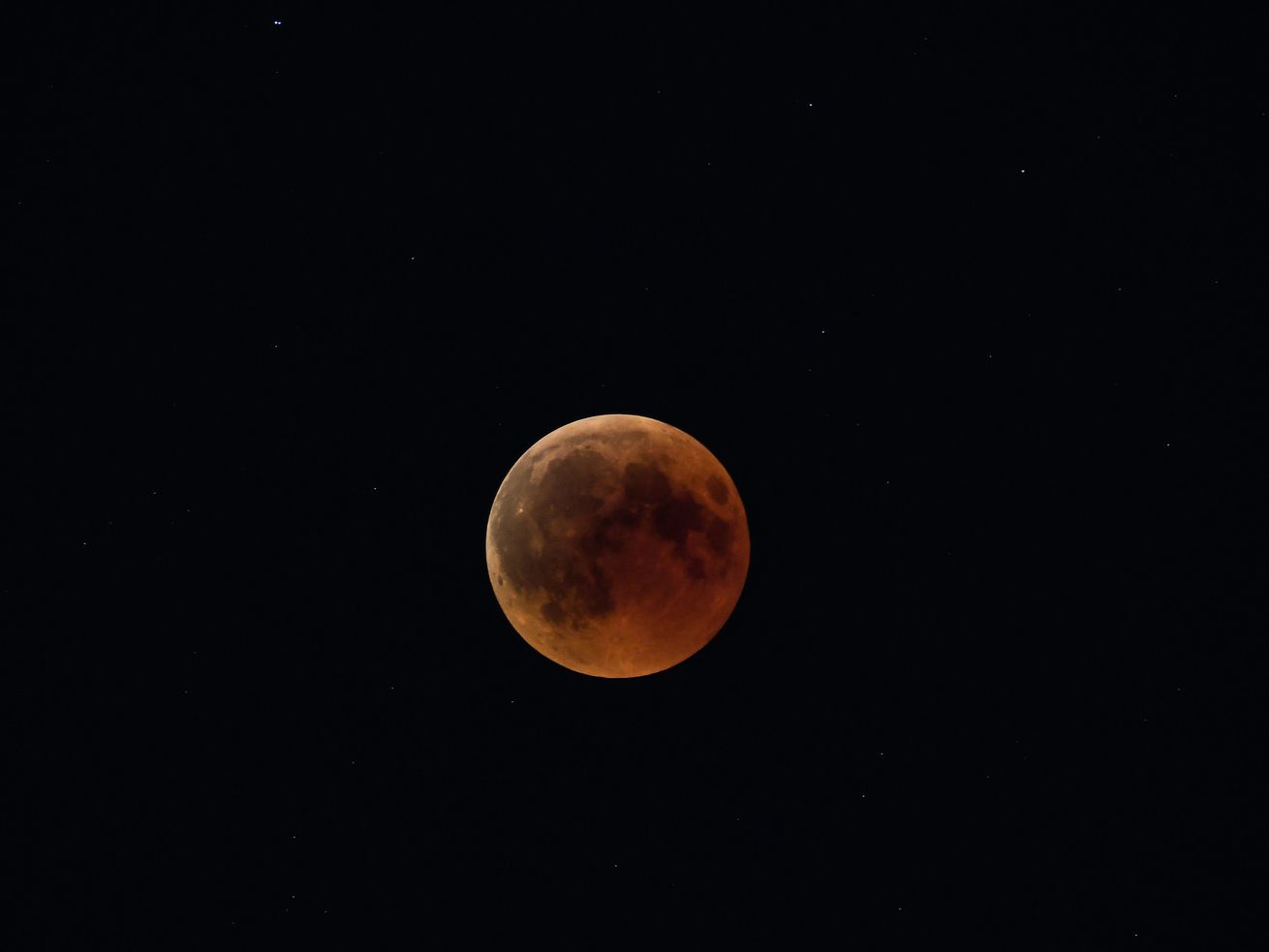 It’s the last total lunar eclipse until 2021. Don’t miss it!

In the night between January 20 and 21, the moon will pass into the shadow cast by Earth. Anyone in North and South America — as well as portions of Northern Europe and the northwest coast of Africa — will be able to see the full eclipse, which will entirely cover the moon for an hour and two minutes.

What’s more, the moon will be near its closest approach to Earth, making it a “supermoon,” meaning it will appear very slightly larger in the sky. It will also be the last total lunar eclipse until May 2021. So check it out!

Why do we have lunar eclipses?

The simple answer is “because the moon sometimes passes through the shadow of Earth.” But there’s more to it than that.

For one, it has to happen during a full moon. When the moon is full, it means the sun, Earth, and moon are in alignment, like so:

Now, you might be thinking: “Why don’t we have lunar eclipses every full moon?”

No one is completely sure why, but it might have to do with how the moon was likely formed: from a massive object smashing into Earth.

This means during most full moons, the shadow misses the moon, as you can see in the diagram above.

There are two points in the moon’s orbit where the shadow can fall on Earth. These are called nodes.

For a total eclipse to occur, the moon needs to be at or very close to one of the nodes.

When the sun, Earth, and moon are aligned at a node, voilà! The moon falls into the path of Earth’s shadow.

There are usually two or three lunar eclipses in a given year, and everyone lucky enough to be on the night side of Earth during a lunar eclipse has a chance to witness it.

You don’t need any special equipment or protective glasses to view it (unlike with a total solar eclipse). But a pair of binoculars will give you a better, more detailed view of the moon’s geography as it darkens in shadow.

The moon’s orbit around Earth is not a perfect circle. It’s an ellipse, a saucer shape that’s longer than it is wide. As the moon follows this orbit, it’s sometimes closer to Earth and sometimes farther away. At perigee, the closest spot in its orbit to Earth, it’s around 31,068 miles closer to Earth than at apogee, when it’s farthest away.

Meanwhile, we see different phases of the moon — full, crescent, waxing, and waning gibbous — depending on if the sun-facing side of the moon is facing the Earth.

A supermoon is when these two cycles match up and we have a full moon that’s near its perigee. The result is that the full “super” moon appears slightly larger and slightly brighter in the sky. This occurs about one in every 14 full moons, Jim Lattis, an astronomer at the University of Wisconsin Madison, notes.

The supermoon doesn’t have any astronomical significance other than making for a slightly larger target for backyard astronomers to look at.

Why does the moon turn red during a lunar eclipse?

During a total solar eclipse — like the one North America saw last summer — the entire brighter-than-bright disc of the sun turns black, revealing the sun’s atmosphere.

What happens during a total lunar eclipse is a bit less dramatic, but beautiful nonetheless.

When sunlight passes through the atmosphere, the gases therein trap and scatter the blue light in the spectrum. (This is why the sky appears blue.) The red, orange, and yellow wavelengths pass through into Earth’s shadow and get projected onto the moon.

Basically, as Vox’s Joss Fong has explained, a total lunar eclipse is like projecting all the sunsets and sunrises onto the moon.