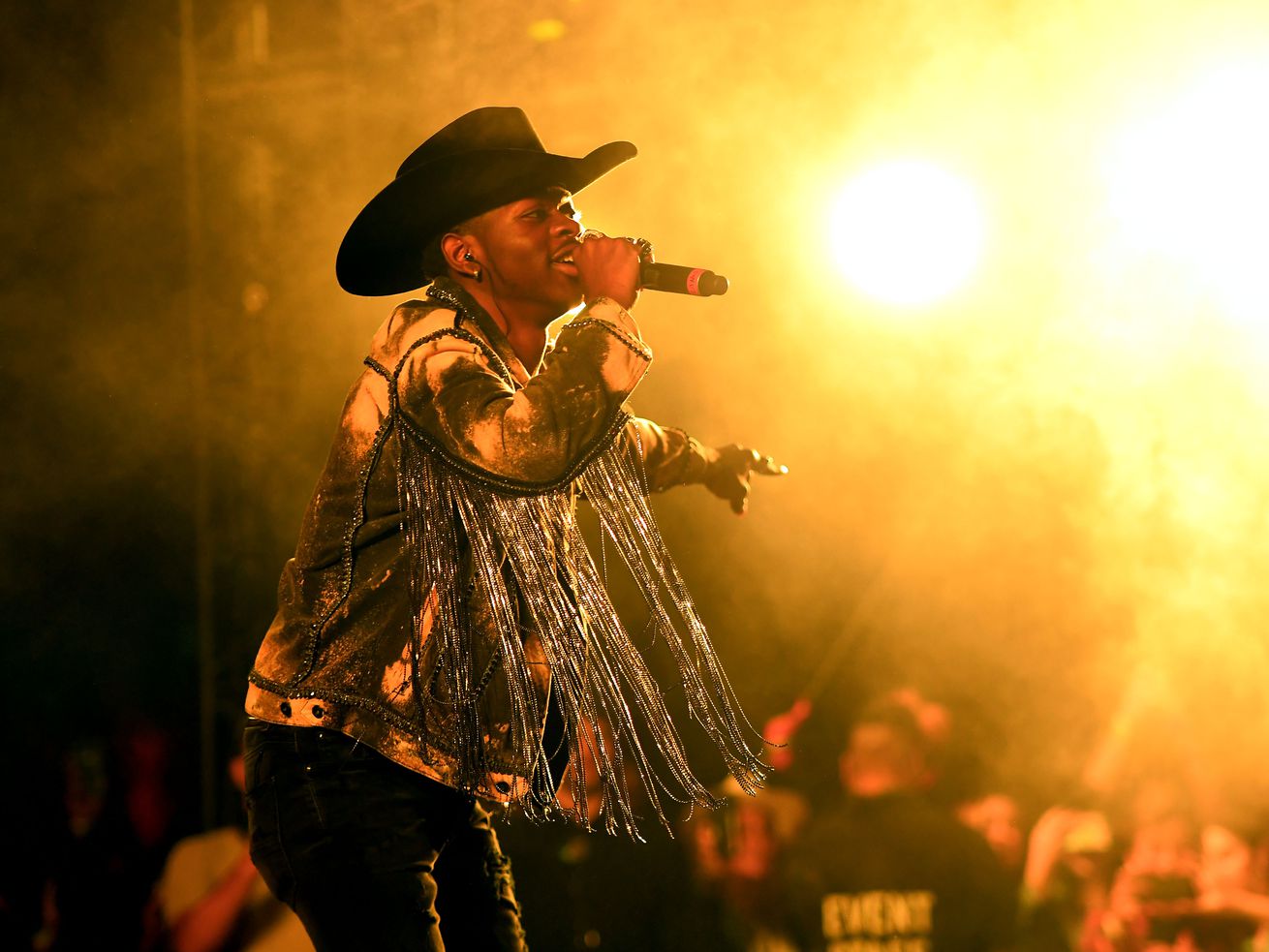 The chart-topping viral star’s record absolutely slaps — and deconstructs music genres as we know them.

What Lil Nas X does best is defy categorization. The 20-year-old rapper has reigned supreme on the Billboard charts for nearly three months straight with the single that rocketed him to national prominence, the “country trap” hit “Old Town Road.” But while that song was ironically bolstered by whining country fans who decried his blend of Soundcloud rap with contemporary twang as an insult to the country music genre, Lil Nas X’s first big release since “Old Town Road” has different influences. Titled 7 EP, it dropped on June 21, and it pulls less from country pop and more from post-grunge and radio-friendly rock — to charismatic, thoroughly modern effect.

7 EP is more or less named for its number of tracks; there are six new songs here, sandwiched between “Old Town Road” and its Billy Ray Cyrus–featuring remix. Among these is “F9mily (You & Me),” which comes with certified pop-punk credit: Blink-182 drummer Travis Barker provides the song’s driving percussion beat, and combined with the handclaps strewn throughout, it’s the song that’s perhaps the most primed for Gen Z-friendly radio.

There’s also “Rodeo,” where Lil Nas X contrasts his country-inflected vocals with a verse from Cardi B (“I thought you would stay with me,” he sings; “Rather see you in a hearse than see you with some other bitch,” she raps); and “Bring U Down,” the album’s most straightforward, deliberate combo of a hip-hop/rock sound. Ryan Tedder of OneRepublic lends his production talents to the latter track, another sign of Lil Nas X’s diverse musical taste.

But it’s “Panini” that best exemplifies what makes Lil Nas X so fascinating as an artist in 2019. First off, the song is not about a grilled sandwich, but rather a character from the Cartoon Network series Chowder. The show was about childlike animal hybrids that mostly just cooked and ate; its series finale aired in 2010, when Lil Nas X was 11 years old, which will surely make older listeners consider their mortality. (I’m just five years older than Lil Nas X, but the Chowder reference sent me into an existential spiral.)

Lil Nas X uses this old Cartoon Network series as a muse, singing about how the character of Panini — who happens to be a pink bunny — is being “a meanie” to him, despite their mutual affection for each other. That sentiment will strike a chord with today’s teenagers, while ’90s kids will remember the song that the chorus of “Panini” interpolates (albeit reportedly unintentionally). Nirvana’s classic “In Bloom,” from the band’s blockbuster 1991 record Nevermind, provides the melody for much of “Panini,” to striking effect. Lil Nas X told Apple Music’s Zane Lowe that he had never heard the song before a producer pointed out the similarity. In fact, he said he’d never heard any Nirvana songs before. (We’re all inching closer to death with every revolution of the sun.)

Kurt Cobain’s surprise songwriting credit on “Panini” is but a small distraction, however. The song deftly encapsulates Lil Nas X’s Soundcloud origins, his fondness for downbeat instrumentation, and his ability to produce bops of all kinds. Yeah, “Panini” is a love song about a flirty pink bunny from a mid-aughts cartoon. Yeah, it might also make you think about how good “In Bloom” is, to the point where you decide to listen to Nevermind instead. But it’s also a certifiable jam, and one I can’t imagine existing before now, June 2019.

Some critics have already dismissed Lil Nas X as a one-hit wonder on the basis of 7 EP. Pitchfork, for example, called it “a set of nothingness, like watching a Kylie Jenner vlog, content made for the sake of justifying its existence.” But those takes seem to misunderstand Lil Nas X’s appeal, at least to an audience of a certain age: We are now in the hands of the Kylie Jenner vlog-watching generation, and like all cultural shifts, that may leave some of us scratching our heads. But to the teens of 2019, 7 EP reflects the cultural moment, and Gen Z’s ongoing and inspiring deconstruction of music genres as we know them. And for that, I can’t help but keep loving Lil Nas X.