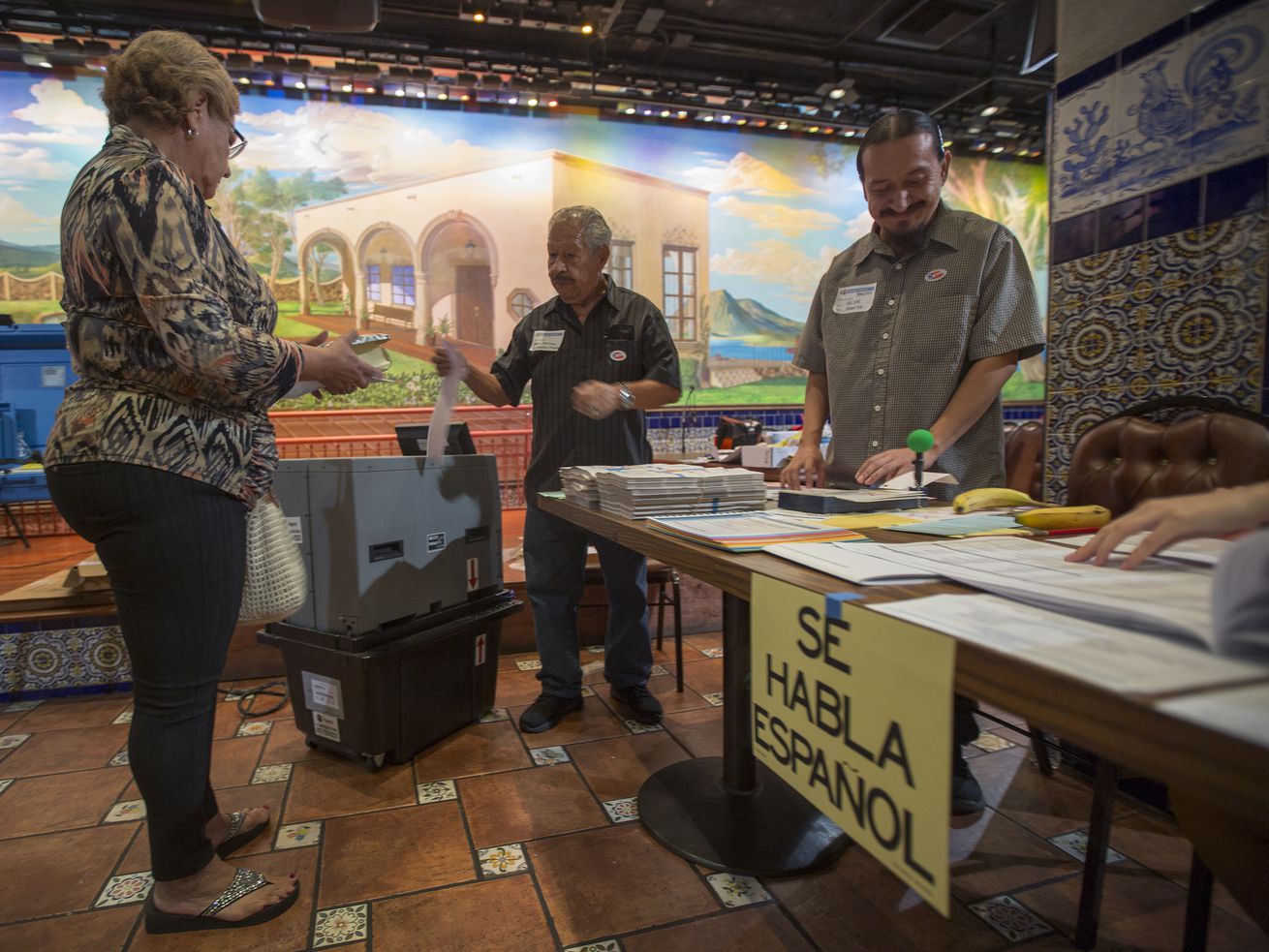 Latinos in the United States — who make up the country’s largest minority group — see their life becoming harder under President Donald Trump.

According to a Pew report released Thursday, a majority of Latinos fear either they or someone they know could be deported. Half of Latinos say their situation has worsened over the past year — up from 32 percent in the weeks after the 2016 election. The last time Latinos felt this disaffected was during the recession in 2008.

Trump’s presidential campaign referred to Mexican immigrants as “drug dealers, criminals, rapists.” He called Judge Gonzalo Curiel — a Latino US-born jurist who was overseeing the Trump University lawsuit — a Mexican and claimed he could not be fair because of his Mexican heritage.

In office, he’s tried to end the Obama-era program the protects from deportation roughly 680,000 young undocumented immigrants brought to the United States as children, known as the Deferred Action for Childhood Arrivals program (DACA); his administration has separated undocumented children, some infants, from their families at the southern border and it has drastically reducing the kinds of asylum cases the United States will accept.

The Trump administration has also directed immigration enforcement agents to target anyone in the country illegally for deportation — not just individuals who have committed serious crimes.

The rhetoric and policies have created a sense of dread among Hispanics in the United States. And in an election year where about 29 million Latinos are eligible to vote, there’s a heightened focus on how — or if — Latino voters will act.

Latinos are feeling worse off under Trump

Trump’s divisive rhetoric on immigration, mostly targeted at Central American migrants and Middle Easterners, has only escalated as he joins Republicans on the campaign trail.

Trump stoked racial fears about largely Hispanic migrants this week, tweeting, without evidence, that a caravan of thousands of migrant moving toward the US-Mexico border, contained “criminals and unknown Middle Easterners” and encouraging his base to “remember the midterms” every time they see the caravan. He has continually emphasized his harsh immigration proposals.

Latinos in the United States are noticing.

There’s also economic anxiety. The Hispanic unemployment rate has consistently been falling since it reached its peak during the recession in 2009 — something Trump has taken credit for.

But while Trump credits himself for economically serving Hispanic Americans, there’s been a significant drop in economic confidence among Latinos under his presidency. Currently only 54 percent of Latinos say their children will be financially better off than them, compared to 72 percent in 2015.

On top of that, fewer Latinos say they feel confident in their economic standing today than they did in 2015. Only a third rate their situation as “excellent or good”, compared to 40 percent who said the same three years ago.

It’s clear Trump is having an effect.

Trump-outrage isn’t enough to drive Latinos to the polls

Latinos are a group that overall leans toward Democrats; 23 percent of Latinos identify as Republican or lean-Republicans. Within that group of Republican Latinos, 59 percent approve of Trump’s job performance.

These numbers show clearly why growing Latino communities give Democrats hope of gaining power in traditionally conservative pockets of the country.

That could change this year: About 60 percent of Latino voters, both Republican and Democrat, say they are more enthusiastic about this year’s elections than in past midterms, the Pew report said.

But experts warn that lawmakers can’t simply rely on distaste for Trump to push Latinos to the polls.

“If Democrats assume that they can expect higher voter turnout based on feelings of political threat or angst without investing in voter mobilization, this will likely lead to disappointing electoral participation,” Ricardo Ramirez, a Notre Dame political science professor, told Vox’s Zhou.