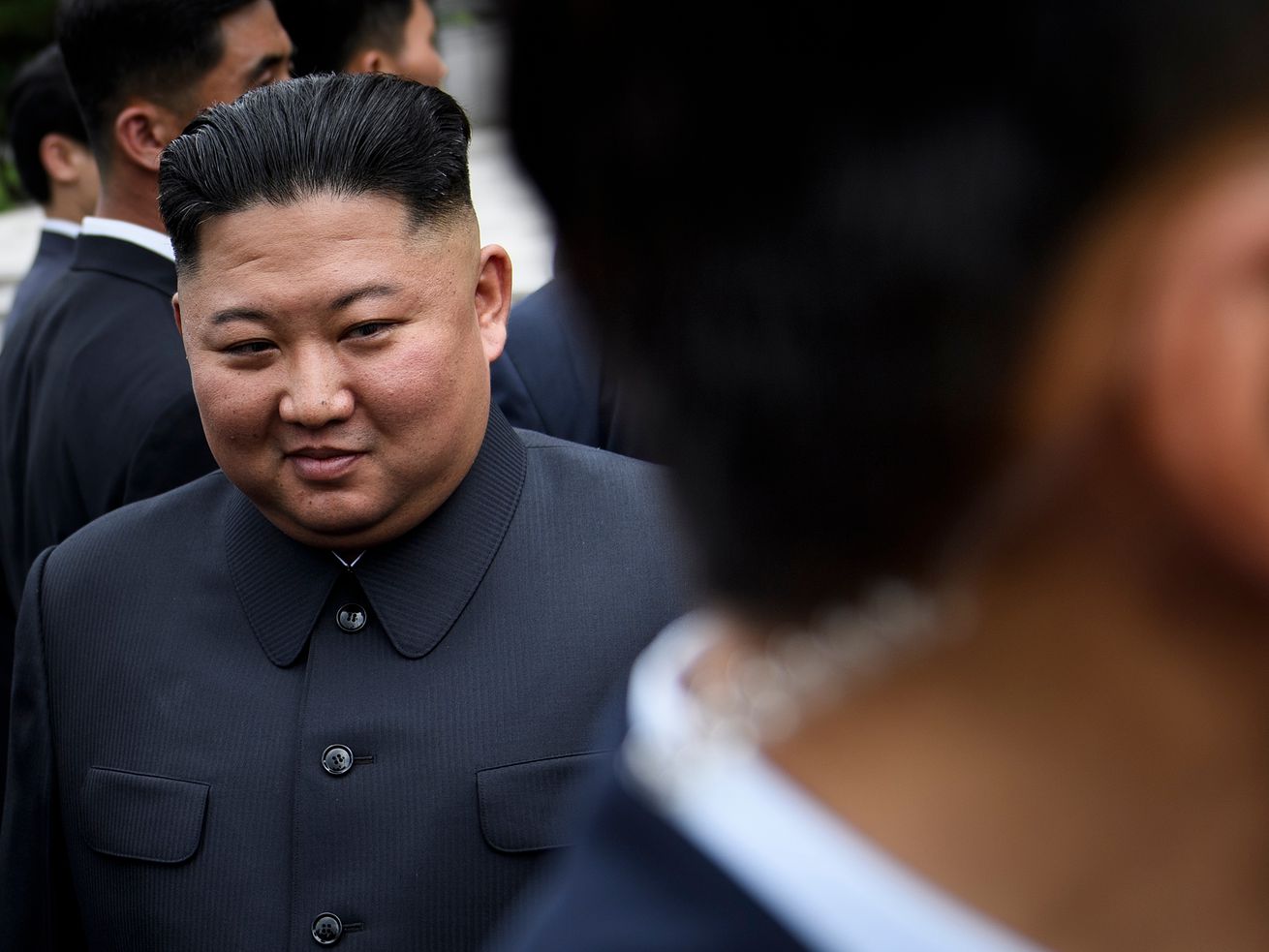 Why Kim was absent for three weeks is still a mystery.

In fact, he’s, uh, at a fertilizer factory.

For the last 21 days, the world has been wondering where Kim Jong Un is and if he’s even alive. Kim hadn’t been seen publicly since April 11. He missed a really important national holiday on April 15 honoring his grandfather, the country’s founder. State-run media didn’t publish any photos of a recent weapons test, which typically show the leader watching in approval. And official statements from the country have curiously lacked any direct comments from Kim himself.

All of that led to rampant media speculation that the 36-year-old Kim was recovering from major surgery, or gravely ill, or dead, and a flurry of activity by United States intelligence to figure out what, if anything, is really going on.

But it turns out he’s alive. On Friday, North Korean state radio reported that the Dear Respected Supreme Leader had participated in a ribbon-cutting ceremony for the opening of a new fertilizer plant. About two hours later, the first photos of Kim started to surface.

JUST IN: Photos of Kim Jong Un opening a fertilizer factory in Sunchon on May 1, according to KCNA. pic.twitter.com/jaLjjFk55K

So, mystery solved — well, sort of. We still have no idea where he’s been for the last 21 days.

And it’s entirely likely we won’t ever know the answer to that second mystery.

KCNA announcement on the Sunchon plant opening: the “production base of Juche fertilizer”. pic.twitter.com/aDhJz7TG8i

Kim has disappeared before — and we still don’t know why

As North Korea expert Rachel Minyoung Lee wrote for the New York Times on Friday, “This year alone, Mr. Kim disappeared for 21 days between Jan. 26 and Feb. 16, and for 19 days between March 22 and April 10.”

And in 2014, Kim wasn’t seen in public for five weeks, during which he missed a major holiday commemorating the founding of the ruling party. At the time, speculation about why he was absent ranged from him nursing a hangover, suffering from gout, or having been overthrown in a coup.

When he finally reemerged, there was no confirmed explanation of where he’d been. And, even more mysterious, he showed up walking with a cane — leading to speculation he’d been recovering from some sort of health issue.

Kim is believed to be in poor health: He’s a chain smoker, he’s obese, and he may suffer from gout. During this latest disappearance, there were unconfirmed reports that he’d undergone heart surgery and was recuperating — and perhaps that he was gravely ill due to complications from the surgery.

But it’s going to be near impossible to confirm that information, as Kim’s health is one of the most jealously guarded secrets in the country. Instead, Kim almost surely wants to change the subject, and showing up at a fertilizer plant as if nothing happened is one way to do just that.

So maybe Kim was sick, or maybe he was just enjoying a little vacation at his oceanside resort. Whatever the reason, he’s back now.