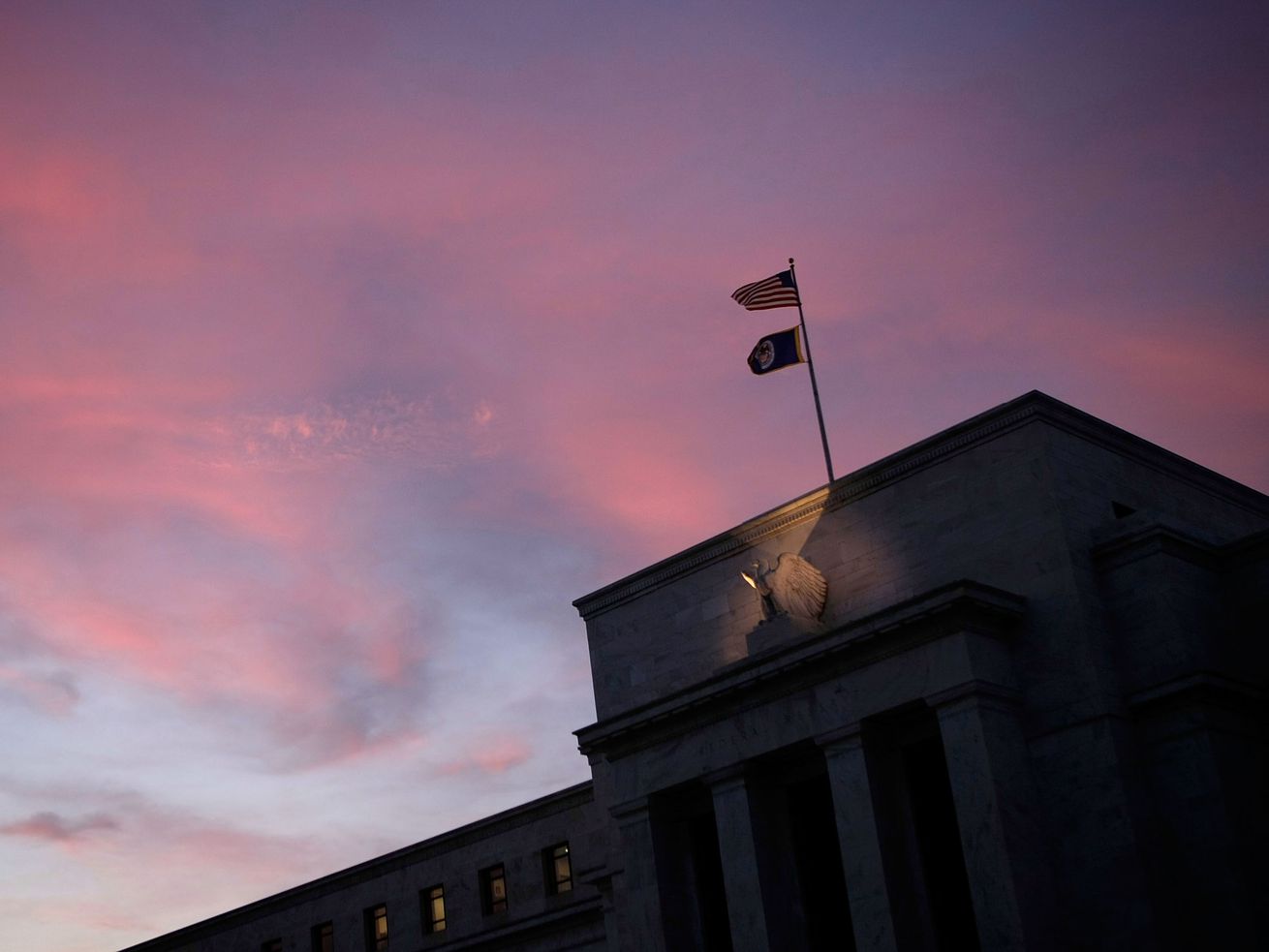 The Trump administration is looking to take another stab at filling the two outstanding vacancies on the Federal Reserve Board of Governors, this time by vetting Judy Shelton, a low-profile Fed economist who championed a return to the gold standard a few years ago but now supports President Trump’s favored policies of the moment.

Trump’s two previous picks, Herman Cain and Stephen Moore, failed in the Senate due to weak qualifications and various hints of scandal.

Whether Shelton will succeed where Cain and Moore failed is unclear, but she does present the same ongoing problem that’s bedeviled Trump: He wants to keep interest rates low so that the economy cruises and helps him win reelection in 2020. He certainly could find a well-qualified person with a reputation for integrity who holds this principled view on interest rates, but he doesn’t seem to want well-qualified, principled people. Instead, he seems to want loyalists who will support whatever it is he happens to say or want at the moment. And Shelton — who spent the Obama years railing against the Federal Reserve’s efforts at economic stimulus and now suddenly says she favors low interest rates to stimulate the economy — very much seems to be cut from that cloth.

Modern central banking, meanwhile, is built on a foundation of independence from the day-to-day political needs of elected officials. That tradition has held up in the Trump years, but arguably more due to Trump’s sloppiness than to anything else. And with Shelton, it continues to be under severe pressure.

The modern Federal Reserve is independent

The modern Fed’s independence is an outgrowth of the wild inflation of the 1970s spurred by Richard Nixon’s meddling.

Nixon appointed Arthur Burns to run the Fed during his first term and then sought to control Fed policy through both overt and sleazy means. Nixon’s basic goal was to keep the economy hot through his 1972 reelection campaign, even if that meant running some risk of inflation. Inflation, of course, became a major problem in the mid-1970s. As inflation came back under control in the early 1980s, the conventional wisdom became that central bank independence was key to avoiding it.

There’s a theory that an incumbent president will always want to err in the direction of a little less unemployment now even if it means a little more inflation. And while on any given day that may be a reasonable trade-off, over the long run, it inevitably means a lot of inflation. And, as the theory goes, in the end, this won’t even get you sustainable low unemployment — just the dreaded “stagflation” of the late 1970s.

During the 1980s and ’90s, this evolved into a norm of Fed independence that had grown so strong that Obama administration economic policy officials would routinely decline to comment at all on monetary policy, whether on or off the record.

Still, at the end of the day, the Fed chair and the other members of the board are presidential appointees. Trump is not exactly a huge respecter of norms or a big believer in independence. He wants a Fed that will do what he wants.

Trump’s monetary policy takes have been all over the map

Trump, like other Republicans, spent the Obama years complaining that the federal deficit was too high even as standard economic models argued that large deficits could help ameliorate a major recession. Since taking office, Trump and congressional Republicans have worked relentlessly to push deficits higher even as the unemployment situation has improved.

A similar turnabout has happened more quietly on the monetary policy front.

Conservative think tanks spent the Obama years warning darkly that monetary stimulus was “debasing the dollar.” Paul Ryan called on the country to abandon discretionary monetary policy altogether and move to a “commodity-based currency” that would serve as a kind of updated version of the gold standard. And Trump himself argued that the strong stock market performance under Obama was a kind of unreal bubble induced by low interest rates.

Since Trump took office, mainstream conservatives have been quiet on this front. And Trump has made it clear — over and over again — that he wants and expects low interest rates to support his reelection bid. At the beginning of April, he laid out a plan to gain control of the Fed by appointing Cain and Moore to two vacancies on the Fed board.

Cain was a plainly unqualified pick with little relevant experience and a scandal-plagued past. So on April 22, he took himself out of the running, citing the idea that he could earn more money — and skip the “cumbersome” vetting process — by avoiding government service. That left Moore, whose nomination collapsed after the revelation of a long series of misogynistic writings offered a plausible pretext for Senate Republicans to spike him.

So now we get Shelton, the American director of the European Bank for Reconstruction and Development, who served as an adviser to the Ben Carson campaign in 2016 before hopping on the Trump train. Shelton is the author of a 2009 book, Money Meltdown, which warned that the global monetary system was dangerously inflationary and urged the world to convene a new international conference to return to the gold standard and restore “sound money.” In reality, inflation has been persistently low since 2009 in the United States, Europe, Japan, and several smaller developed countries. During a 2016 interview, however, she criticized Ben Bernanke and Janet Yellen for keeping interest rates too low for too long, saying, “I would have gotten back to normalization of interest rates much more quickly.”

Yet now in 2019, Shelton mysteriously tells the New York Times that she thinks interest rates are too high and would support cutting them back to the near-zero levels that she denounced as too stimulative back when the unemployment rate was much higher.

Perhaps most tellingly, when the Financial Times interviewed her for a May 31 article about her monetary policy views, she chose to conduct the interview at the Trump Hotel in Washington, DC. She also suggested that Mar-a-Lago might be an ideal place to host her proposed international conference on the gold standard. She’s saying, in other words, that she’s a Trump loyalist beyond all else. And while on one level she should be more confirmable than Moore or Cain, having already received Senate confirmation for her current lower-profile job, she poses all the same risks of politicization and lost independence as the other two.

The Fed has pursued a fundamentally similar policy trajectory across three administrations under the leadership of Ben Bernanke, Janet Yellen, and now Jerome Powell. This trajectory has been moderately stimulative but fundamentally very worried about preserving the Fed’s “credibility” on inflation and unwilling to do anything that could run even a small risk of inflation peeking up above 2 percent for a year or two.

There is, however, a group of people who have been consistently calling for more stimulative monetary policy this whole time. That was my view before Vox existed, Tim Lee espoused it for Vox during the final month of Obama’s administration, and I kept saying it once Trump took over. The case for monetary stimulus has been slowly but surely getting weaker from month to month as the economy continues to grow, but it continues to be fundamentally sound.

Despite the low unemployment rate, the share of people between the ages of 25 and 54 who have a job remains much lower than it was in 1999. And that’s true even though today’s workers are better educated and have fewer children than workers had 20 years ago. It’s not certain that we could push the employment-population ratio up as high as it was back then without sparking inflation — but given how quiescent inflation is at the moment, it’s worth giving it a try.

I’m not an economist or a Republican, so Trump probably wouldn’t want to put me on the Federal Reserve board. But the smart, sensible thing for Trump to do is find some Republican economists with a solid track record of favoring monetary stimulus on the merits — people like Karl Smith of Bloomberg — rather than try to jam a hack onto the board. But doing smart, sensible things is not really Trump’s style.