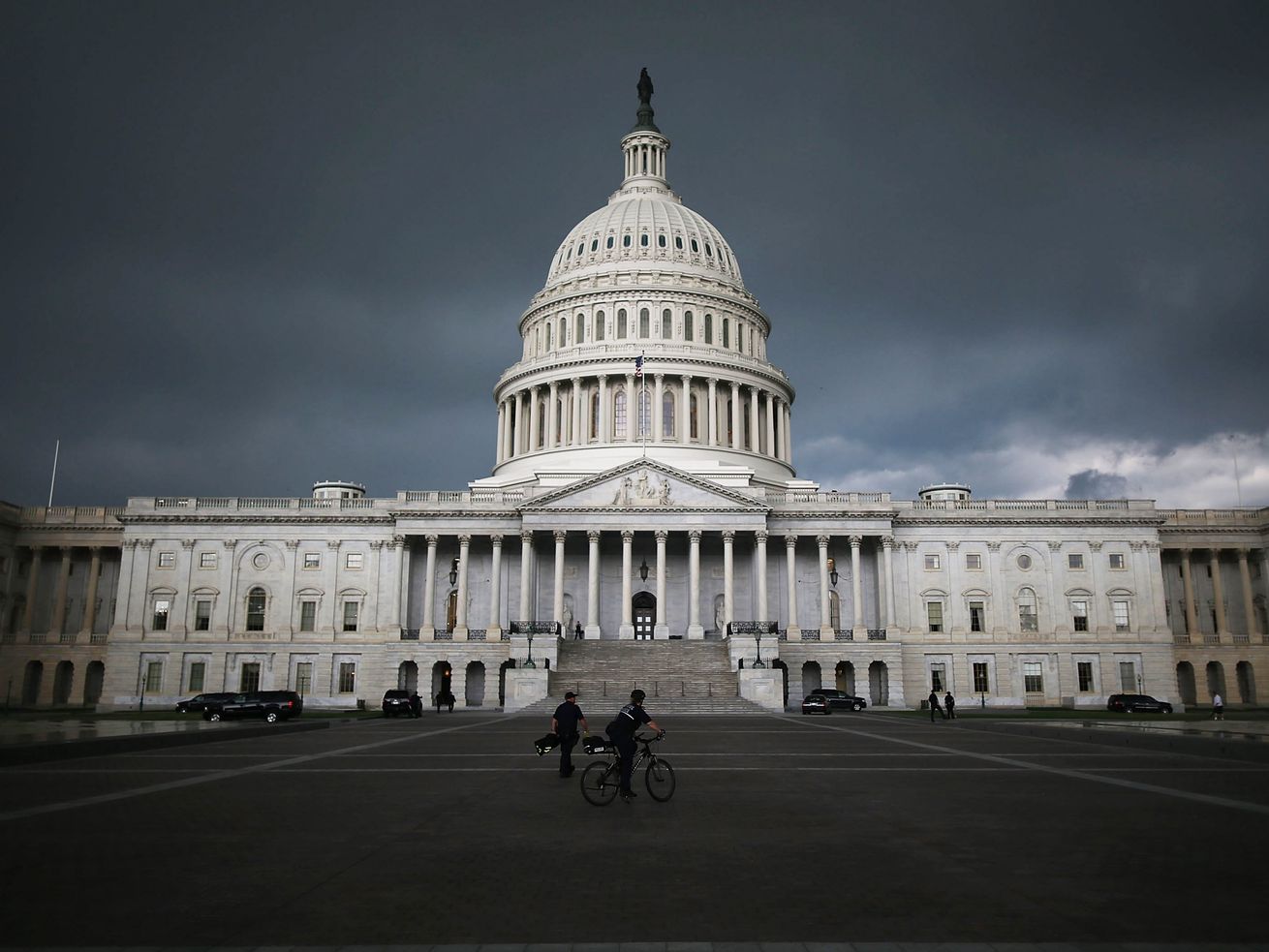 Plus, we need a more robust theory of the media.

Covering President Donald Trump is hard, but the media is blowing the easy parts.

That’s what I thought as I read Ezra Klein’s fascinating, troubling take on Vox about how Trump manipulates the media. Ezra raises a lot of really good, really difficult questions about how the media can and should handle the situation in which Trump clearly wants to bait the press into a Trump versus the media narrative.

Yet what I’m hung up on are the easy questions. Tuesday morning, for example, Axios published an interview/scoop in which Trump floated the idea of trying to abrogate birthright citizenship via an executive order. This is ridiculous on its face as a procedural matter, but substantively Trump remarked that “We’re the only country in the world where a person comes in and has a baby, and the baby is essentially a citizen of the United States.”

That’s a pithy, punchy line, but it’s also completely untrue. The citizenship standard known as unrestricted jus soli exists in Canada, the United States, Mexico, Chile, Argentina, Brazil, Jamaica, Barbados, and about 30 more countries, almost all of them, like the ones I named, located in the Western Hemisphere.

So while it’s true that unrestricted jus soli is a minority stance for countries, the United States is basically following the practice of all our neighbors. What’s more, some countries that don’t have unrestricted jus soli come pretty close. A baby born in Australia is an Australian citizen at birth if either of their parents is a citizen or legal permanent resident. And a baby born in Australia who doesn’t meet that criteria becomes a citizen at age 10 regardless of immigration status if he’s still in the country.

tl;dr: Trump was proposing to change constitutional law through an unconstitutional mechanism, and was doing so on the basis of a factually incorrect statement about American uniqueness.

But what happened? Tons of media outlets simply tweeted Trump saying something untrue. It’s a no-brainer to not do this.

When a public official makes a material misstatement of fact, you might want to do a story about the fact that he is lying or confused or ignorant or whatever you think is going on. But you don’t just relay the misinformation in your social media copy and headlines.

There are tough questions in journalism, but this one isn’t remotely tough. And yet it happens all the time.

Needed: a more robust theory of the media

But the striking thing about the media is the extent of the failures when the problems aren’t hard or even that controversial.

And here’s where I think the first step toward a solution is, politically: Progressively minded people to start developing a more ideologically robust theory of the media.

I’m not a socialist, but something I think socialists get right (with Noam Chomsky as the giant here) is to insist that we contextualize media conduct with regard to the concrete material interests in play.

At the most basic level, investing extra resources in being more careful about the civic impact of your tweets doesn’t necessarily pay off in dollars and cents. Indeed, in general, stenography, lazy both-sidesism, and access journalism cheaper to produce than tougher stuff. But precisely because it doesn’t anger conservatives, it’s probably better for business too.

Conservatives have successfully gotten the world obsessed with “bias” — the notion that the personal political views of journalists (which mostly align more with the Democrats than with the Republicans) are the dominant factor in structuring coverage. But executives, owners, advertisers, etc. also have their own sets of interests.

Fox News is a lucrative property for the Murdoch family, but there’s pretty good evidence that they deliberately leave some money on the table for the sake of broadcasting conservative propaganda that helps enrich Fox’s billionaire owners. MSNBC, by contrast, has a progressive slant on primetime as its business strategy.

Across the industry, media coverage tends to emphasize culture war flashpoints over explaining the economic policy stakes in voting. That helps Republicans win elections. That’s not an outcome reporters and editors desire; they are probably just doing what’s easiest to execute and best for maximizing audience size.

But the fact that newspapers and television networks are owned and managed by rich people who benefit personally from downplaying themes of class conflict surely doesn’t hurt.

This is an abbreviated web version of The Weeds newsletter, a limited-run newsletter through Election Day, that dissects what’s really at stake in the 2018 midterms. Sign up to get the full Weeds newsletter from Matt Yglesias, plus more charts, tweets, and email-only content.