THE eyes of the world are on New York tonight as Anthony Joshua returns to action.

Defending his heavyweight world title belts, AJ fights Andy Ruiz Jr in the Big Apple – and it looks set to be a night of high drama.

The fight is set to be Joshua’s first since he knocked out Alexander Povetkin at Wembley in September.

When is Joshua vs Ruiz Jr?

AJ is fighting on US soil for the first time as the heads to New York.

The bout is all set for Saturday, June 1.

It will be held at the iconic Madison Square Garden in Manhattan.

The arena seats 20,789 fight fans, whilst viewers back home in the UK can watch on Sky Sports Box Office.

To buy the fight for £19.95, head to the Box Office website, book through your Sky remote or stream via NOW TV.

You can also follow all the action on the SunSport LIVE BLOG.

How do the fighters compare? 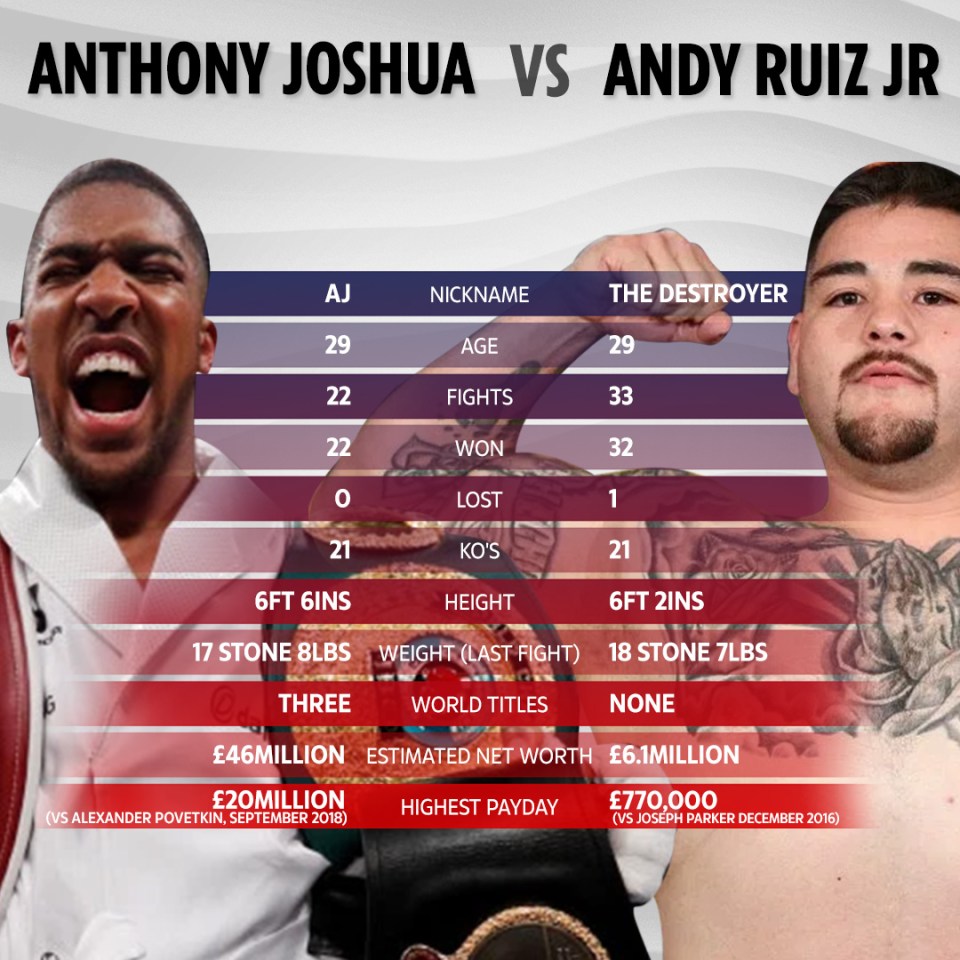 What time are the ring walks?

THIS is Joshua’s first fight since September last year when he beat Alexander Povetkin.

It’s set to be a late night for his supporters this side of the pond.

Build-up coverage will begin at 10pm on Sky Sports Box Office, with all of the undercard action to enjoy.

Whilst AJ and Ruiz are expected to ring walk around 4am UK time.

KELL OF A SHOCK