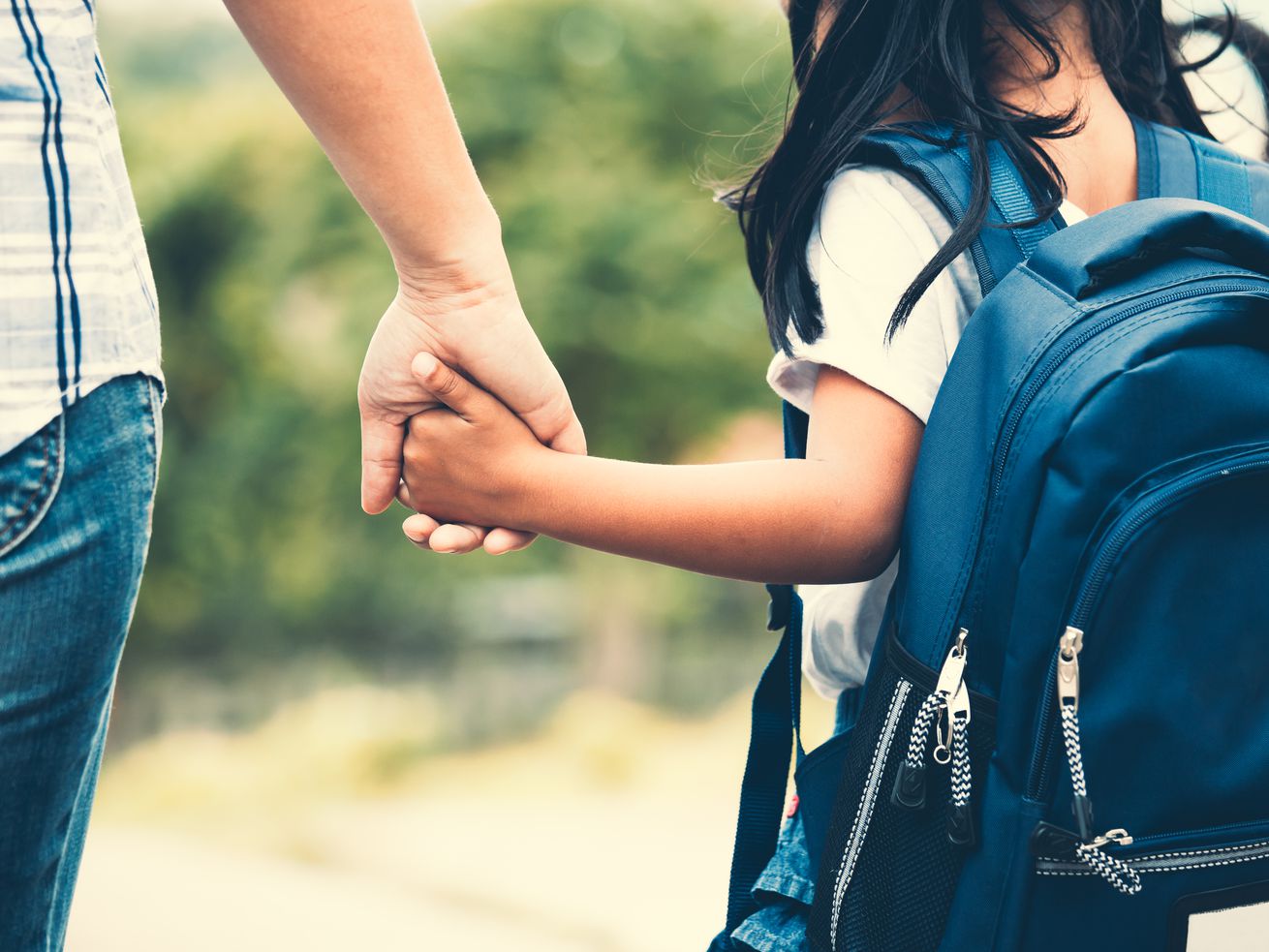 How modern parenting culture is driving the anti-vaccination movement.

“You know when you pick your child up from preschool and the teacher tells you he had a really good day? I have never had that day.”

This is how one mother who I’ll call Katie described what it’s like parenting her son, who is now 6 years old. She visited 15 preschools before she found one she thought would work for him, a place where teachers would understand his passion for space but also his difficulties reading social cues or transitioning between activities. She meticulously manages his diet due to his extensive food allergies and eczema. She also rejects vaccines, which she fears could impair his seemingly challenged immune system or worsen his autism spectrum disorder traits.

Katie is just one mother I spoke to while studying parents who reject some or all vaccines for their children. I’m a sociologist who aims to understand how parents make choices for their families and children, and compiled almost a decade of research into my book Calling the Shots: Why Parents Reject Vaccines.

Katie, like many of the mothers I spoke with, agonizes over how to make sure her kids are healthy, happy, and able to succeed in what seems an increasingly dangerous, competitive, and uncertain world.

Their reasons for rejecting vaccines vary widely. Vaccines, these parents tell me, do not always protect children. Some insist their children’s immune systems would benefit from contracting the illness. Some don’t trust the government agencies that approve vaccines because they are “too close” with pharmaceutical companies. Many believe their healthy lifestyle or prolonged breastfeeding ensures that their children will not experience the worst outcomes of a vaccine-preventable disease.

All insist that each parent must gather her own information and make an informed decision without feeling pressured by expert recommendations. And all insist that whatever happens to their children, they will ultimately be responsible.

Right now, the country is watching the number of measles cases increase each day, hitting a new high of 764 cases across 23 states since it was eradicated from the US in 2000. With 60 new cases in the past week, we can expect the outbreak will continue to spread.

There is no disagreement that vaccine refusal is the cause of outbreaks. More than 70 percent of measles cases this year were in people who had received no vaccines, and in all, 88 percent of cases were associated with under-immunized, close-knit communities. Yet parents’ decisions have effects that can reach far beyond these networks and neighborhoods.

Just this week, actress Jessica Biel appeared with anti-vaccine proponent Robert F. Kennedy Jr. at the California State Assembly to lobby against a bill that limits medical exemptions for vaccines. When a photo of her appearance went viral, Biel posted on Instagram that she was against the bill “not because I don’t believe in vaccinations, but because I believe in giving doctors and the families they treat the ability to decide what’s best for their patients and the ability to provide that treatment.”

It’s easy to question why any parent would choose not to vaccinate, and to look at mothers like Katie with suspicion, confusion, or disgust. As a mother of three vaccinated children and the granddaughter of a woman who lived her life with a limp that resulted from polio, I too wonder this. And while it is easy to dismiss these parents as anti-science, selfish, ignorant, or delusional, the answer is much more complicated.

First, a few points of clarification. Although I spoke with fathers and mothers in my research, it became clear that health care decisions tend to be maternal terrain. Mothers are most likely to take their kids to doctor appointments and make decisions about food and daily care. They also face scrutiny for their children’s behaviors, performances, and abilities, which makes every decision — including whether to vaccinate — feel high-stakes.

Second, there’s a small number of people who will never believe vaccines work and will never be persuaded to accept them, and I spoke to some of them. This is the group we tend to conflate with the entire world of people who don’t vaccinate.

But the larger and more interesting group to discuss is the significant portion of American parents who say they believe in vaccines but just don’t want them for their children — or don’t want all the vaccines that experts insist are safest and most efficacious. As much as 20 to 25 percent of American parents fall into this latter group, and they arguably pose the greatest threat to herd immunity. They are also the most likely to be persuaded as long as we don’t call them ignorant and selfish.

Finally, parents who refuse vaccines are most likely to be white and college-educated, and to have a higher-than-average family income. I believe their decisions are less about how informed they are and more about the culture of what I term individualist parenting — one that insists parents are personally responsible for their own children, but not other children. Individualist parenting has encouraged mothers to trust their own judgment more than that of experts and believe they can manage their way out of disease risk, even as their choices present risk to others.

For the past two decades, we have increasingly prioritized individual behaviors and choices as the key to good health. Experts recommend people count their calories, steps, pounds, or servings of vegetables as a path to disease prevention. When we hear someone is sick, our first question is often, “What did they do, or fail to do, that led to illness?” These questions ignore how the majority of illness is beyond individual control and reduce health promotion to a series of consumption decisions.

For mothers, the pressure to manage their children’s nutrition, body size, learning styles, peer interactions, or physical activity is boundless and reinforced by schools, doctors, peers, and parenting magazines. Beyond health, we see demands that mothers individually manage their children’s lives and optimize opportunities for their success. Choosing schools, traveling soccer teams, or SAT tutors promises to increase some children’s opportunities for success. Yet when parents choose to send their kids to private schools or competitive public schools, they implicitly accept that it is fine that other children don’t have safe or adequately resourced schools — as long as it’s not their own kids. The culture of individualist parenting makes clear: Parents have a duty to exercise choice to the bounds of their resources, even at the expense of others.

Mothers often tell me how hard they work to do “research” about raising their children. They don’t mean systematic research in the way scientists do. Rather, they conduct research the way we all do before making a consumption decision like going to a new restaurant or buying an appliance: They gather information, read advice from experts, talk to friends and family, peruse reviews and comments, weigh risks and benefits, and, in the end, trust their instincts. On a range of topics — from cooking to finding a pediatrician to requesting the best teacher to deciding whether to consent to vaccines — mothers routinely share information and advice to support their efforts to make good decisions for their families.

We know that parents who refuse vaccines tend to cluster and that living near a high number of other unvaccinated people significantly increases risk of infection. After all, most people are more likely to trust those who are like them. It is therefore not surprising that many of the outbreaks we are seeing are in tightly woven ethnic and religious communities with shared values and practices.

Although public health campaigns aim to convince parents to vaccinate because they love their children, the reality is that vaccines work best when used at a population level. In fact, many vaccines provide more protection to others than the child who receives them.

For example, rubella, which is the third component of the measles-mumps-rubella (MMR) vaccine, is a mild disease in childhood but can cause blindness, deafness, mental disabilities, and a range of birth defects in fetuses, or miscarriage, when pregnant women are infected. Measles can kill about one or two of every 1,000 people infected at any age but is most dangerous to infants and adults. The mothers I studied would often weigh each of these facts to decide if and how it would benefit their own children to get vaccinated. They would not consider that those too young, too old, or too immune-compromised to be vaccinated might benefit most from the herd immunity caused by mass vaccination.

Parents’ rejection of vaccine recommendations often emerges from fear of the uncertainties that surround children in a world that feels increasingly risky. I understand and admittedly sometimes even share these anxieties. I also recognize the pressures on parents to anticipate all possible outcomes and aim to control for them.

When thinking about her son’s struggles, Katie, like many mothers, made clear that she feels alone. Feeling unsupported by schools, health care providers, insurance companies, and her extended family, Katie insists she alone must take responsibility for her child and become his advocate.

Like high-quality education, safe drinking water, food inspection, or any number of resources children need to thrive, infectious diseases cannot be controlled with individual hard work, and thus cannot remain a private concern. In the end, we must find ways to protect each other’s children and support everyone’s family. And perhaps then, mothers who don’t think their children need vaccines will consent anyway.

Jennifer Reich is a professor of sociology at the University of Colorado Denver. Her publications include the award-winning books Fixing Families: Parents, Power, and the Child Welfare System and, most recently, Calling the Shots: Why Parents Reject Vaccines.