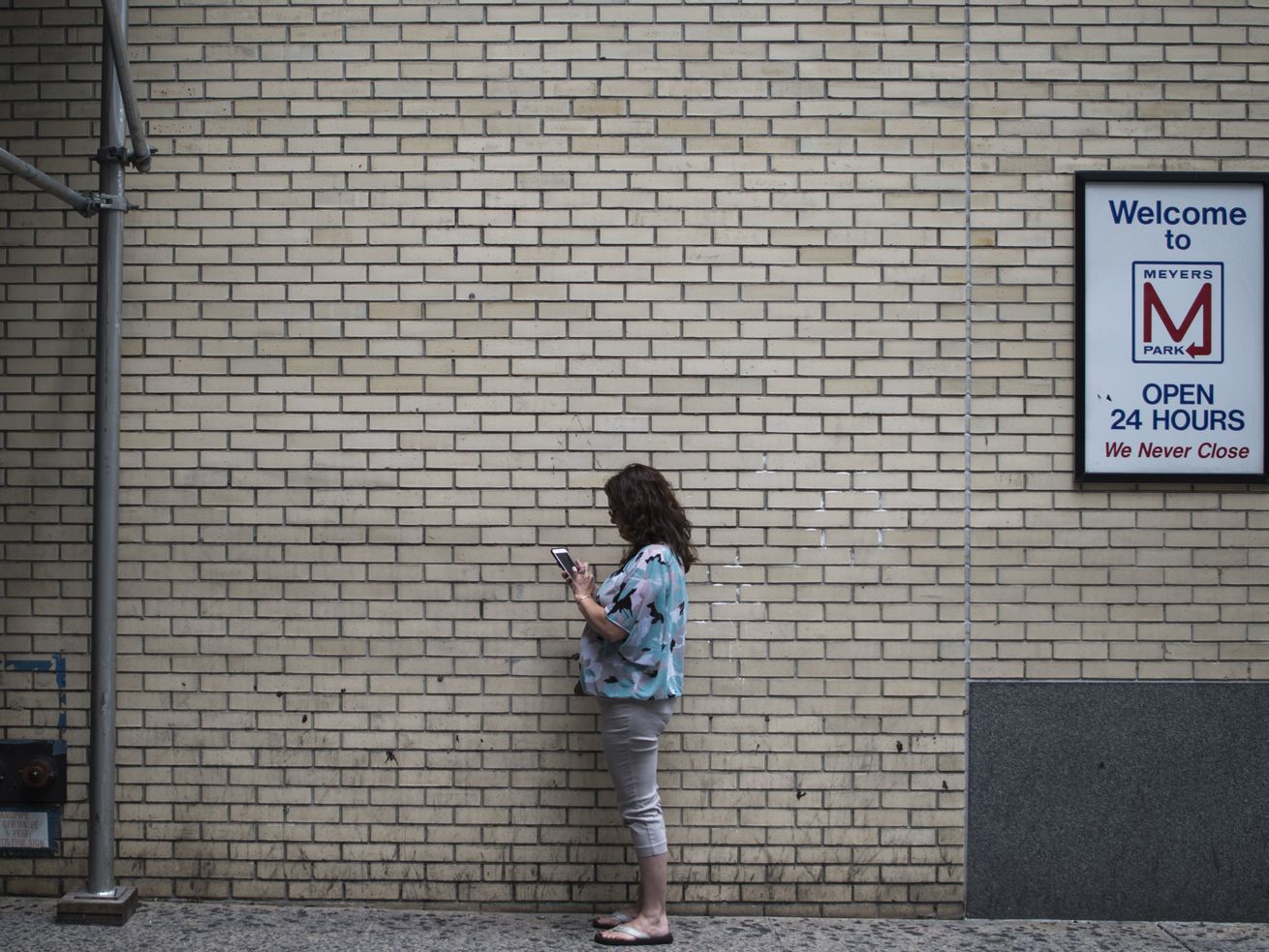 A new Pew study finds that over a third of people in a committed relationship has secretly searched their parter’s phone. | Andrew Caballero-Reynolds/AFP via Getty Images

Tempting as it may be, the vast majority of Americans think snooping is bad.

Most Americans think snooping on a partner’s phone is a bad thing to do, but that hasn’t stopped more than a third of people in committed relationships from doing it anyway, according to Pew research published Friday. As many of us find ourselves cooped up with our partners and our phones for the foreseeable future, the researchers suggest that using this technology is not necessarily great for the health of our long-term relationships.

As tempting as it may be to snoop, please don’t.

Pew’s study, conducted last October, involved surveying nearly 5,000 US adults who were asked a wide variety of questions about their digital habits and their relationship status, including questions about whether they’d ever looked up an ex on social media and with whom they shared their passwords.

A number of questions also revolved around phone snooping. Of those surveyed, 34 percent of people in committed relationships admitted to snooping on their partner’s phone without their knowledge. Interestingly, the survey also found that 42 percent of women (who are in relationships) say they’ve snooped through their current partners’ phones without them knowing, while just 25 percent of men say they have. Some 70 percent of people say that this activity is rarely or never acceptable.

“As smartphones have the ability to bring people together and the ability to connect, we see there are often some mixed effects,” Monica Anderson, associate director of research at Pew who focuses on technology and the internet, told Recode. “These technologies have helped in terms of communication and giving people a space to talk about their relationship, but there are also some negative side effects as well.”

Again, it looks like the vast majority of Americans think that secretly looking through a partner’s phone is a bad thing, though it’s easy to imagine how tempting it might be to check if your loved one is cheating, especially if a phone is left unattended. In a 2019 survey from HP, 60 percent of people said they would look at a text message that popped up in preview mode on a partner’s phone screen.

“When people sneak a peek at their partner’s phone, it feeds secrecy and distrust into the relationship, both of which are likely to be the primary reasons the person is checking in the first place,” therapist Kurt Smith told the HuffPost last year.

A bit of a side note: Social media behavior isn’t always great for relationships, either. About a quarter of people in committed relationships are bothered by how much time their significant other spends on these sites which, according to Pew, cause more frustration than video games. What’s more problematic is that more than half of partnered people use social media to check up on people they used to date. More generally, about 25 percent of those whose partners used these services said they were anxious or unsure about how their partners are actually using these platforms.

But again, the big takeaway from this new Pew study is the simple fact that seven out of 10 people do not think it’s okay to snoop through a partner’s phone. Don’t do it!

In fact, this new Pew study seems to suggest that phones in general can be a strain on a relationship. More than half of Americans complain that their partners are at least sometimes preoccupied by their devices while they’re trying to have a conversation, the Pew data says. A whopping 40 percent of people in relationships report that they’re annoyed by how much time their partner spends on their phone.

But our reliance on smartphones has also created a new way we can show that we trust our partners. Pew reports that 75 percent of all adults in committed relationships share their phone passwords, while 42 percent have shared a password to a social media account. But while younger people are more likely to share cellphone passcodes, older adults seem more willing to share email passwords.

If you’re the privacy-liking sort of couple, there are a few things you can do to keep your partner, or anyone else, from poking around in your phone. Simple steps include setting up your phone to require a passcode or a biometric login, such as a fingerprint or face scan, to unlock. (Some worry about privacy issues with biometric security, but a passcode can be just as secure.) If you’re worried about the content of messages or notifications popping up on the screen, you can go to your phone’s settings and turn off text previews or notifications for specific apps. And if you’re looking for even more ways to keep people from snooping, Lifehacker has a good guide.

Still, snooping through your partner’s cellphone? Don’t do it.

Open Sourced is made possible by the Omidyar Network. All Open Sourced content is editorially independent and produced by our journalists.