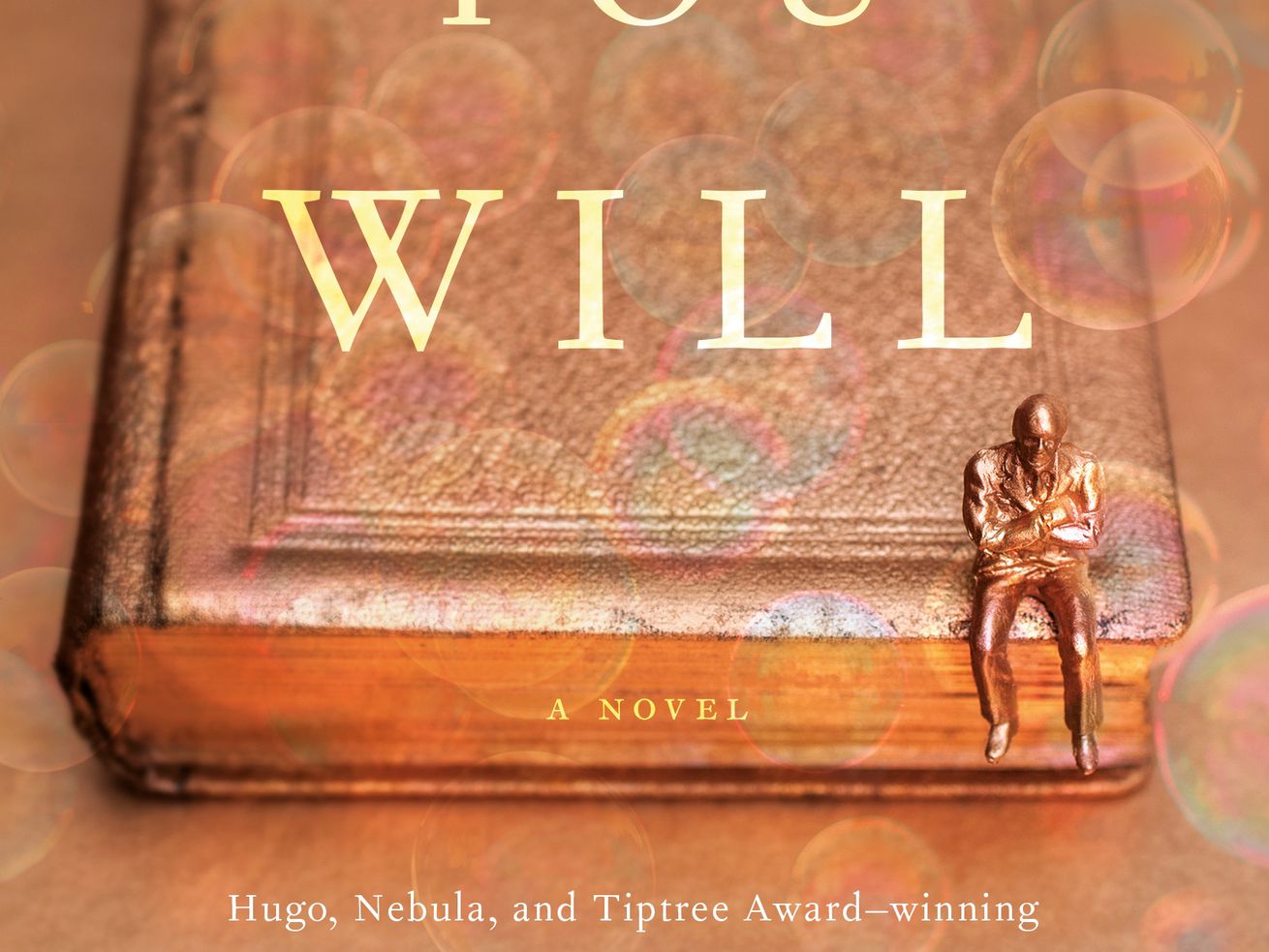 In Or What You Will, fantasy grand dame Jo Walton goes meta and frothy.

There’s something about the books of fantasy novelist Jo Walton that resist straightforward reading. Technically, they are marvels: The prose is always rich and pleasurable, the characters fully dimensional, the world-building immersive, the philosophical questions twisting and intricate. But every time I try to sink myself fully into her books, I find myself fidgeting, uncomfortable, viscerally trapped — as if, I wrote a few months ago, I am inside the skull of an alien creature, and the skull is the wrong shape.

Reading Walton’s latest novel Or What You Will, I didn’t feel that sense of constraint any more. Or What You Will is a playful book about breaking through constraints and expanding past your limits, and it was never difficult for me to immerse myself in it. But I did learn where that feeling of constraint comes from in Walton’s other books because Or What You Will is narrated by a spirit trapped inside someone else’s skull. And he narrates — not all the stories, he tells us, or they would all start to sound alike. But enough of them.

“I am trapped inside this cave of bone, this hollow of skull,” our protagonist tells us on the first page, “this narrow and limited point of view that is all I am allowed, like a single shaft from a dark lantern. She has all the power. But sometimes she needs me. Sometimes I get out.”

The she in this quote is pretty straightforward. She is a Canadian fantasy writer named Sylvia, 73 years old and spending the summer in Florence. Sylvia, who in certain passages bears a striking similarity to Walton herself, is working on a book about Shakespearean characters living in a fantastical version of the city called Thalia. In Thalia, Sylvia writes, the Renaissance never ended, and no one ever dies unless a human wills their death. (The title of Walton’s book, Or What You Will, nods to Twelfth Night, and Orsino is a major character in Sylvia’s book. So is Miranda from The Tempest.)

But the I of that opening passage is trickier. This spirit has a complex ontology.

Here is what we know about him: He is male, and playful; a kind of trickster. He has been multiple characters in Sylvia’s books. He is an aspect of her mind. He is her imaginary friend.

He is also a real, literal spirit with an independent life of his own, separate from Sylvia’s. He can be harmed, and even killed. And as the book begins, he fears that Sylvia is nearing the end of her own life and that he will die with her.

To save them both, he wants to rewrite Sylvia’s Florence book. He wants to find a way for both he and Sylvia to leave their own world and get to Thalia. He wants to walk out of the bone cave and into a world where no one has to die.

Or What You Will gives writing life-and-death stakes

The idea of finding life through books is central to Or What You Will. But neither Sylvia nor our protagonist have any illusions about literary immortality, about books living on in the minds of their readers forever.

“You can be a bestseller for a thousand years after your death, read by every schoolchild, and then five hundred years after the end of that thousand years be almost forgotten and read only by eccentrics,” the protagonist tells us. “Precisely that happened to Lucian of Samosata.” And he doubts that books by Sylvia, who he says is “popular, but she’s not the best, not the most popular,” will survive even as long as the works of Lucian of Samosata did.

Speaking of Lucian: That kind of easy, no-big-deal classical reference is one of the great pleasures of Or What You Will, which is filled to the brim with stories of Renaissance Florence, both historical and imaginary. We learn of Brunelleschi, who designed the dome of Florence’s Duomo and played viciously cruel practical jokes on his friends. In Sylvia’s Florence book, we meet Ficino, the 15th-century philosopher who walked out of our world and into, apparently, Sylvia’s Thalia to study magic. And in Sylvia’s daily life in Florence, we learn of the socialist haute cuisine supper club Teatro del Sale, where “the food is incredibly, unbelievably, implausibly good, so good superlatives crack under the burden of trying to describe it.”

Walton is so enthusiastic on this point that a person might be tempted to hop on a plane, pandemic or no, and head off to Florence for lunch at the Teatro del Sale, an afternoon at the Uffizi art gallery, and then gelato at Perché No!, Sylvia’s preferred gelateria. Or they’ll wish to step into Thalia, where Sylvia’s characters feast on peaches and figs and cake and “slightly leathery” omelets. (Slightly leathery, because they are cooked by a young Victorian lady who has only recently entered the everlasting Renaissance of Thalia, and she is not used to fending for herself in the kitchen. In my opinion, the fruit sounds good enough to make up for it!) Or What You Will might be narrated by an incorporeal spirit, but it’s told with a deep and palpable and sensual joy: of food, of art, of history, of books and learning.

This book is also concerned with mortality, and what it means to live with the knowledge of one’s own death. Thalia seems at first to be a false and beautiful refuge from the idea of dying, but it becomes gradually clearer that it cannot quite be paradise because it is impossible to ever fully change in Thalia, where progress is outlawed. The Renaissance is exciting to Walton’s characters because it was a time of endless invention, but in Thalia, the Renaissance’s inventions have already been created, and there are no more left. Without them, the Renaissance is only an aesthetic.

But our protagonist, locked in the bone cave, is after more than mere aesthetics. He’s after life, and freedom, and specifically the freedom that comes with recognition. And when he finally seems to make his way toward both in the book’s last, redemptive moments — well, reader, that’s when I started to cry.

I didn’t feel at all that I was in the wrong-shaped skull anymore. I felt I had at long last been set free.