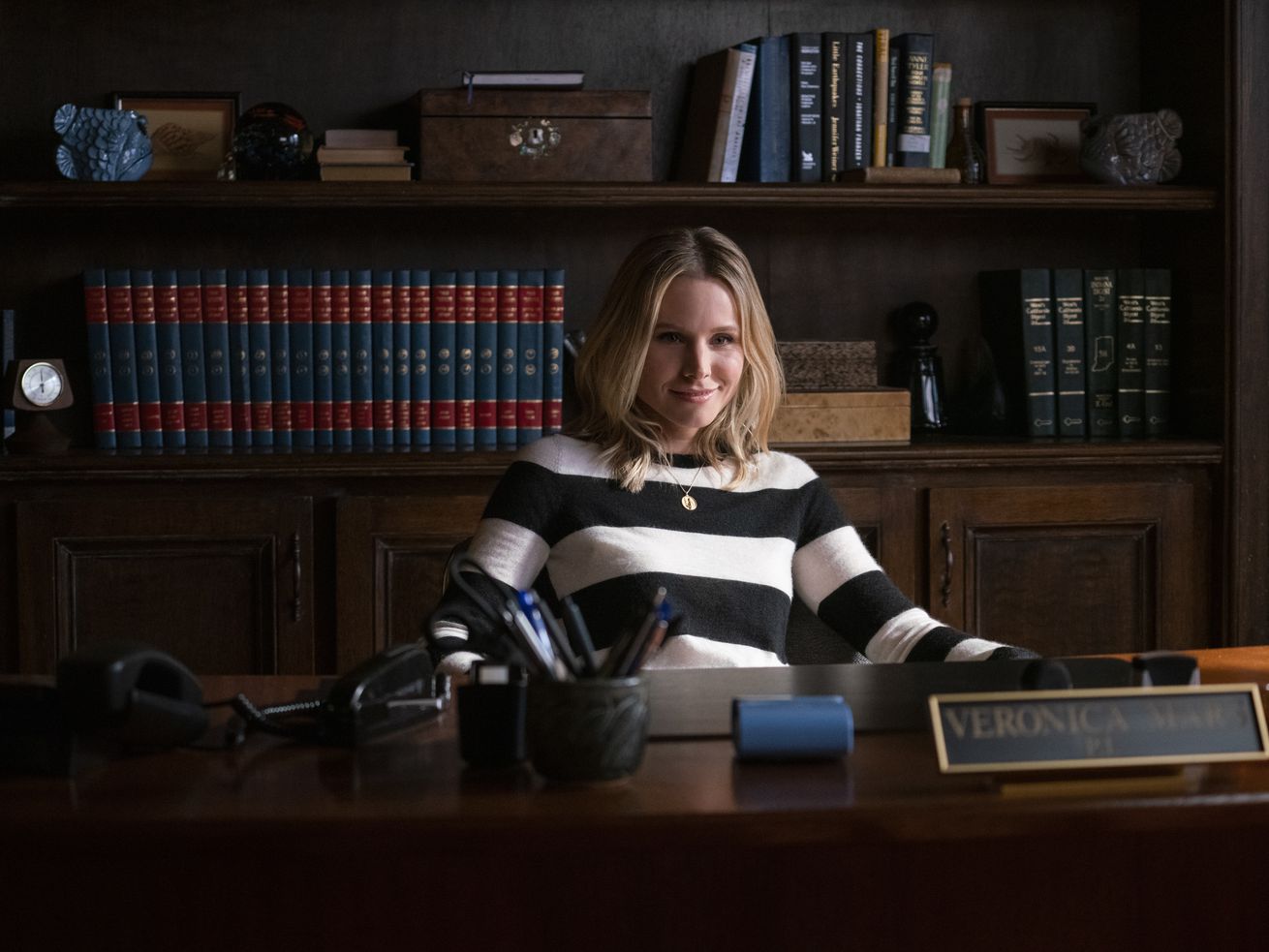 About that Veronica Mars ending …

Okay: Hulu’s Veronica Mars season four has been out for eight hours now. You’ve had a chance to watch it and fully freak out. It’s time to talk about the ending.

If you have not yet watched every episode of the new season of Veronica Mars, including the finale, and you don’t want to be spoiled, please close this window now. Because some major stuff happens at the end of this season, and we’re about to unpack it.

Here’s what happens in the finale of Veronica Mars

One of the most talked-about storylines in the original run of Veronica Mars was Veronica’s turbulent romance with troubled bad boy Logan Echolls. The TV show saw them break up and get back together repeatedly, but by the end of the 2014 movie, they had reunited, and things felt pretty stable.

But creator Rob Thomas has repeatedly and emphatically stated the following: (a) He thinks that when a couple is together and happy, the story is over, and (b) He really wants to keep telling the story of Veronica Mars.

So a lot of fans probably weren’t too surprised to find that Thomas spent some time in the season four finale messing with the happily ever after that Logan and Veronica seemed to have found in the 2014 movie. It’s definitely possible for certain writers of certain kinds of stories to keep things fresh and interesting even after they’ve put their central couple together, but Thomas has always said he’s not one of those writers. That means that, in order to make more seasons of Veronica Mars after this one, he has to split Logan and Veronica apart.

But fans might be shocked by just how permanently the show has split the pair apart by the end of season four. Because the finale ends with Logan dying.

Logan proposes to Veronica in the season premiere, but she turns him down immediately, in a callback to the very first line of the original run of the show: “I’m never getting married.” (That line was deleted from the broadcast version of the pilot, including the cut that’s currently streaming on Hulu, but it lives on through the DVDs and YouTube.) In the seventh episode of the eight-episode season, however, she changes her mind and decides that she’s ready to get married after all, and the finale sees Logan and Veronica exchanging rings in a tiny City Hall ceremony after Veronica and Keith have caught Neptune’s spring break bomber.

(The bomber, by the way is Patton Oswalt’s Penn, who I personally discounted as a threat as soon as he became Veronica’s chief suspect one episode before I expected her to catch the bomber, in a truly elegant bit of misdirection.)

As they talk, Veronica remembers the taunting limerick that Penn the bomber left her, hinting at where his next bomb would be planted — and suddenly she realizes that the bomb is in the trunk of her car and is scheduled to go off right now.

Before she can do more than say Logan’s name, the car explodes. And then we cut to a grieving Veronica driving through the streets of Neptune, one year later.

It’s a shocking twist ending to a season of television that, until that moment, was more pleasantly eyebrow-raising than jaw-dropping. In killing off Logan, Thomas has gotten rid of the character who developed the biggest fanbase of anyone in the supporting cast during Veronica Mars’s original run. And he’s made that death permanent.

We’ll have much more to say on this plot turn — including a conversation with Rob Thomas — on Monday at Vox.com.