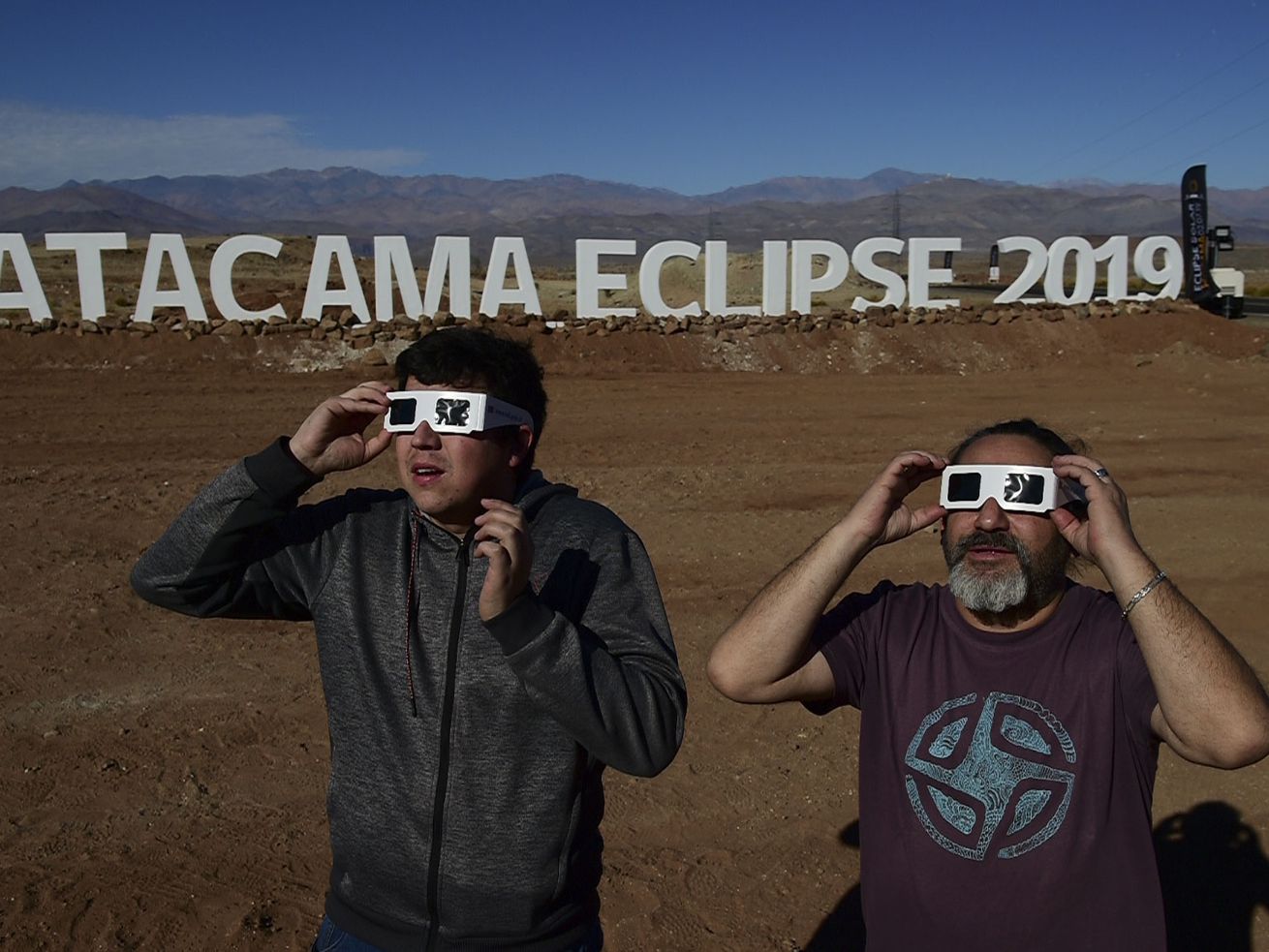 Just after 4:30 pm Eastern, you can watch the moon blot out the sun in South America.

This is a total solar eclipse, and the next one happens today, Tuesday, July 2. This afternoon, a shadow will fall over the southern Pacific Ocean and parts of Chile and Argentina. It’s the first total solar eclipse since the “Great American Eclipse” of August 2017, which bisected the continental United States.

Here’s the path of totality — the region where the moon’s shadow totally blocks out the sun — that today’s eclipse will take:

What might make this eclipse particularly beautiful is its timing near sunset hours. If you’re not in the Pacific or in South America, don’t worry. This is the year 2019, and you can live-stream the solar eclipse.

You should be able to see a totality in one of these streams between 4:38 pm Eastern (when the total eclipse begins in Chile), and 4:44 pm Eastern (when it ends in Argentina). You can also start watching an hour before to see the partial phases of the eclipse. Here are a few options, and when to tune in:

The astronomy education website Slooh is providing a webcast of the eclipse starting at 3:15 pm Eastern.

NASA will broadcast a live stream from observatories in Vicuna, Chile, from 3 to 6 pm Eastern.

Possibly the best place to view the eclipse will be at the La Silla Observatory, an astronomy facility perched high on a mountain in Chile’s Atacama Desert. There, away from light pollution and relatively safe from the threat of cloud cover, the total eclipse will begin at 4:39 pm local time, a little more than an hour before sunset.

Chile is in the same time zone as the Eastern US. And many of us will be able to follow along from afar: The European Southern Observatory, which runs La Silla, will live-stream the event starting at 3:15 pm.

A total solar eclipse is a beautiful phenomenon. When the moon covers the sun, it reveals a glowing white light surrounding the sun. That’s the solar corona, or atmosphere, and it’s only visible to our eyes during an eclipse. Here’s what it might look like on Tuesday.

With a week to go, here’s our final prediction for what the 2nd July 2019 total solar eclipse will look like (if you’re going to see it, please let us know how we did!): https://t.co/uceFgMpd0J pic.twitter.com/2ry3y8L9HW

People say witnessing a total solar eclipse is life-changing. Hear some of their stories here: