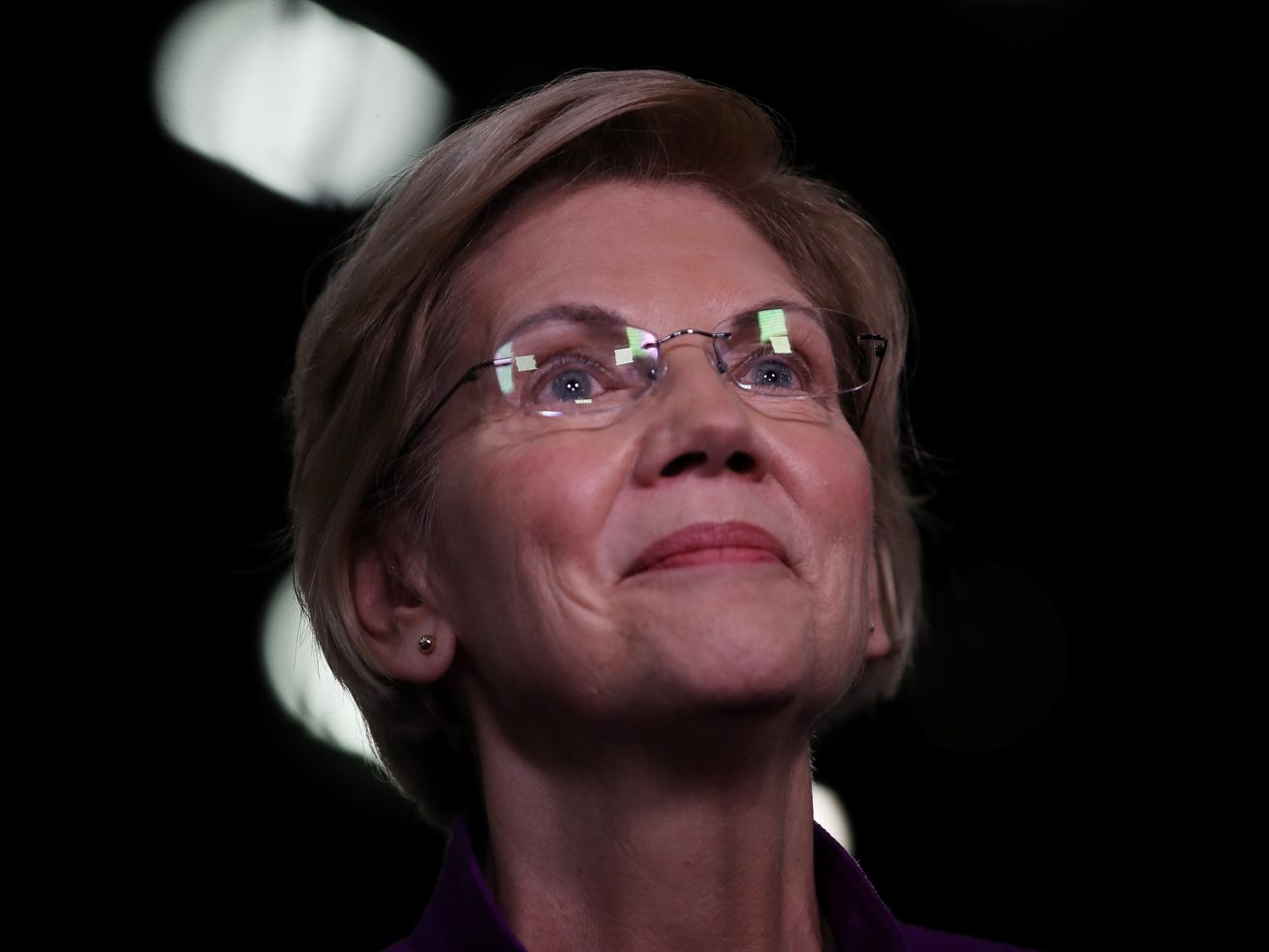 Of course she has a plan for this, too.

Sen. Elizabeth Warren (D-MA) just released her vision for how she would run the State Department from the Oval Office — and it’s a dramatic change from how President Donald Trump has handled America’s diplomatic corps.

In a Friday Medium post, Warren vowed to pursue a “diplomacy-first strategy” as president as opposed to conducting US foreign policy mostly through the better-funded Pentagon. To do that, she says, her administration would invest much more in the current and future diplomats that serve in roughly 270 countries around the world.

“American security and prosperity depend on robust diplomacy,” she wrote. “Our diplomats are the front line of our engagement with the world.”

Her piece details that she won’t allow wealthy campaign donors to become ambassadors, how she aims to double the size of the diplomatic corps while improving diversity in its ranks, and how she’d create a diplomatic equivalent of ROTC programs in universities, among other moves.

It makes sense for Warren to put out a vision like this. First, having a plan for every aspect of governance is kind of her thing. Second, her overall foreign policy views prioritize diplomacy over using the military. And third, the Trump administration has caused much heartburn at the State Department by proposing lower budgets and failing to nominate qualified people for key positions, although that’s starting to change.

But because it’s a relatively short Medium post, the senator’s State Department plan is lacking many details about how, exactly, she would turn her aspirations into reality. There’s no mention about how she’d fight a GOP-led Senate to spend more and confirm nominees, there’s no real connection (yet) with how these views intersect with her thoughts on defense and development, and no discussion of tradeoffs she might face while prioritizing the State Department’s revamp.

Still, offering a State Department plan makes her the leading candidate on the issue during the 2020 cycle (for now). And what she offers are some concrete proposals that would let Warren put her mark on one of America’s oldest governmental professions.

How Warren wants to fix the State Department

Warren’s plan comes down to three main proposals that, if enacted, would substantially change the way the State Department has been managed under Trump — and that represent something of a departure from how the department was run under President Barack Obama, too.

This is likely the part of Warren’s plan that will get the most attention. There’s a long tradition of presidents in both parties nominating some of their richest financial supporters to plum ambassadorial posts. In Obama’s second term, for example, he named 31 campaign “bundlers” — people who raised at least $50,000 for his campaign — as an embassy’s top diplomat.

“Nearly all of these bundlers … serve in Western European nations or other highly developed and stable countries such as Canada and New Zealand,” the Center for Public Integrity reported in January 2017.

Trump continued the practice by nominating 14 inauguration donors — who gave on average about $350,000 — as ambassadors. What’s worse, the people he nominated for top embassy posts were less qualified than in administrations past, as the February chart from Axios below shows. (The nominated ambassadors also gave more money to his campaign, on average, than previous rich donors gave other presidents.)

Warren says that trend would end under her watch. “I’ll make my ambassadorial appointments based on only one thing: finding the most qualified person for the job,” she wrote. “I won’t give ambassadorial posts to wealthy donors or bundlers — period,” she continued, calling on other candidates to promise the same.

That said, it’s somewhat easy for Warren to make this pledge. She’s already not taking money from high rollers or speaking at big fundraisers, so her bench of wealthy supporters is already thin. Still, her vow, if enacted, would end a long-standing problem of pay-for-play at some of America’s most important embassies.

Warren blames Trump for many diplomats recently leaving the government, but she also notes that’s been a problem for a while. “Years of hiring freezes and spending cuts have caused many talented diplomats to head for the doors,” she wrote.

So Warren proposes two ways to change that: double the size of the foreign service and improve the diversity in the diplomatic corps.

Those go hand in hand. Right now, America’s diplomats are mainly white and male. “[T]he Foreign Service is not sufficiently representative of the American people with respect to race, gender, socioeconomic background, and regional origin,” a May 2018 Congressional Research Service report noted.

That means there’s a vast, untapped pool of people around the country that may be interested in a diplomatic posting. To reach out to them, Warren says she’ll “dedicate recruiting resources to applicants from HBCUs [historically black colleges and universities] and other minority-serving institutions, women’s colleges, and community colleges. And I’ll double the size of fellowships designed to recruit minority and low-income diplomats.”

She’ll also push for universities to have a ROTC-like program for diplomats as well as double the size of the Peace Corps.

Trump, meanwhile, has consistently proposed cuts to the State Deparment budget and recruited secretaries of state that seem intent on lowering diplomatic ranks. Multiple diplomats I’ve talked to since the start of this administration have consistently noted the poor morale among the corps and just how understaffed — and therefore overworked — they all are.

Warren’s changes, then, will certainly require tons of effort and a decent chunk of money (although surely a lot, lot less than the Pentagon spends). It’s unlikely she could completely alter the face of the US diplomatic corps in four or even eight years. But she seems intent on making structural tweaks quickly in hopes of long-term change.

3) Improve the lives of diplomats

Diplomats have to deal with two big institutional challenges. First, they work for a large, impersonal bureaucracy that doesn’t always let the best talent rise to the top. Second, their service in major cities around the world makes it harder to raise a family and strike a normal work-life balance.

Warren wants to alter all that.

She proposes creating a “core professional development curriculum” which would help diplomats improve in their jobs and prepare for more senior roles. That will help her make at least one Deputy Secretary — a position right under the secretary of state — a career ambassador, one of the corps’ top designations.

The senator also aims to “enhance workplace flexibility to retain a diverse workforce.” She’d do that, in part, by “expanding parental leave and preferential postings for new parents.” That means new mothers and fathers wouldn’t be penalized as much for starting a family in the hyper-competitive State Department. What’s more, raising a kid in a more developed country could make an upbringing easier than, say, growing up in a warzone.

None of this is to say Warren’s plan is perfect; no plan is. But even in a short Medium post, Warren has given more thought about what to do with the State Deparment than many (if not all) of her Democratic opponents. The question now is if any other presidential candidate — including Trump — can come up with a better plan in the months ahead.