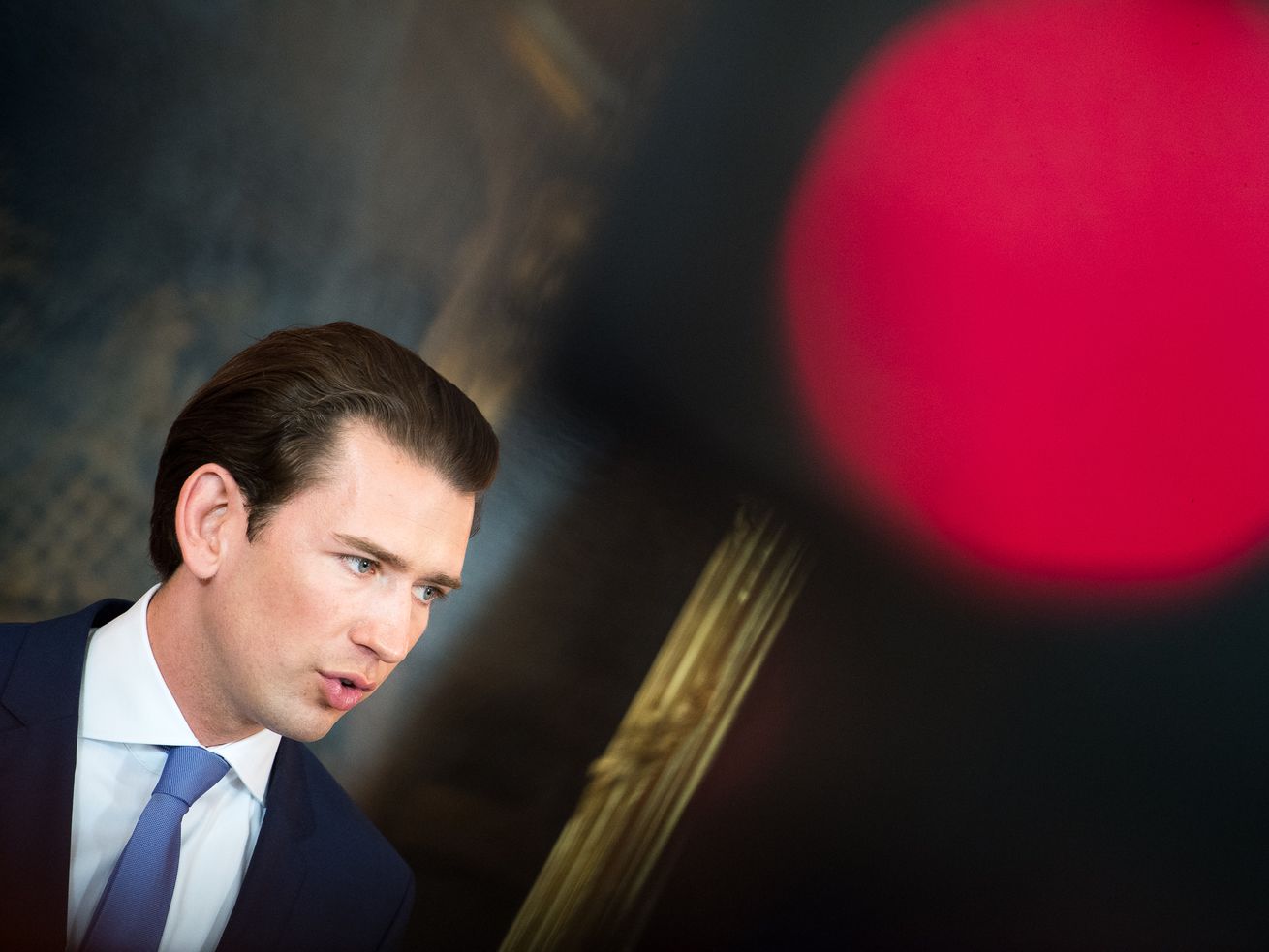 It involves a setup and an apparent attempt to collude with a Russian.

VIENNA, Austria — Fake Russian collusion in Austria led to the demise of the nation’s government last weekend, and could result in criminal charges for a top far-right leader.

The scandal has rocked Austria to its core, providing a blow to the growing clout of nationalist, anti-immigrant parties in Europe. While viewed as a local affair by some, it’s a political crisis that could potentially span the continent.

On May 17, German media released a video showing Hanz-Christian Strache, the head of Austria’s far-right Freedom Party, talking about a deal with a woman who claimed to be the niece of a Russian oligarch. The video, filmed in 2017 inside a glamorous Ibiza vacation house, shows Strache and a party colleague speaking with the woman for six hours about how she could use her money to influence Austrian politics.

This was the crux of the plan: The woman would make possibly illegal donations and buy a 50 percent stake in an influential Austrian newspaper, allowing her potentially to make its coverage more friendly to the Freedom Party’s cause. In exchange, Strache would award her with lucrative government contracts. The politician went on to say in the video that he hoped to “build a media landscape” like Hungarian President Viktor Orbán did, clearly admiring the authoritarian who has decimated the free press in his country.

But here’s the twist: The entire episode was a setup. The woman, Alyona Makarova, is not related to a wealthy Russian, and the villa contained many hidden cameras throughout. At one point during the conversation Strache grew suspicious, turning to his party colleague in the room, Johann Gudenus, to say, “Trap, trap, it’s a trap.”

But his concerns seemed to diminish over time as he continued to discuss the deal. He never went through with it, but it’s clear he had no clue the discussion on its own would come back to haunt him soon after.

Why the Strache video matters

Okay, so a far-right politician made some troubling statements two years ago. Why is Austria’s government crumbling now?

Austria’s is a federal parliamentary system, with a chancellor as the head of the government. Basically, voters choose which party they want to form a government, and the head of that party typically becomes the boss.

Well, Strache’s Freedom Party, which was founded by neo-Nazis and is friendly to Russia, became a junior member of Austria’s coalition government shortly after the video was filmed. He then became the country’s vice chancellor, the second-highest figure in the government.

Strache and Gudenus, who has become a top parliamentarian, initially brushed off reports on the video after it came out. They said the conversation was a “purely private,” alcohol-fueled affair, although on the recording they still had the wherewithal to continually mention “the relevant legal regulations and the necessity to observe Austrian law” to the fake Russian woman.

Then on Saturday, Strache resigned, throwing his party and Austria’s political future into chaos. “The Freedom Party has damaged the country’s image,” Chancellor Sebastian Kurz of Austria’s center-right People’s Party, the main governing party, said after the resignation. The news led thousands to protest in Vienna, a main factor behind Kurz’s decision to withdraw from the coalition and call for new elections in September.

And on Sunday, Kurz told Germany’s Bild newspaper in an interview that “there could be criminal liability” for Strache, adding, “the investigations will determine what happens next.” However, it’s unclear what punishment Strache might face since he made those comments before assuming the No. 2 role.

Still, it’s a swift and surprising moment for many in the country. “The shock to this scandal is unique,” Wolfgang Müller, the head of the University of Vienna’s government department, told me. “Almost all Austrians are stunned by the understanding that was reached in the video,” he continued, noting that it confirmed some citizens’ suspicions of blatant, widespread political corruption.

The fallout continues. On Monday, Austria’s Interior Minister Herbert Kickl — a leader in the Freedom Party — was fired due to the scandal. Other government leaders in the party, including the defense minister, resigned in protest. Austria’s government, effectively, is now in full collapse.

Kurz said he fired Kickl to ensure a “complete, transparent investigation” into the Strache scandal. The chancellor continues to lead the country, but with no coalition in charge, it will be hard for Austria to run the government as it did just days ago.

With the election months away, though, it’s too soon to know what effect the “Ibiza Affair,” as the scandal is being called, will have on the country’s future. But there are already some potential ramifications for nationalist parties throughout Europe.

What the Austrian government collapse means for Europe’s far right

Kurz, Austria’s chancellor, came under immense pressure when he made a deal with the Freedom Party in 2017 to form a governing coalition. The hope was that his more moderate center-right party would drag the far-right junior members closer to the center. Instead, Kurz received sustained criticism as some Freedom Party members made racist comments, berated the press, and aimed to interfere in investigations of far-right extremists.

“In order to pursue our agenda and bring about change, I had to be willing to endure quite a lot,” Kurz told Bild, the German newspaper. Now, he says, “the Freedom Party has destroyed itself.”

Since Strache’s resignation, much of Europe’s focus turned to what the Freedom Party’s current demise means for far-right parties looking to gain more power throughout Europe.

Alina Polyakova, an expert on European far-right parties at the Brookings Institution in Washington, wrote Monday in the New York Times that Kurz’s bet was wrong: Extremist parties can’t be moderated — even if they join the government.

“Other mainstream European politicians facing threats from a growing far right should take heed: Pandering to them doesn’t work. For all the rhetoric of national sovereignty routinely espoused by [France’s] Marine Le Pen, [Italy’s] Matteo Salvini and other populist leaders, Mr. Strache’s fall shows how these supposedly lofty ideas are a cover for opportunism and hypocrisy,” she wrote.

The University of Vienna’s Müller, meanwhile, told me he doesn’t expect the Strache episode to have much of an effect throughout Europe. “Austria is a small country and the other far-right parties can claim that this is not their problem,” he said. “The Freedom Party’s image might suffer, but I expect national concerns in other countries will be overwhelming for foreign voters.”

The next big test is the European Parliament elections, which begin on Thursday and end Sunday. Far-right politicians are avoiding any mention of the Austrian scandal in their rallies throughout Europe, likely in an effort to better their chances right before the vote.

The election is perhaps the populists’ best chance to gain power in Brussels, allowing them to stymy the European Union’s efforts. While they likely won’t win a majority, they could still make a lot of noise by gaining more seats than in the past.

“For the first time, we’ll see meaningful populist representation at the European level,” Mujtaba Rahman, a European political expert at the Eurasia Group, told the New York Times on Sunday. “There is at least a risk of a populist insurgency trying to take over or paralyze institutions from within, with implications for Europe’s capacity to act.”

Which means Austria’s political turmoil could potentially reverberate not just throughout the small, landlocked European nation, but the continent as a whole — especially if the far right’s recent stumble is viewed as emblematic of its leadership.