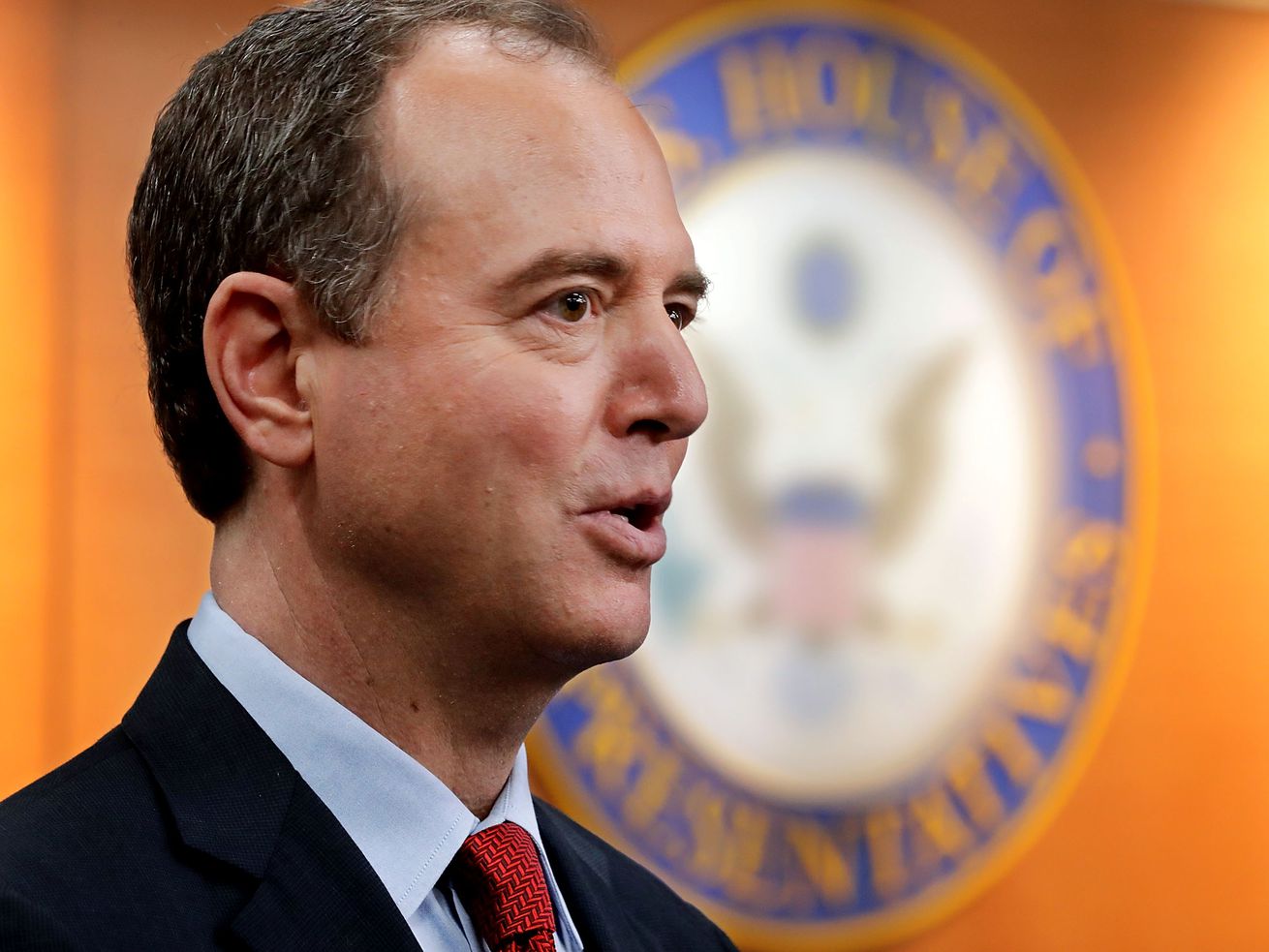 Rep. Adam Schiff reveals the issues his panel could investigate in the next Congress.

The incoming Democrats on the House Intelligence Committee have made no secret of their desire to dig deeper into possible ties between the Trump campaign and Russia when they take control of the House in January.

But they also have plans to probe multiple facets of President Donald Trump’s foreign policy. That’s what Rep. Adam Schiff (D-CA), who will very likely lead the committee soon, told me in a recent phone interview.

When we spoke, he outlined four main areas where the committee could play a role, adding to oversight that would also come from the Foreign Affairs and Armed Services panels: the rise of authoritarianism, Saudi Arabia, China, and North Korea.

Schiff said he wants one of the committee’s first open hearings to outline the rise of authoritarians around the world. “It’s the great untold story of the last couple of years,” he said — one that poses a severe threat to liberal democracy both in the US and around the globe.

Schiff added that “this president has a lot of autocratic tendencies,” adding that he believes Trump would “like to be” a full-blown authoritarian himself.

Schiff wants the committee to think deeply about Saudi Arabia, and the US relationship with the Gulf monarchy.

The Democrat-led panel will certainly want more information about Crown Prince Mohammed bin Salman’s conduct, especially since US intelligence says he was responsible for the death of Saudi journalist and dissident Jamal Khashoggi in October.

But Schiff said they will also be looking into the Saudi-led war in Yemen, which the US supports, and Saudi involvement in the Syrian civil war — both of which have killed thousands of people and displaced millions more.

There are a few Senate efforts to potentially end America’s involvement in the Yemen war. But Schiff also wants to know how viable an ally Saudi Arabia can be for the US in the future, and if the ruling family can really maintain its power down the line.

Beijing has stolen US technological and personnel secrets for its own advantage, antagonized US allies in the South China Sea, killed or imprisoned more than a dozen American informants, and taken millions of US jobs over the past 15 years. The US and China are also in the middle of a massive trade war that threatens to slow the global economy.

As such, lawmakers charged with overseeing the intelligence community must keep a close eye on China’s plans — and how the US is responding.

Washington and Pyongyang are currently locked in a standoff, with North Korea unwilling to dismantle its nuclear program and the US choosing to keep sanctions on its economy.

Trump, however, seems fine with this situation as long as North Korea doesn’t test missiles or significantly improve its nuclear arsenal. Schiff, who as a top member of the House Intelligence Committee also has access to classified information, thinks the president is missing something big.

“The president keeps telling us that we can sleep well at night because North Korea is on the path to denuclearization, but I see no evidence of that,” he told me. Schiff wouldn’t comment on specific intelligence, but there is already open satellite imagery showing Pyongyang is improving and expanding missile bases.

It’s an ambitious agenda for the panel that will remain busy with the Trump-Russia probe for the foreseeable future. As of now, it’s unclear how the committee’s efforts might alter Trump’s foreign policy, if at all.

Still, House Democrats will certainly keep a watchful eye on foreign affairs — both in public and behind closed doors.