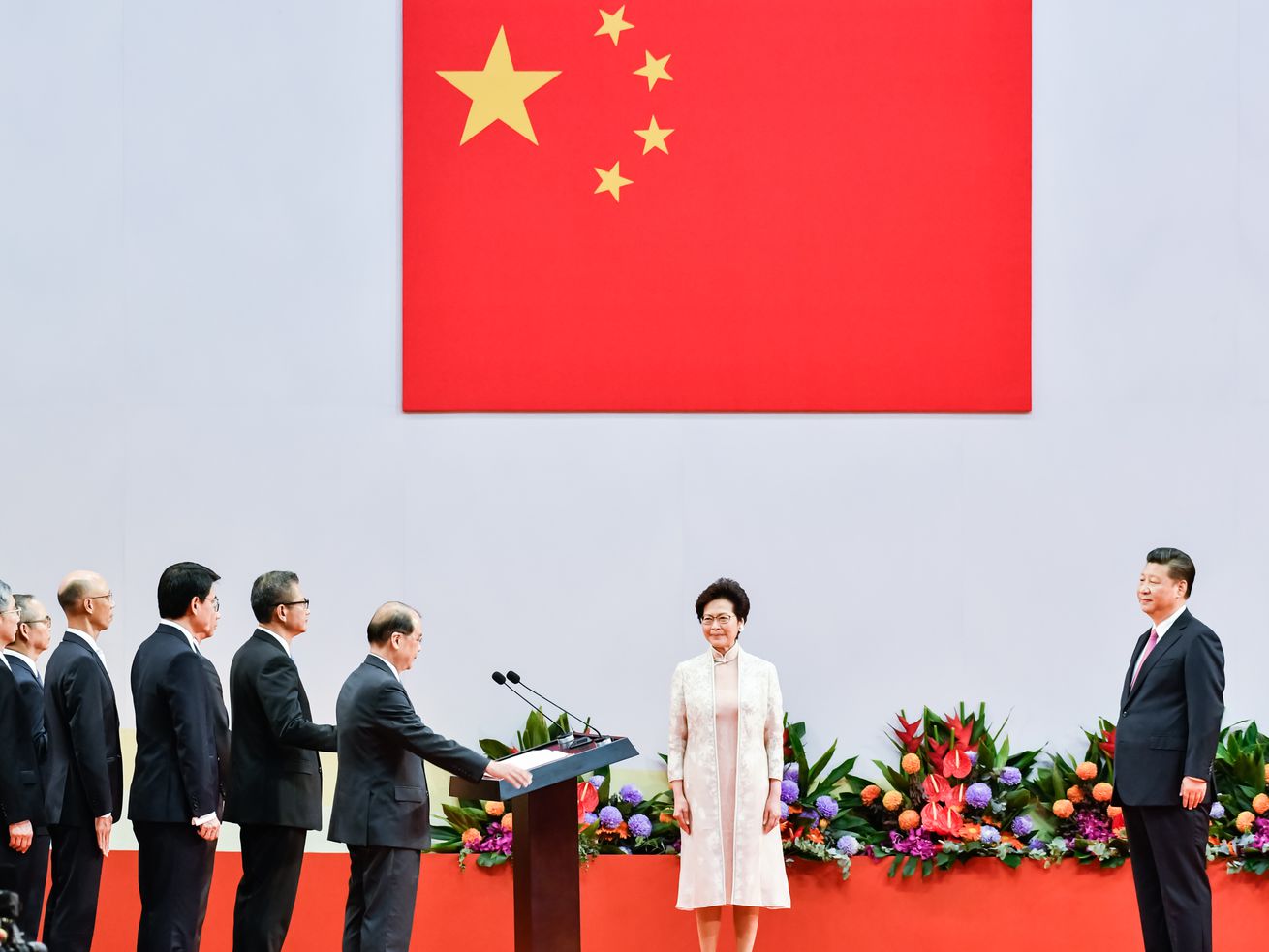 The controversial bill allows criminal suspects to be extradited to mainland China and has faced massive opposition.

The New York Times reports the pro-Beijing Lam has consulted with her superiors in mainland China, and will hold off on attempting to push the bill through again in an attempt to quell public anger and avoid further violence. The government announced its decision ahead of another large protest planned for Sunday.

Lam, who is reportedly known for “never backing down in a fight,” had previously vowed to press on with the bill, comparing protesters to “stubborn children,” even after as many as 1 million people took to the streets last Sunday. A follow-up protest delayed a debate on the bill Wednesday.

Although the bill’s progress through the city’s legislative council has been delayed, Lam said the measure has not been abandoned.

“I believe that we cannot withdraw this bill, or else society will say that this bill was groundless,” the chief executive said.

Leading opposition figures say nothing less than the full withdrawal of the bill is acceptable, and protest leaders have said Sunday’s demonstration will proceed as planned.

“This is not good enough, simply not right,” pro-democracy lawmaker Claudia Mo told the Times. “We demand a complete scrapping of this controversial bill.”

The controversial extradition bill empowers Hong Kong officials to extradite wanted criminal suspects to stand trial in mainland China, and requires Hong Kong to extradite suspects to jurisdictions it lacks extraditions agreements with. China and Hong Kong don’t currently share an extradition agreement — when Hong Kong finalized its extradition accords in 1997 after being released from British rule, it didn’t include China due to its “fundamentally different criminal justice system” and “concerns over the mainland’s track record on the protection of fundamental rights.”

While Hong Kong is technically under the control of the People’s Republic of China, under the terms of the 1997 handover of power from the UK to China, the city is supposed to be allowed to govern itself until 2047 under under a policy known as “one country, two systems.” Essentially, this means that while Hong Kong is under Chinese sovereignty, it is supposed to be free to retain its own political and legal systems. However, Beijing has been pressuring Hong Kong’s leaders to pass laws that bring it more closely in line with the Chinese government, including this recent extradition law, which is sponsored by the pro-Beijing government.

Many fear that the new powers would allow China to target any person in Hong Kong that it wants. But as Vox’s Alex Ward writes, the protests are about much more than just this particular bill. Rather, they are about the future of democracy, with protesters viewing the proposed amendments as part of China’s creeping attempts to assert its authority over the semi-autonomous Hong Kong:

Experts say the newest flare-up is part of the long-term resistance movement to keep the city as independent as possible.

“The proposed change to the extradition law, which would open up Hong Kongers and others passing through the city to the vicissitudes of mainland Chinese justice, is the latest in a long list of actions that undermine democratic freedoms and the rule of law,” says [Hong Kong expert at the Lowy Institute in Australia Ben] Bland, who also wrote a book about life in post-handover Hong Kong.

The protests, which were mostly peaceful when they began last Sunday, saw even self-described “regular citizens” take to the streets, with one protestor telling the New York Times, “We are not activists. Even as regular citizens, we can’t stand to see China eroding away our freedom.”

The protests have escalated in recent days. Riot police clashed with protesters on Wednesday, firing tear gas, rubber bullets, and beanbags at the crowd, as demonstrators tried to rush Hong Kong’s main legislative buildings. The protesters ultimately delayed a scheduled debate on the bill, although, at the time, few expected that they would be able to delay it indefinitely.

It now appears that is exactly what they have done. Lam has not yet made it clear when she plans to take the issue of the bill back up, although she has promised to listen to those who are against the measure.

“We will adopt the most sincere and humble attitude to accept criticisms and make improvements,” Lam said.