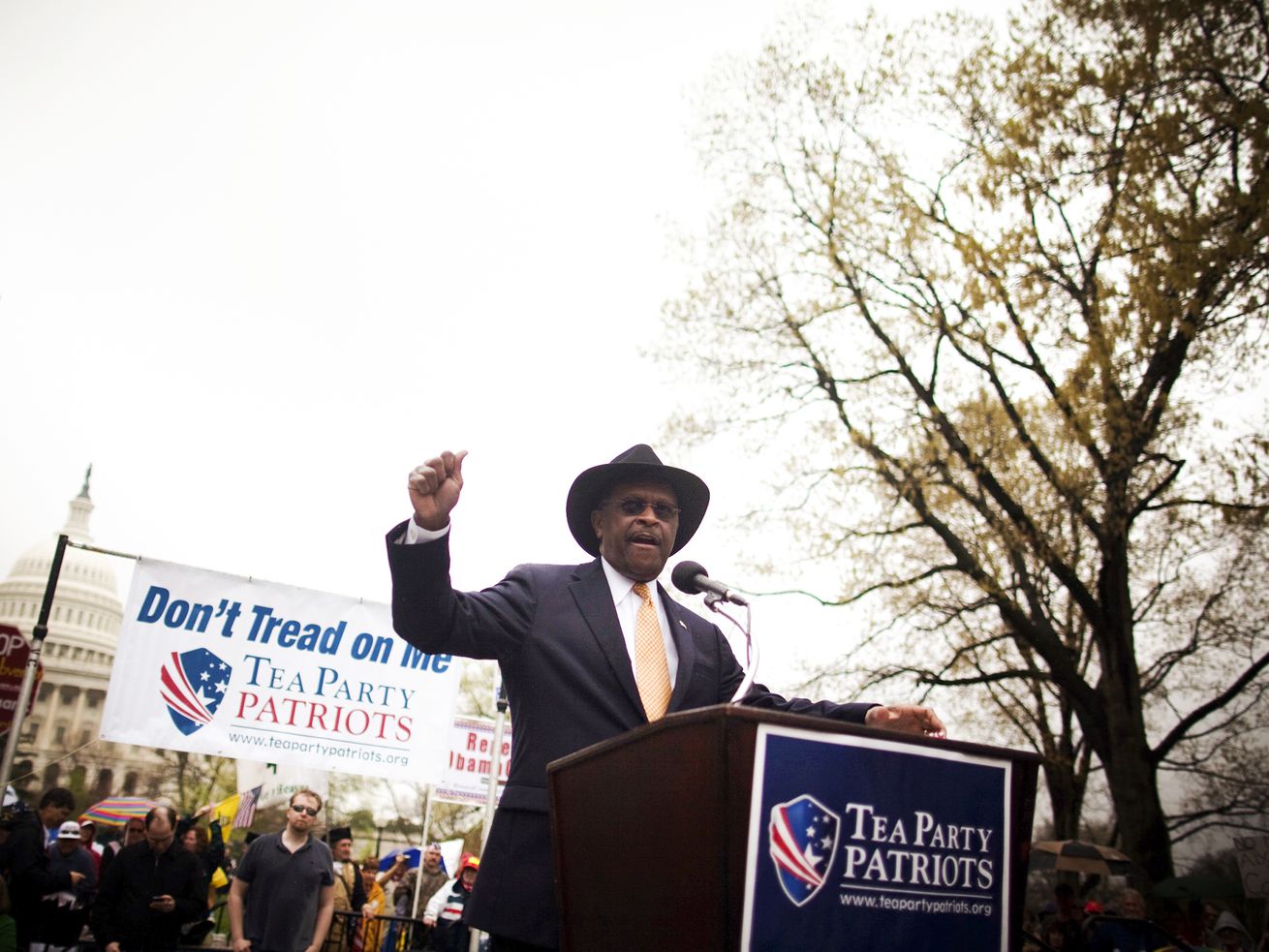 Cain was 74, the most high-profile political figure to die in the pandemic. He served for 10 years as the CEO of Godfather’s Pizza, a chain of fast-casual restaurants. He was also active in politics and public policy for much of his life, serving in several capacities at the Federal Reserve Bank of Kansas City and advising Bob Dole’s 1996 presidential campaign, before he sought the White House himself in 2012.

During the 2012 race, Cain was known for his 9-9-9 tax plan: replacing the current tax code with a 9 percent business transaction tax, a 9 percent personal income tax, and a 9 percent federal sales tax. He briefly surged to the top of the Republican primary field, taking a small lead over eventual nominee Mitt Romney in October 2011. But following several allegations of sexual harassment, Cain quickly dropped in the polls and he suspended his campaign in December before voting began.

He had stayed active in politics, enthusiastically supporting President Donald Trump. Cain attended Trump’s controversial June 20 campaign rally in Tulsa, Oklahoma, held over the objections of local health officials. He tested positive less than two weeks after attending the rally, though it was not possible to determine where Cain contracted Covid-19 given his travel schedule.

He was admitted to an Atlanta-area hospital on July 1 and died on Thursday. Cain, who survived colon cancer the decade before, would have been considered at a higher risk of developing severe complications from the coronavirus due to his age and medical history.

“We knew when he was first hospitalized with COVID-19 that this was going to be a rough fight. He had trouble breathing and was taken to the hospital by ambulance,” Dan Calabrese, editor of HermanCain.com, wrote in a post announcing Cain’s death. “We all prayed that the initial meds they gave him would get his breathing back to normal, but it became clear pretty quickly that he was in for a battle.”

Cain is one of more than 151,000 Americans to die so far in the Covid-19 pandemic, according to the Johns Hopkins University coronavirus tracker. As a Black man in his 70s, he belonged to two groups who are disproportionately more vulnerable to the virus.

Upon the news of his diagnosis, much attention was paid to the timing of Cain’s diagnosis, coming so soon after he attended Trump’s Tulsa rally (where he did not always wear a mask). But it will likely never be known how he contracted Covid-19. Cain was still traveling frequently, according to his family, and coronavirus cases have been rising in most states, including his native Georgia.

Experts have said that events like Trump’s indoor, mostly maskless rally could become superspreading events. Because the coronavirus is airborne and people can be infectious before they show symptoms, the virus is particularly adept at spreading undetected. As Katherine Harmon Courage recently wrote for Vox, research indicates that closed-air events are up to 20 times more likely to cause increased Covid-19 infections compared to open-air settings, and a very small number of people may be ultimately responsible for most of the reported cases.

Tulsa health officials have said that a spike in local coronavirus cases in the days following Trump’s rally was “more than likely” linked to the event.