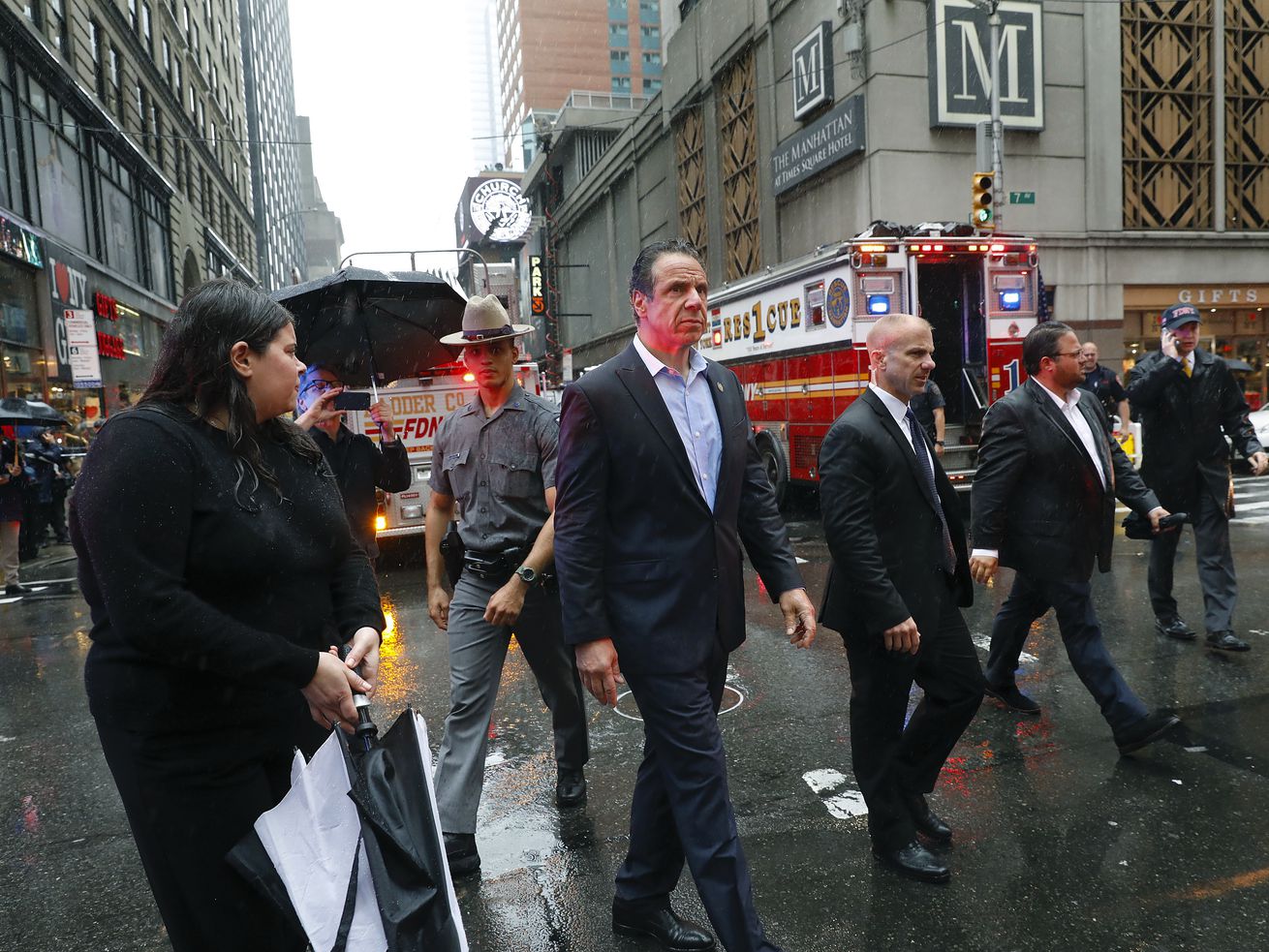 The Fire Department is reporting that one person has died in what is believed to have been a “hard landing.”

At least one person was killed when a helicopter crash-landed onto the roof of a high-rise building in midtown Manhattan on Monday afternoon, according to New York City Fire Department officials.

A fire broke out but has since been put out, according to the New York City Police Department. The person killed is believed to be the helicopter pilot.

This is a developing story, and officials have not confirmed what prompted the helicopter’s hard landing. Here’s what we know and don’t know.

#FDNY members remain on scene at 787 7th Ave in Manhattan, helicopter crash into building. The fire has been extinguished. There is currently one fatality reported.