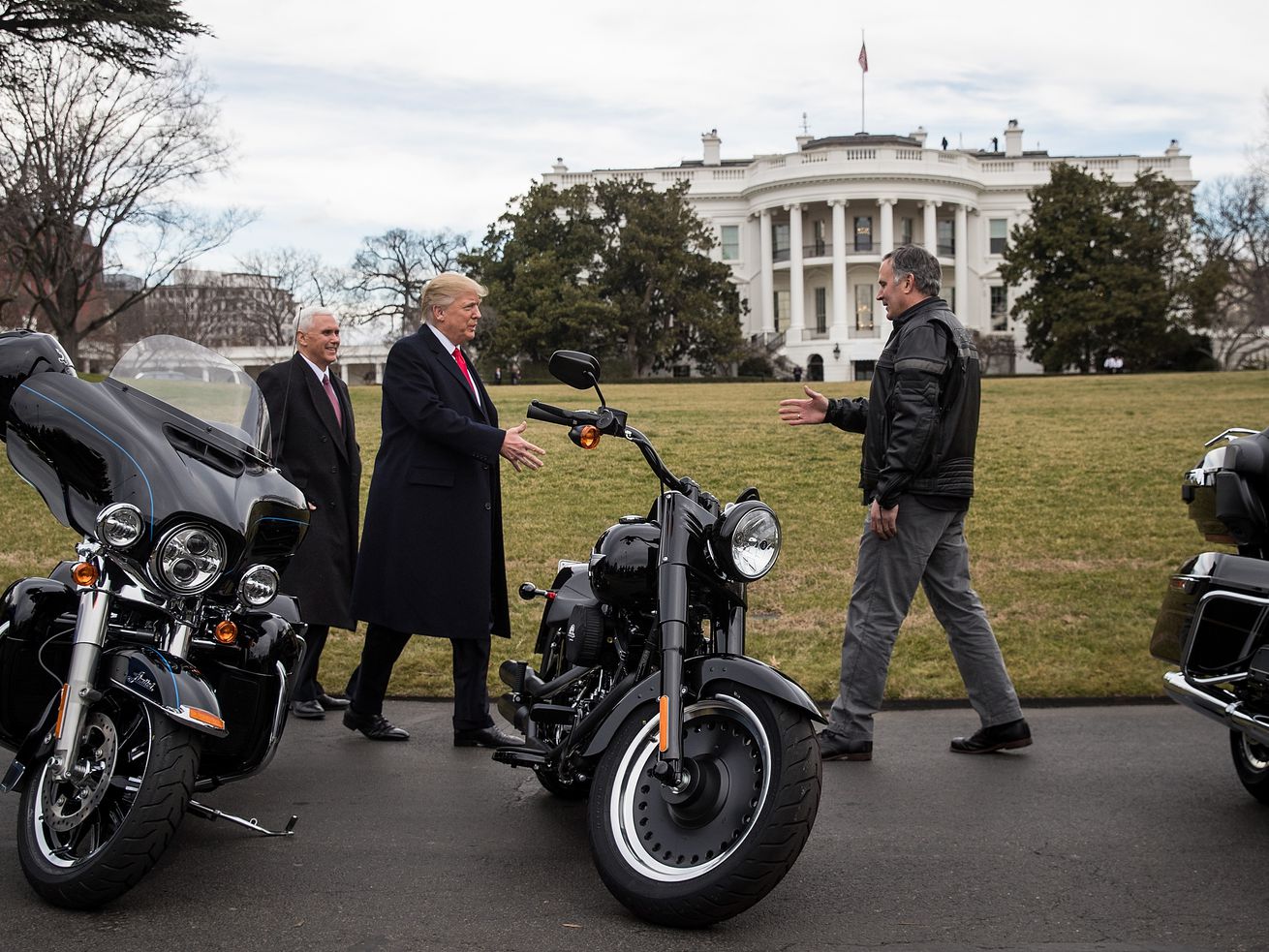 Harley-Davidson CEO Matthew Levatich will speak at Code Conference 2019 about his company’s plans to shift production outside the US.

Matthew Levatich is the CEO of one of the most all-American brands there is: Harley-Davidson motorcycles.

It’s only fitting, then, that he should find his company at the center of an all-American debate about global trade, taxes, and manufacturing that has resulted in Twitter callouts from President Trump.

Recode co-founder and editor-at-large Kara Swisher will get into all that and more with Levatich onstage at Recode’s Code Conference on Monday.

So how did Harley become involved in trade wars? Back in 2017, the Republican-led Congress passed tax cuts that lowered corporate tax rates by 14 percent. Republicans sold the bill with promises that, in exchange for the tax cuts, US companies would grow their workforce on home shores — specifically calling out Harley-Davidson as an example of a company that would keep more jobs in America.

Not long after, Harley-Davidson ended up shifting production of many of its motorcycles overseas, and it shut down its Kansas City factory. The company cited the Trump administration’s trade policies, such as levying tariffs on European products and ditching international trade agreements like the Trans-Pacific Partnership, as the reason for some of the changes.

President Trump was less than pleased, taking to Twitter to air his grievances:

A Harley-Davidson should never be built in another country-never! Their employees and customers are already very angry at them. If they move, watch, it will be the beginning of the end – they surrendered, they quit! The Aura will be gone and they will be taxed like never before!

Levatich, who began working at Harley-Davidson as a manufacturing project engineer back in 1994, has so far stayed relatively tight-lipped on the matter, refraining from engaging in a public back-and-forth. Under his leadership, the company has been expanding its customer base in growing markets overseas such as India.

We plan to ask him about Harley-Davidson’s manufacturing plans, how the company is expanding its business internationally, and how he feels about being the target of high-profile social media attention from our commander-in-chief. Levatich will join Swisher onstage at 3:35 pm PT on Monday, June 10.

For more background, read our explainer and other coverage on the Harley-Davidson trade war.