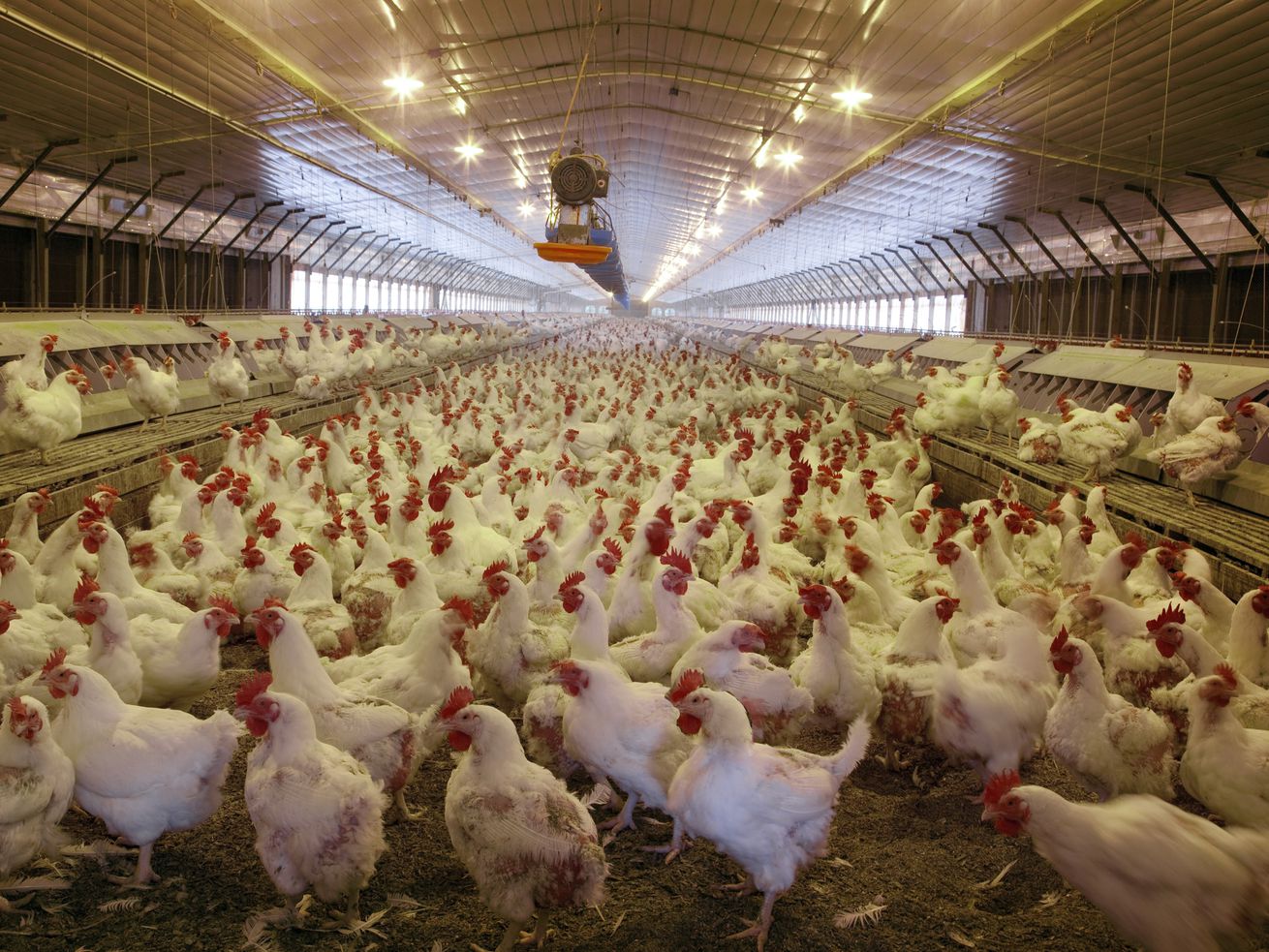 In barns like this one, growers raise chickens to eating weight in a few short weeks. | Buyenlarge/Getty Images

A “recovering poultry grower” explains why he gave up factory farming.

Craig Watts describes himself as a “recovering poultry grower.”

In 1992, he saw a newspaper ad looking for farmers to raise chicks into slaughter-ready chickens, and he considered the option. He already had a long-standing family farm in North Carolina, but he’d still have to invest a lot of money upfront— $200,000 to build two massive barns that would house thousands of chicks. As he remembers it, a representative from a big poultry company came out to convince him, and promised him positive cash flow, profits to pay off the buildings, and plenty of support.

“Those are the three biggest lies I ever heard,” he says.

Watts quickly found himself deep in debt. His contracts were short, and in order to keep getting them, he’d often need to make expensive upgrades that only added to his debt burden.

He was paid according to a tournament system. There was a base rate of pay, but the company would take the weights of his birds, look at how much grain the chickens ate and a couple of other factors, and rank his performance against all the other farmers in the area using an algorithm he had no access to. The highest-ranked farmers made more, and the lowest-ranked farmers made less.

The National Chicken Council, a trade association representing the interests of the chicken industry to Congress and federal agencies, defends this system, saying it rewards farmers for high performance and incentivizes them. But Craig was a high-performing farmer, and he was still frustrated with the system. He says it was hard to control his performance because he had no control over the feed or the chicks he got. He even documented instances where he received very sick chicks.

And he had few options. For many years, Craig remembers, there was only one poultry company in his area, so he couldn’t try to get a better deal elsewhere.

So in 2010, Craig Watts decided to fight back — even though speaking up potentially put him at financial risk. He would participate in a series of workshops that the Justice Department held, under the Obama administration, to gather evidence about problems in contract livestock raising.

On this episode of the Future Perfect podcast, Watts and Leah Douglas, a reporter for the Food and Environment Reporting Network, explain the arguments that were made in those workshops, the hopes they raised in farmers like Watts — and why they failed to make much of a difference in the end. Subscribe to the Future Perfect podcast on Apple Podcasts, Google Podcasts, Spotify, Stitcher, or wherever you get your podcasts.

This podcast is made possible thanks to support from Animal Charity Evaluators. They research and promote the most effective ways to help animals.