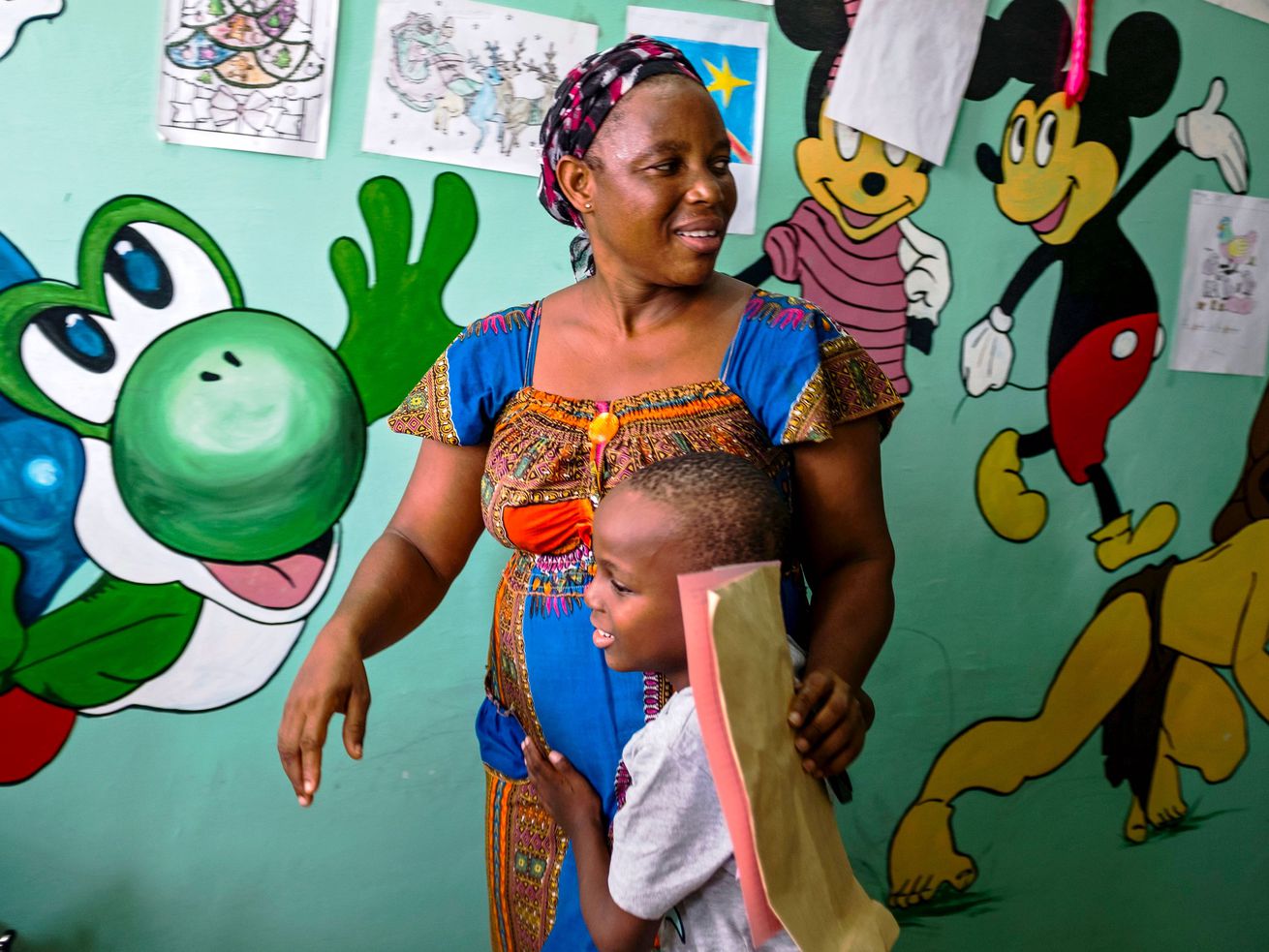 Naomi Matali and her son Wilner, a child who suffers from malaria, embrace in Ngaliema Clinic in the Democratic Republic of Congo. | AFP/Getty Images

If we play our cards right, we can eradicate one of the world’s deadliest diseases within a generation, scientists say.

Every two minutes, a kid under age 5 dies of malaria.

It’s one of the deadliest diseases in the world, and we’ve been trying to eradicate it for decades. We’ve made lots of progress: More than half the countries on Earth are now malaria-free. The distribution of bednets is estimated to have saved 6.8 million lives. And the number of kids under 5 who died of the disease plummeted from 440,000 in 2010 to 285,000 in 2016.

“For too long, malaria eradication has been a distant dream, but now we have evidence that malaria can and should be eradicated by 2050,” said Richard Feachem, co-chair of the Lancet Commission on malaria eradication, which just published the results of a major new study funded by the Bill and Melinda Gates Foundation.

“But to achieve this common vision, we simply cannot continue with a business-as-usual approach,” Feachem added. “The world is at a tipping point, and we must instead challenge ourselves with ambitious targets and commit to the bold action needed to meet them.”

The study offers a roadmap for beating malaria, a disease that’s transmitted to humans through the bites of infected mosquitoes, and that can cause problems ranging from fever and chills to severe respiratory problems or death. It recommends focusing on three areas: what it calls the “software” of eradication (think soft skills, like management training), the “hardware” of eradication (think molecular technology for diagnostics), and the financial investment needed to make it all happen.

And it’s crucial to make sure it happens, because malaria isn’t just a health issue, it’s also an equality issue, a social justice issue. This disease is preventable and curable — in fact, Malawi and Ghana recently piloted a new vaccine — but low-income and rural people still die of it because they often lack access to the treatments that could save their lives. The disease is most prevalent in poor countries, especially in sub-Saharan Africa, and also in the Indian subcontinent and Southeast Asia.

At a time in history when we’re armed with solid science and sufficient resources to deploy it, letting malaria continue to be a death sentence is arguably ethically indefensible. Plus, as the study notes, freeing a country of malaria means freeing it up to use its resources on other things, ultimately boosting its development and economic prosperity.

How to “bend the malaria curve”

If you were to draw a graph showing the incidences of malaria over time, you’d see that the curve is generally careening downward. However, the study authors note that progress sometimes stagnates, and between 2015 and 2017, 55 countries actually reported an increase in cases. Our goal should be to “bend the curve” so that it more quickly and consistently gets all the way down to zero.

The Lancet Commission, which was launched in 2017 by the Global Health Group at the University of California San Francisco, developed a machine-learning model to capture the complex associations between malaria and a bunch of current socioeconomic factors (like urbanization) and environmental factors (like climate change). Using projected global trends, they mapped these factors onto 2050 to see how they might affect the future global landscape of malaria.

For example, as global temperature and precipitation increase, will the prevalence of malaria also increase in certain parts of the world? What will the future look like if, right now, we intervene not at all, a little, or a lot?

The simulation shows us what 2050 will look like if we keep intervening at the same level we were intervening in 2017:

That’s not so great; malaria is still pretty widespread. But look what happens when we enhance our malaria intervention, deploying solutions such as insecticide-treated bednets more than we were doing in 2017. The simulation shows that we can feasibly have very little malaria in Africa by 2050.

If we add in new interventions that are reasonably expected to become available in the next few years, the authors say, we can eradicate malaria altogether. Here’s how they believe we should make that happen.

1. Enhanced ”software” of eradication: One of the biggest problems holding back progress on malaria is, very simply, a lack of management training among national malaria program managers and staff. Making this training more widely available would increase the quality of operations and ensure financial resources are being spent well.

We also need to give managers and staff access to more accurate, granular, and timely malaria data — including data on how biological resistance to antimalarials is evolving — so they can make more effective decisions. And we need to educate and encourage local communities to be active in malaria prevention.

2. New “hardware” of eradication: We need to create and deploy innovative tools to overcome the biological obstacles to eradication. That includes investing in new methods of rapid diagnosis, new long-lasting insecticides, and new medications. The latter two are especially crucial in an era of increasing drug resistance. Malaria parasites are always evolving resistance to commonly used drugs, as well as to insecticides like the kind used to treat bednets.

The study also urges us to explore out-of-the-box approaches like gene drives, which would entail changing the DNA of a few mosquitos and then releasing them so they spread the modification throughout an entire population. We could change species of mosquito so all their offspring are male (thus reducing their populations) or add a gene making them resistant to the malaria parasite (thus preventing transmission to humans). If you want to better understand how a gene drive works, watch this Vox video:

3. The financial investment: We need to galvanize new donors from all around the world while also urging greater domestic financing. The authors note that we should be prepared to increase our global spending on malaria by $2 billion per year. We currently spend a little over $4 million, but annual spending of around $6 billion will probably be necessary for eradication. If that seems like a prohibitive amount, consider that the US spends more than $6 billion a year on toilet paper.

The commission envisions a quarter of the $2 billion coming from increased development assistance from external donors and the rest of it coming from the governments of malaria-endemic countries.

Finally, the authors note that success in all these areas will depend on strong leadership and accountability mechanisms. They recommend creating an independent monitoring board for malaria eradication.