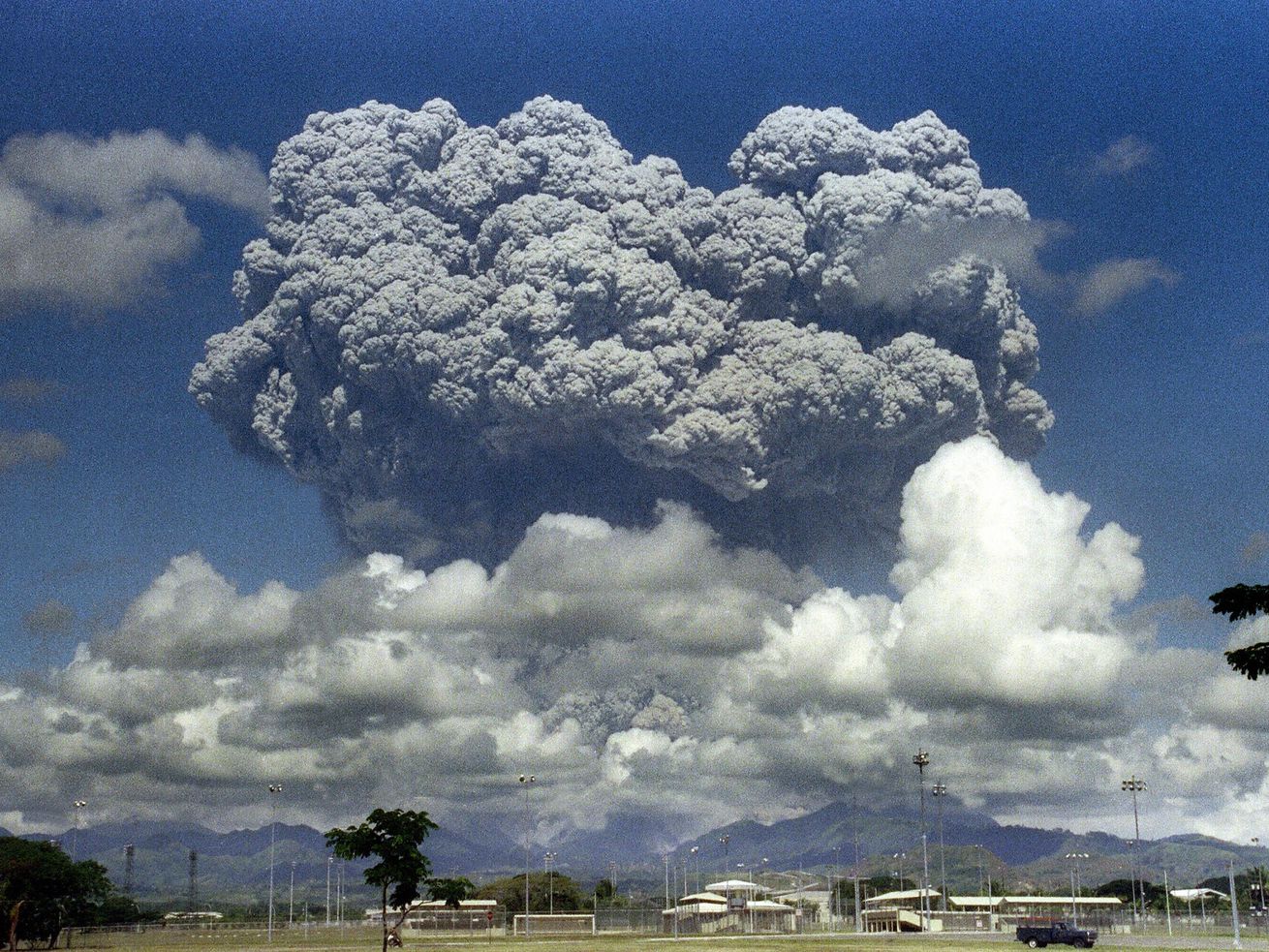 Harvard researchers want to see what adding calcium carbonate could do to the stratosphere.

With the planet on course for global warming of 3 degrees Celsius or more by the end of this century, and with major countries like the United States and Brazil run by climate deniers dead-set against reducing emissions, a team at Harvard is getting ready to test a last-ditch idea for cooling the planet before it’s too late: solar geoengineering.

Solar geoengineering proposes to reverse the effects of climate change by blocking sunlight, or reflecting it back before it reaches the Earth’s surface. A good model for this is the effect of volcanic eruptions, which shoot sulfur particles into the atmosphere and have, historically, caused sudden (but temporary) changes to global climate. The 1991 eruption of Mount Pinatubo in the Philippines caused a reduction in Northern Hemisphere temperatures of about 0.6 degrees Celsius; for comparison, man-made global warming has heated the planet by about 1 degree Celsius so far.

So one prominent form of solar geoengineering would involve, essentially, faking a volcano: deliberately spraying the atmosphere with sulfur particles in the hopes of causing a global temperature shift.

To date, as my colleague Umair Irfan explains, much of what we know about geoengineering comes from past volcano eruptions. But the new experiment — called the Stratospheric Controlled Perturbation Experiment and led by Harvard researchers Frank Keutsch, David Keith, John Dykema, and Lizzie Burns — aims to offer an actual, in-atmosphere test of what artificial geoengineering would do.

Nature’s Jeff Tollefson has a nice summary of how the experiment would work:

The first phase — a US$3-million test involving two flights of a steerable balloon 20 kilometres above the southwest United States — could launch as early as the first half of 2019. Once in place, the experiment would release small plumes of calcium carbonate, each of around 100 grams, roughly equivalent to the amount found in an average bottle of off-the-shelf antacid. The balloon would then turn around to observe how the particles disperse.

To be clear, we’re a long, long, long way away from a full-scale solar geoengineering attempt. The amount of particulate released by the experiment is “about the same amount that one commercial airliner releases in one minute of flight,” Gernot Wagner, an economist who works on geoengineering issues at Harvard, told me in an interview for Vox’s Future Perfect podcast.

And the idea of even doing a small-scale experiment unlikely to have significant effects faces opposition. “We have at least three powerful governments that want to tinker with the climate — USA, Russia and China — who would have no hesitation if they could unilaterally control the planet’s thermostat,” Silvia Ribeiro of the anti-geoengineering ETC Group said in a 2017 statement. “This is absolutely the wrong time for naïve scientists to give them the tools and the excuse to avoid their international commitments and conduct high-risk, unilateral techno-fixes that threaten everybody’s climate.”

Even if calcium carbonate does turn out to have a significant cooling impact without threatening the ozone layer, that’s not necessarily enough reason to go forward with it. Once unleashed, we’d have to keep pumping particles into the atmosphere indefinitely, and probably in greater quantities as greenhouse gas emissions continue to mount, or else risk an immediate, large-scale increase in temperatures that could wreak massive havoc.

But if the world continues on its current emissions path, we might have to choose, in 2030 or 2040 or 2050, between the (quite bad) option of geoengineering and the (also quite bad) option of enduring and adapting to the effects of large-scale global warming. And the Harvard experiment could help us understand which of those two bad options would be worse.