GARY WOODLAND’S incredible US Open charge comes after devastating personal tragedy, including the loss of a child in a miscarriage.

And in January this year the major-champ-in-waiting discovered his grandmother had passed away the night before the final round of a tournament he was leading.

Woodland, 35, from Topeka in Kansas, US, called 2017 the “toughest year” of his life after he and wife Gabby tried to come to terms with the loss of one of their babies during pregnancy.

It was in March that Woodland – who goes into the final round at Pebble Beach one shot ahead of Justin Rose – unexpectedly pulled out of the WGC-Matchplay ahead of his match against Rory McIlroy.

Earlier that month he had posted images of the babies’ scans on Instagram and wrote: “First time I’ve been excited about a double #twins.”

A week passed before Woodland told the world what had happened, 28 days after the photo of the scans.

In a statement charged with emotion, Woodland said: “Last week I withdrew from the WGC-Dell Technologies Match Play to be with my wife, Gabby, as there were complications with our recently announced pregnancy with twins.

“Gabby and I have since had to cope with the heartbreaking loss of one of the babies, and our doctors will be closely monitoring the health of my wife and other baby for the remainder of the pregnancy.

“We appreciate all of the love and support during this difficult time as we regroup as a family.”

The heartbreaking loss came at a time when Woodland was playing some of the best golf of his career with two runner-up finishes and four top-10s up to that point of the year.

‘TOUGHEST YEAR OF MY LIFE’

Fortunately, the couple welcomed son Jaxson in June, eight months after they tied the knot in a beach ceremony in Amanyara, a beautiful Caribbean island.

But that was not without another gut-wrenching moment.

Woodland posted a photo of himself holding his newborn with the message: “G and I are so excited to welcome Jaxson Lynn Woodland into the world.

“He came to us 10 weeks earlier kicking and screaming at 3lbs. G and Jax are both doing great.”

And the doting dad has flooded his social media page with photos of him proudly holding his son since.

But it was not until 40 days after the birth that Jax could go home with his parents.

Woodland wrote: “Delayed interval delivery is rare and even rarer that Jaxson was able to stay in utero for 13 weeks longer.

“After 40 days in the NICU, Jaxson is home. We couldn’t be more thankful for the St Lukes team who has helped our little guy grow.”

Fast forward to this year’s Masters and Woodland had his son come along for a walk in the par-3 contest.

His grandmother died at her home in Kansas the night before Woodland was trying to win the first tournament of the year in Hawaii. 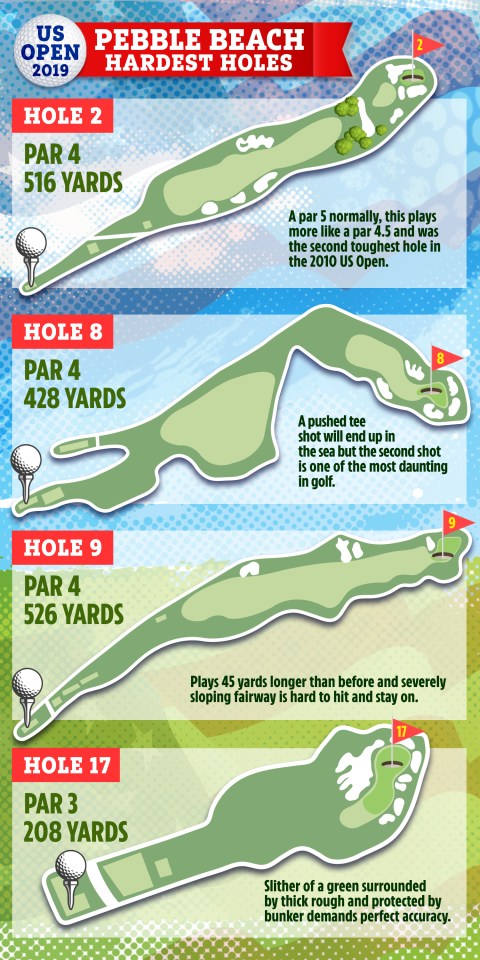 REED IT AND WEEP

“She’s been downhill for a little while now. It’s been tough. You try to prepare for that but you never really can. So definitely have a little extra emotion with me, but we’ll get through it.”

Woodland did not win the event but anything on the course pales into comparison to the rollercoaster ride his personal life has taken.

Such perspective can only help him tonight in his quest to win his first major and establish himself as one of the game’s best.

Wishing everyone a Merry Christmas from the Woodland’s