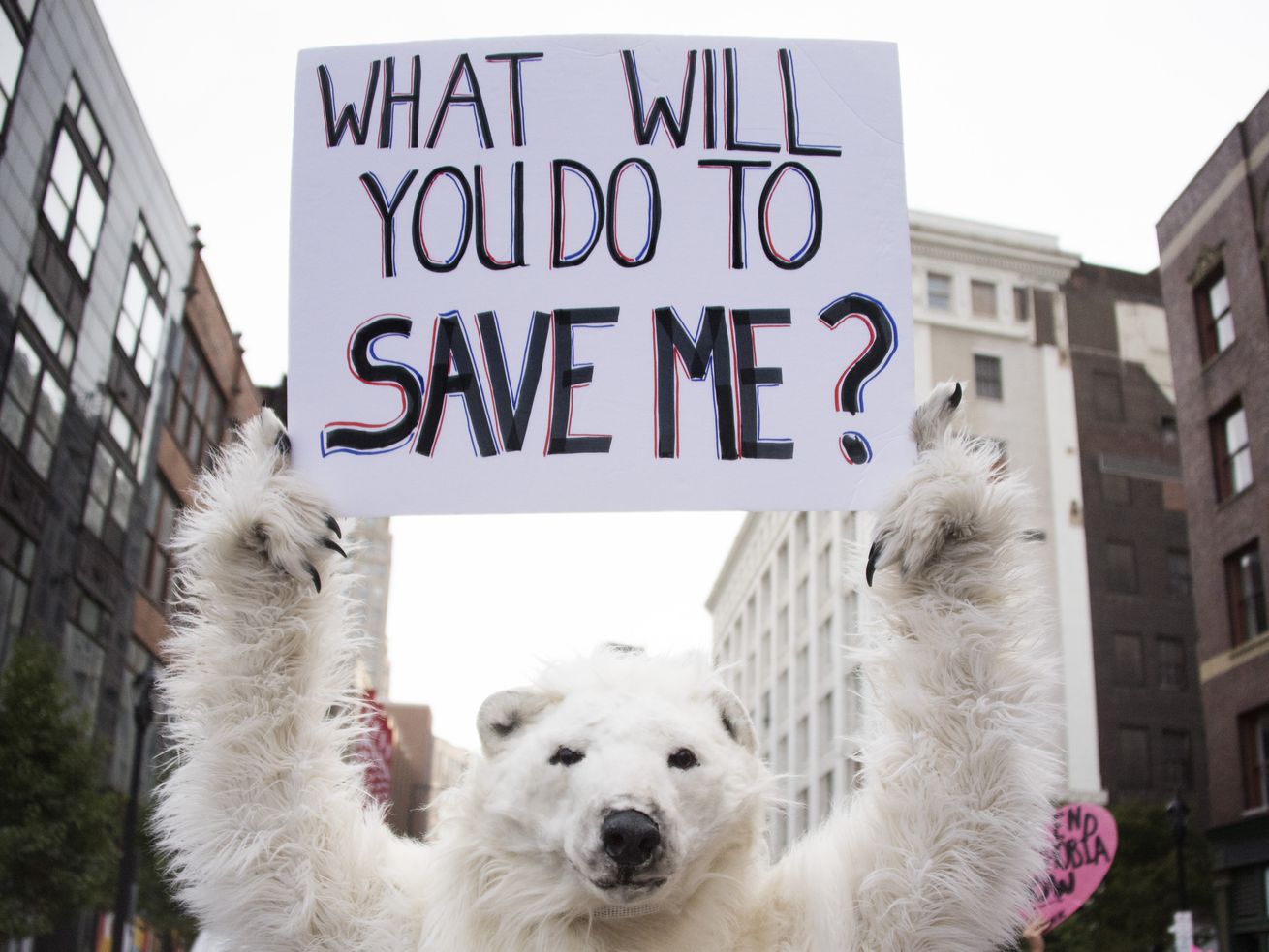 Republican ideology is on a collision course with public opinion.

The Republican Party is in a bind on climate change.

On one hand, it has spent decades denying that global warming is a problem and is ideologically opposed to all the public policies — taxes, investments, and regulations — that might solve it.

On the other hand, public opinion on climate change is shifting quickly, especially among young people. Even majorities of Republicans want the government to do something to restrain carbon emissions. Corporations, cities, states, regions, other countries, just about everyone is adjusting to life in a decarbonizing world … except Republican leadership. They can only hold out so long without suffering at the ballot box.

I have described this dilemma before, but I recently came across a couple of stories that put it into particularly sharp relief, with some familiar characters at the center.

On one side is Frank Luntz, the longtime conservative pollster and wordsmith, credited with, among other things, popularizing the term “death tax” for estate taxes. On the other side is Grover Norquist, the founder of Americans for Tax Reform, right-wing ideological enforcer, and keeper of the no-new-taxes pledge every Republican ends up signing.

In between them is the GOP climate dilemma. Let’s unpack it.

Luntz is famous for (among other things) a 2002 memo to George W. Bush telling Republicans how to talk their way around the environmental issues, which contains this notorious passage:

It also instructed them to call it “climate change” rather than “global warming.”

The CLC is pushing a “carbon dividend” policy, which would implement a rising carbon tax and refund the revenue directly to taxpayers — while also rolling back some (allegedly) unnecessary regulations. The CLC is backed by a PAC, Americans for Carbon Dividends, run by ex-senator lobbyists Trent Lott and John Breaux. (I wrote about the CLC proposal here.)

It’s probably best not to read too much into one poll on one specific policy (especially from a pollster with some incentive to produce positive results), but some of Luntz’s more general findings echo recent findings in other polls:

Pressure is building, especially among younger Republicans, who are frustrated that the party has ceded the issue to Democrats. The GOP is in danger of alienating a whole generation. (Pew and Yale surveys have found similar things.)

Grover Norquist warns the GOP not to touch a carbon tax

The pressure to be productive on climate change is starting to get to some Republicans. Recently, Mitt Romney let it slip that he was open to a carbon tax.

In response, Norquist pulled together a group of 75 conservatives, mostly from various think tanks and right-wing advocacy organizations, to sign a letter to Congress. Here’s the full text:

The letter was signed by such notable conservative intellectuals as Thomas Pyle of the American Energy Alliance, Myron Ebell of the Competitive Enterprise Institute, and Phil Kerpen of American Commitment.

In case that short letter is not clear enough, Norquist has penned a few jeremiads — see here and here — spelling out his opposition to carbon taxes at greater length. (His reasons are substantially identical to the reasons he opposes all other taxes.)

Norquist’s message is the same now as it’s been for years: Any elected Republican who gets near any tax will face the full force of the conservative media/ideological enforcement machine. The money and access will get cut off, there will be a primary, and the offending pol will end up an outcast. Norquist has issued the warning many times, and backed it up often enough that it carries weight.

Luntz vs. Norquist: stuck in the middle with you

In between these two conservative influencers and their contrasting messages lies today’s GOP, being pulled toward revanchist radicalism by its older white base and toward modernity by its moderates and youth. The tension is most evident around climate change, and there is no obvious way to resolve it. A party that maintains its intransigence and denialism will bleed away the next generation’s voters. But any Republican legislator who sticks their head up for decent climate policy will get it chopped off by Norquist et al.

To be clear, Norquist still speaks for the bulk of the conservative movement’s most active members, including most of its legislators. In both 2016 and 2018, House Republicans (nearly unanimously) passed resolutions rejecting any carbon tax. For most ideological and older conservatives, the negative connotations of the word “tax” — beaten into their heads by decades of conditioning — run far deeper than any focus group explanation of climate policy.

A tax on “carbon” is a tax on driving a car, heating your home, air conditioning, airplanes,ships, Uber drivers, refrigeration.

A “carbon tax” is a tax on civilization, progress and jobs

Politicians who support “carbon taxes” think you live too well. They plan to “fix” that.

But the GOP cannot ignore its own young people, the broader public, and the climate itself forever. Republicans will either stay in their bunkers, in which case Luntz’s warnings will come to pass and they will become ever older, whiter, and more out of touch; or they will learn how to stand up to Norquist and his machine. They can no longer avoid making the choice; circumstances are thrusting it upon them.

They need to do what conservative parties in most developed democracies do, which is come up with their own plan to tackle climate change. And no, their recent “innovation” smokescreen isn’t going to protect them. In the UK, a conservative MP recently put forth a bill that would target net-zero carbon emissions! Emissions are either being reduced or they aren’t; no amount of Luntzian wordsmithing can obscure that.

As for Democrats, they will face their own choice soon. If they take power in 2020, there will be many voices in Washington counseling them to bargain themselves down to the flawed and inadequate policy being put forth by the retired Republicans of the CLC. After all, it’s “bipartisan,” which automatically makes it the preferred option of knee-jerk “centrists.”

New piece from @NRO highlights Republican climate efforts & advocates for a US carbon price: “The most targeted and effective free-market policy to incentivize reduced carbon emissions, the primary cause of climate change, is a carbon tax.” Read it here: https://t.co/Nh8RpjIxaO

It’s a concession that will gain Democrats nothing, since only a tiny handful of Republicans support the climate dividend policy, even in theory, and none are likely to show up to help pass it through a Democratic Congress. But supporting a “bipartisan” solution will allow moderate Dems to write pompous op-eds in the big newspapers, which they treasure.

The smarter move would be to see Luntz’s memo for what it is: a sign that climate hawks are winning. Public opinion is being dragged along by the enthusiasm and activism of the climate youth movement. So that movement should keep pushing, keep dragging, and everyone in the Democratic Party should welcome it.

Eventually, the GOP will come along on climate change, driven by forces beyond the control of Grover Norquist or the Koch brothers. Between now and then, Democrats have a chance to establish generational ownership of a political issue that will dominate the 21st century. Slowing down to bargain now would completely miss the point, both politically and atmospherically.