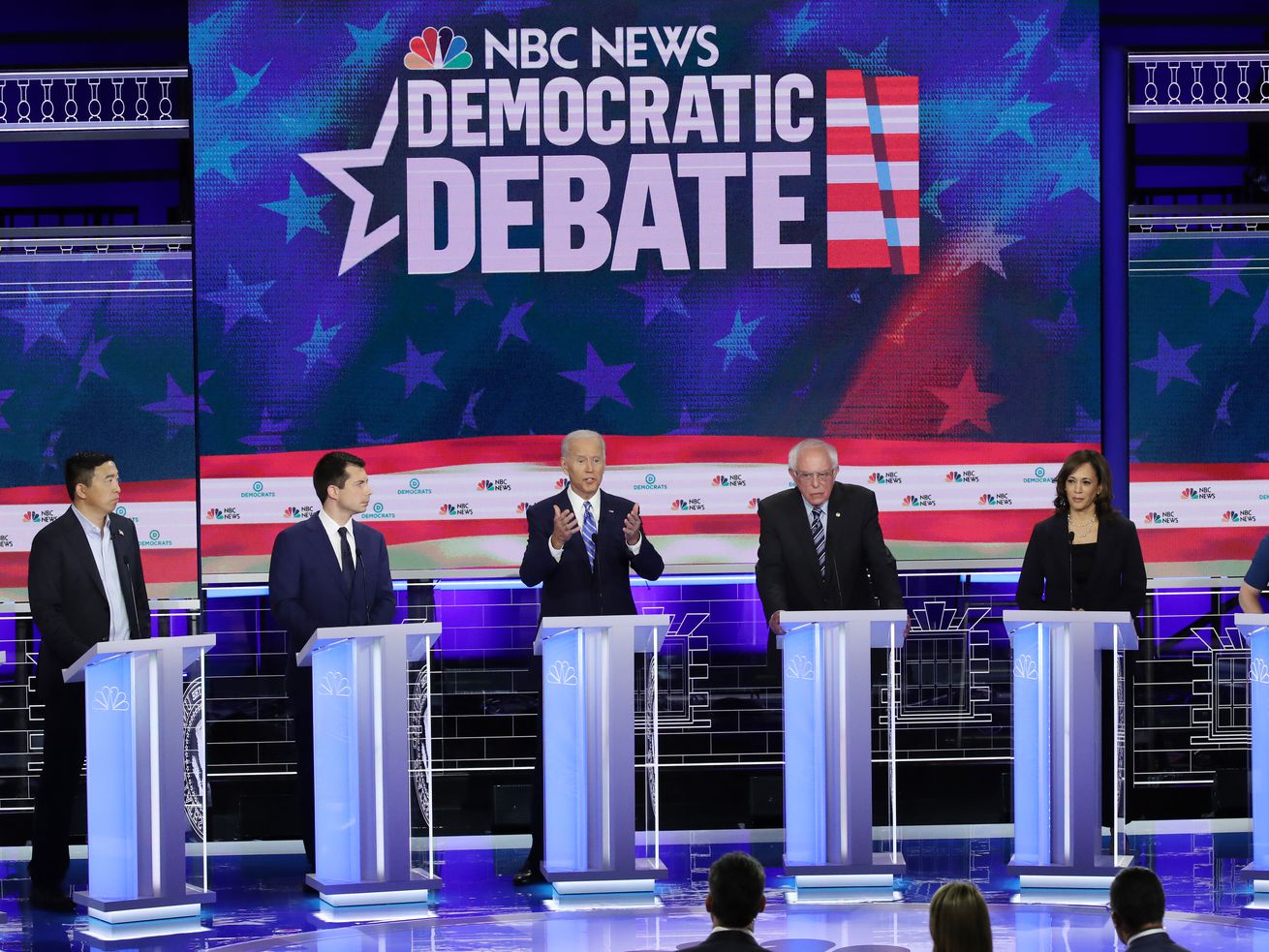 There were a few highlights, but, for the most part, national security questions didn’t get much play.

There was one obvious loser in the first round of Democratic debates: foreign policy.

Night one eked out a few notable moments, but the bar somehow lowered on night two, when the 10 candidates on stage barely engaged with some of the most critical foreign and national security issues the US is facing right now.

Candidates on both nights did bring up foreign policy briefly in discussions of how to address the poverty and violence in Central America that are forcing people to flee to the US. On the second night, a few candidates said they’d seek to rebuild the US’s relationships with NATO allies after the damage done by President Donald Trump. And a few on both nights mentioned the threats posed by Russia and China — though no one offered specifics on how to deal with either of those geopolitical foes.

Author Marianne Williamson’s plan to call the prime minister of New Zealand as her first act as president and tell her “Girlfriend, you are so on” may have been the most detailed proposal on Thursday night.

Of course, this is not entirely the candidates’ fault. Twenty hopefuls appeared on stage over two days, with limited time to talk. All were very much at the mercy of moderators who were far more focused on domestic issues like health care, immigration, and the economy than foreign affairs.

But when questions did come up, candidates’ answers often lacked substance. For instance, on Thursday night, Sen. Michael Bennett (D-CO) and entrepreneur Andrew Yang were asked how they’d handle China.

Both replied that Russia was a greater geopolitical threat because of its meddling in the elections (though neither offered a plan to circumvent that particular menace, either). And both said that they agreed China was an economic threat, but that a trade war isn’t the right approach. What the right approach is, however, was never explained.

South Bend, Indiana, Mayor Pete Buttigieg was also asked how he’d stand up to China. “We have to recognize that the China challenge is a serious one,” he replied. “This is not something to dismiss or wave away. China is using technology for the perfection of dictators.”

Buttigieg then criticized Trump’s economic approach, saying that “this president is fixated on the relationship that if all that mattered was the balance on dishwashers” rather than countering an authoritarian China.

“The biggest thing we have to do is invest in our own domestic competitiveness,” he continued. “If we disinvest, we will never be able to compete. If we want to be an alternative, we actually have to demonstrate that we care about democratic values at home.”

Even there, Buttigieg didn’t really explain how he’d invest in this domestic competitiveness. And that was pretty much the end of the direct questions about China, only one of which went to a top tier contender (Buttigieg). China only came up again toward the end, when candidates Yang and former Colorado Gov. John Hickenlooper both said they’d like to reset the US-China relationship as president.

Foreign policy doesn’t tend to be an issue high on voters’ lists of concerns — so with limited time and a huge field, it makes sense to focus more on domestic political debates.

But the lack of national security and foreign policy questions is a big deal, and will be even more so in the upcoming debates. International affairs is one area where the president has significant unilateral power. And as Vox’s Alex Ward has noted, it’s also an area where “their decisions often have immediate life-or-death consequences for thousands if not millions of people.”

President Donald Trump has proven this during his tenure. He ripped up and in some cases renegotiated trade deals, including the decades-old North American Free Trade Agreement (NAFTA). He bombed Syria in retaliation for a chemical attack. He threatened North Korean leader Kim Jong Un with fire and fury — and now they exchange love letters. He pulled the US out of the Paris climate accords.

He rolled back President Barack Obama’s opening with Cuba. He imposed tariffs on America’s allies and threatened to use tariffs as leverage on everything from trade to immigration policy. He withdrew from the 2015 Iran nuclear deal, leading to the standoff that’s putting the US and Iran closer to conflict. He’s continued to preside over wars overseas — but also announced abrupt troop withdrawals that have rattled US allies.

Trump largely made these policy decisions on his own, without the approval or say-so of Congress. If the next president comes from this field of 2020 Democrats, he or she will inherit the consequences of Trump’s foreign policy decisions. At the very least, they should be asked how they plan to address those issues — and be able to provide real answers.